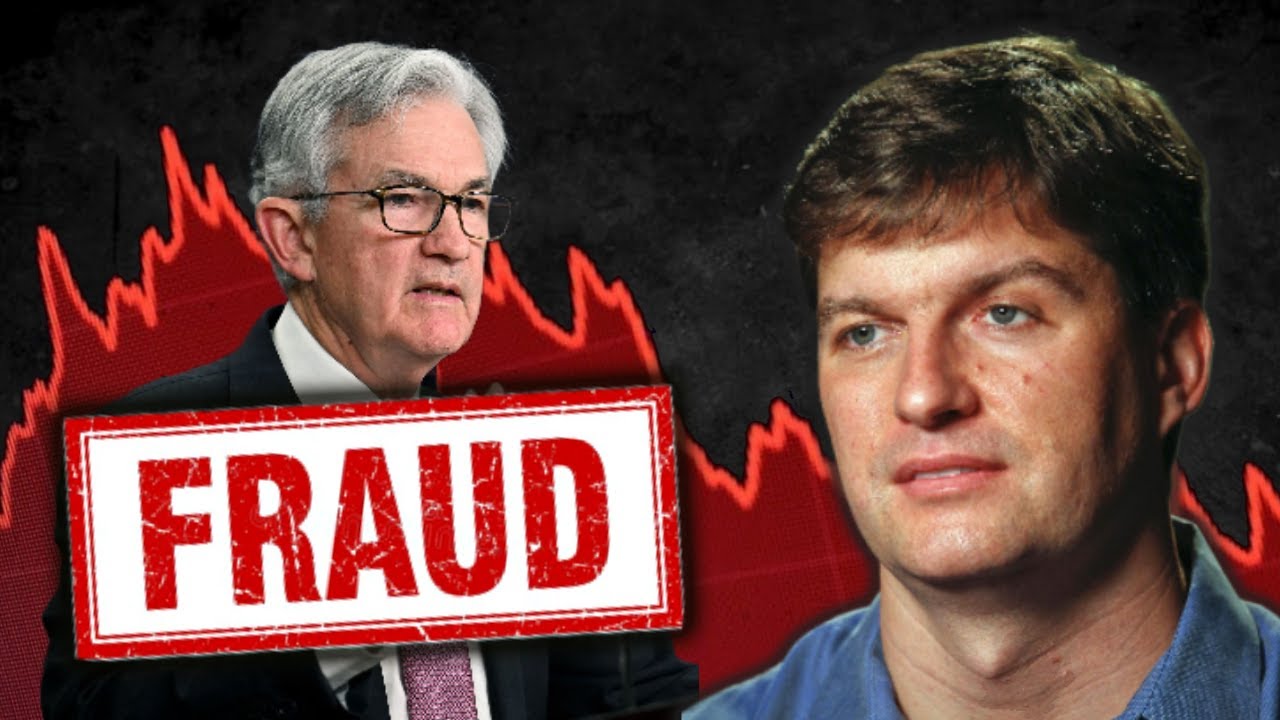 Michael Burry just exposed the US government for the worst scandal of all time. We’re talking about world war III, insider trading, government manipulation, and a multi-year inflationary crisis. People thought Burry went insane when he predicted the 2008 housing bubble. But the housing recession is like a baby compared to the monster that Burry sees right now. He’s either the smartest man in the room or the most delusional fund manager.
The Federal Reserve is lying. They were supposed to pull back tens of billions of dollars out of the economy starting on June 1st 2022, but they didn’t do so. That might sound like a bold claim to make, but it’s backed by unrefutable evidence. The Federal Reserve has to disclose all of its assets by law, which can be found on the New York Fed website. Starting on June 1st, the Fed claimed that they were going to sell $47.5 billion worth of securities per month. This selling includes $30 billion worth of Treasury bonds and $17.5 billion of mortgage backed securities. Michael Burry looked through the Fed’s website and noticed that they were not selling the amount that they claimed to be doing. Burry tweeted, “Drugs are hard to kick. Fed was supposed to sell $30B Treasuries and $17.5B Mortgage-Backed Securities per month starting June 1. Quantitative Tightening. During June mortgage backed securities holdings rose almost $3B. Treasury holdings fell less than $10B.” So instead of selling $30 billion of treasury bonds or Treasuries in June, the Fed only sold less than $10 billion of treasuries. And instead of selling $17.5B of mortgage-backed securities, or MBS in short form, the Fed actually bought $3B worth of MBS. The Fed is deceiving everyone right in front of their faces. I’m currently recording this video in August, so let’s see if the Fed followed their plan in July 2022. On July 6th, the Fed’s holdings totalled at $8.364 trillion dollars. On August 3rd, the Fed’s holdings were worth $8.344 trillion dollars. That’s a $20 billion decrease, which is not the $47.5 billion decrease that the Fed was promising. I subtracted the two charts to find exactly which securities changed month over month Treasuries fell by a total of $27 billion instead of the promised decrease of $30 billion. MBS holdings actually increased by over $8 billion instead of the promised decrease of $17.5 billion. This is outright fraud by the Federal Reserve. They’re not cutting back at the rate that they promised. In addition to this, the US government is also concealing the fact that the economy is crashing. After the US economy appeared to be entering a recession, the White House changed the definition of a recession. A recession is generally defined as two consecutive quarters of negative GDP growth. The US GDP has declined for two quarters in a row, so we are currently in a recession. The White House does not want you to think that. The White House released a blog on July 21st describing a recession as a decline in the labor market, consumer and business spending, industrial production, and incomes. Burry knows this is ridiculous because the economy, which is tracked by the gross domestic product, is clearly declining. He tweeted that “The White House would like you to redefine a recession as one in which consumers are not borrowing on credit cards to pay for inflation, and neither is the labor force inadequate for the size of the economy. GDP out Thursday, not that there’s anything wrong with that.” Burry is essentially saying that The White House is purposely deceiving you with the wrong statistics. The White House is claiming that inflation adjusted income, or real personal income, is an indicator of economic stability. Burry knows this is inaccurate because credit card debt is skyrocketing to pay for increasing prices. The other statistic that The White House pointed to was the unemployment rate, which is still quite low as of now. Michael Burry believes this is once again deceiving because less people are participating in the labor force. People have been leaving the labor force by retiring or simply not looking for jobs. The unemployment rate only counts those who are actively looking for jobs. This is seen in the labor force participation rate, which is signficantly lower than pre pandemic levels. The unemployment rate is calculated by taking the number of unemployed people and dividing it by the labor force. Because previously unemployed people are leaving the labor force, the unemployment rate is being artificially lowered. This is because subtracting a constant number on the numerator and denominator leads to a lower outcome. If we take the fraction ⅗ and subtract 2 on the numerator and denominator, the percentage goes from 60% to 33%.

Housing market ‘will be struggling for a little while longer,’ economist says
Buyers are Liars and Seller are Too Timeless Real Estate Wisdom #shorts #realestate #freedommentor
Hang on, now you have to pledge allegiance to the climate change gods to get a job? | Redacted News
Buying A $5,000 House: Cheap Houses For Sale 😱
How to Get Started In Real Estate Investing: What State is Best? #shorts #realestateinvesting