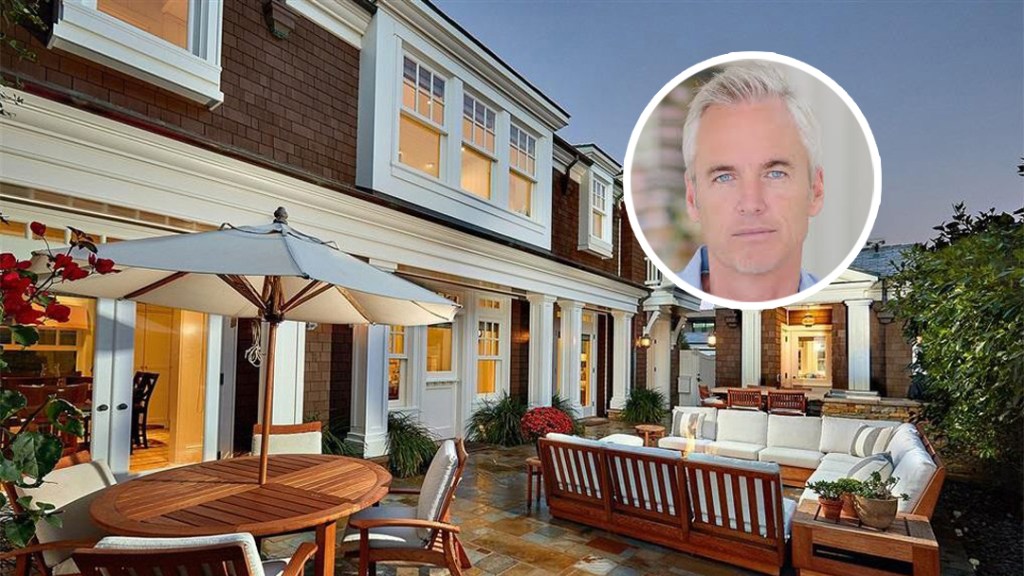 That’s a lot of chalupas! Michigan natives Tom and Brenda Rinks have forked out $23.3 million for an oceanfront compound in Del Mar, the charming coastal village that lies just north of downtown San Diego. The couple’s splurge was last year’s biggest residential real estate sale in the entire surrounding county, according to the San Diego Union-Tribune.

Tom Rinks is the co-founder of Sun Bum, the popular premium sunscreen/skincare line sold in stores across the nation. But he might still be best-known to the general public for creating Taco Bell’s infamous chihuahua, the beret-wearing, Spanish-speaking dog who took over airwaves in the late ’90s with the catchphrase “Yo quiero Taco Bell.” Rinks and Joseph Shields created the character for Taco Bell, who they alleged subsequently breached their contract to produce the ad spots with a different ad agency. An 11-year legal war followed, and Taco Bell ultimately paid Rinks and his partner $42 million for stealing their pooch. (Rinks’ attorney in that doggone dispute, for what it’s worth, was Douglas Emhoff, husband of Vice President-elect Kamala Harris.)

Built in 2009, the Cape Cod-style compound is “Del Mar’s most exquisite oceanfront home,” boasts the listing. The structure’s 4,200 square feet of living space has 50 feet of ocean frontage, and the property is protected by a sea wall, behind which sits a massive stone patio with unstoppable sea and sand views.

Inside, the primly elegant interior amenities include a chef’s kitchen with fancy Wolf and SubZero appliances that opens to a fireplace-equipped family room and a breakfast room set into a curved, windowed wall with ocean vistas. There’s also a media room, wide-plank hickory pecan wood floors, and a lavish upstairs master suite with a so-called “romantic reading cove” with more views of crashing waves. Out back, just across a public road, lies a guesthouse with an attached two-car garage.

There are also six guest bedrooms, but outdoors beachside is where everyone will want to be — the property is blessed with a massive, built-in banquette centered around a firepit. Elsewhere is a full outdoor kitchen with BBQ and separate al fresco dining area.

The Rinks’ new coastal castle is just a quick jog to the famed Del Mar Racetrack, and it lies only two doors away from the new $43 million compound of Bill and Melinda Gates, and just around the corner from Jenny Craig’s former estate, which sold for $22 million last year to investors Matt and Laurie Coleman.

Rinks, now in his late 50s, ran a t-shirt company before co-founding Sun Bum in 2010. The company now generates a reported $70 million in revenue per year and has a West Coast headquarters in Encinitas, just outside of downtown San Diego; last year, Sun Bum and its monkey mascot were acquired by SC Johnson for a reported $400 million. As Taco Bell’s long-lost chihuahua Gidget might say, “Viva gorditas!”

Cheaper to rent than buy in most major U.S. cities
Alarming New Trends Emerging in the US Housing Market
How To Buy a House in the USA
$3.6MM Luxury House Flip Before & After – Farm House Renovation Before and After, Luxury Home Tour
28 Million New Home Buyers Coming 2023