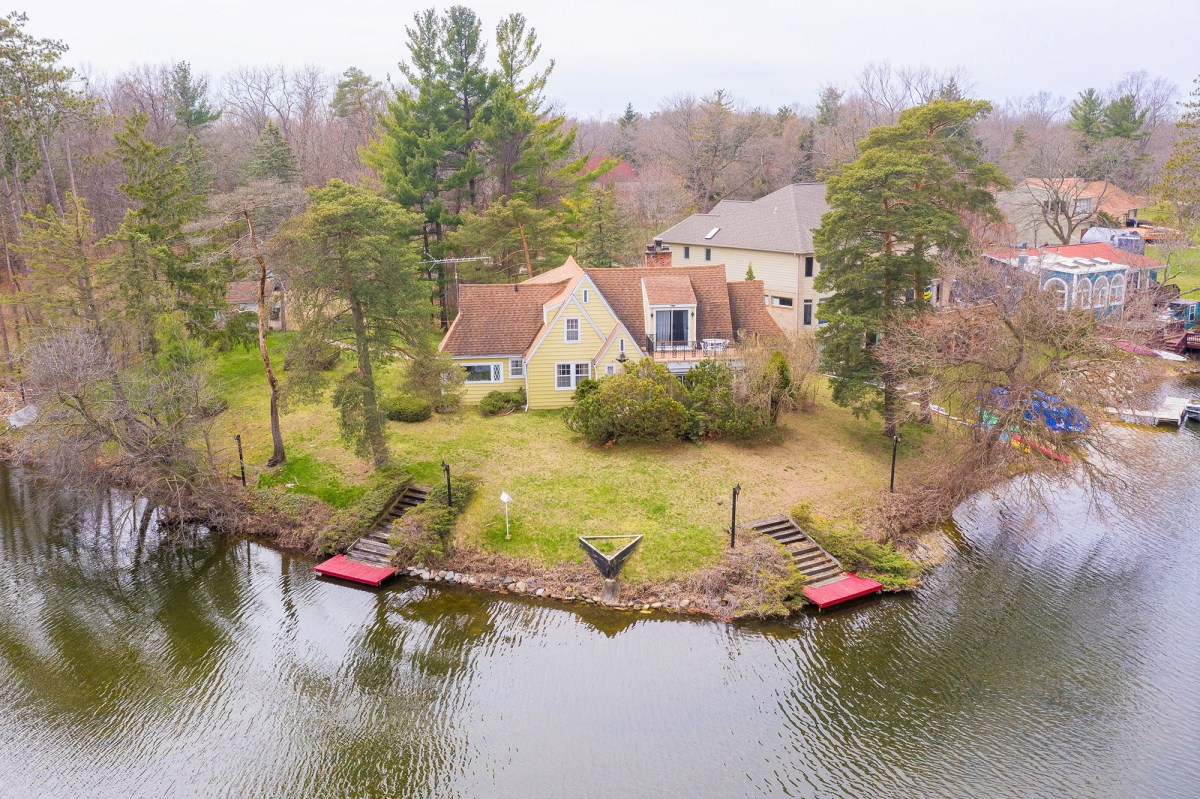 We all want to escape 2020 right now — but what if you actually could? This far-out lake house in Orion Township, Michigan, may help you do just that.

The three-bedroom property — which just sold for $410,000 earlier this month — is straight out of the 1970s, with a classic burnt-orange shag carpet in the dining room and living room, golden yellow countertops, daisy wallpaper in the kitchen, and a bright-red shag carpet in the guest bedroom that may or may not compel you to bust out your bell bottoms and do the hustle.

Originally built in the 1930s, the house could pass as an average all-American getaway from the outside, but the explosion of ’70s retro colors inside makes it a true time capsule, one that takes you right back to “The Brady Bunch” era.

“We had an absolute blast in that house growing up; it was definitely our party house,” said Al Vaitas, whose namesake uncle, Al Banys, bought it as a weekend escape in 1973. Banys died two years ago, at 82, and left the house to Vaitas and his brother Ray.

“My uncle was a true bachelor,” Vaitas told The Post. “He never married, he had his fair share of girlfriends and he never wanted to settle.”

And man, did he love that house.

After he bought it, Banys selected all of the groovy décor himself, from flower-power, crochet-knit blankets to bright yellow folding chairs to those oh-so-’70s plush velvet couches. But then, rather than redecorating in the ’80s, or the ’90s, or even the 2000s, he kept it as is for more than 40 years.

“He never, ever thought of redecorating . . . ever,” Vaitas said. “He loved that look. This was his look! He actually thought the look was contemporary. He never even realized that décor had evolved throughout the years. He was so proud of the way he decorated it, and liked it exactly the way it was.”

Banys never lived in the house full time, which perhaps explains why he never felt the need to renovate.

Back in 1941, Banys and his family fled Lithuania during World War II, eventually landing in Detroit. He lived with his extended family in a five-bedroom house in Bloomfield Hills, Michigan, for the majority of his life. The lake house was his personal getaway, only half an hour from Bloomfield Hills but a total departure from everyday routine. The whole family ended up spending lots of time there, too.

“My parents had so many parties there, and we would spend the summers swimming and the winters ice fishing,” Vaitas reflected, adding that ice fishing was always his favorite. “Here in Michigan, we’re outdoors people, and my uncle and my dad especially loved that sport. The lake would freeze over, and we’d go out there and we’d drill our holes, and they’d have their drinks and lots of fun.”

Although Vaitas is sad that he won’t get to go ice fishing this winter, he’s happy to hear that the house will live on in the future.

“Before my uncle died, he told my brother and I that the house was probably going to be a teardown — but the new owners are actually going to renovate it, instead!” he said. “They are going to put insulation in the house and preserve the moldings and the layout — so the house will be given new life.”

Now that the disco dust has settled, the jury’s still out on whether the new owners will keep the vintage motif. But Vaitas said that’s neither here nor there.

“We have great memories in that house, but life has to go on,” he said. “It would’ve been a great set for a ’70s movie, though!”