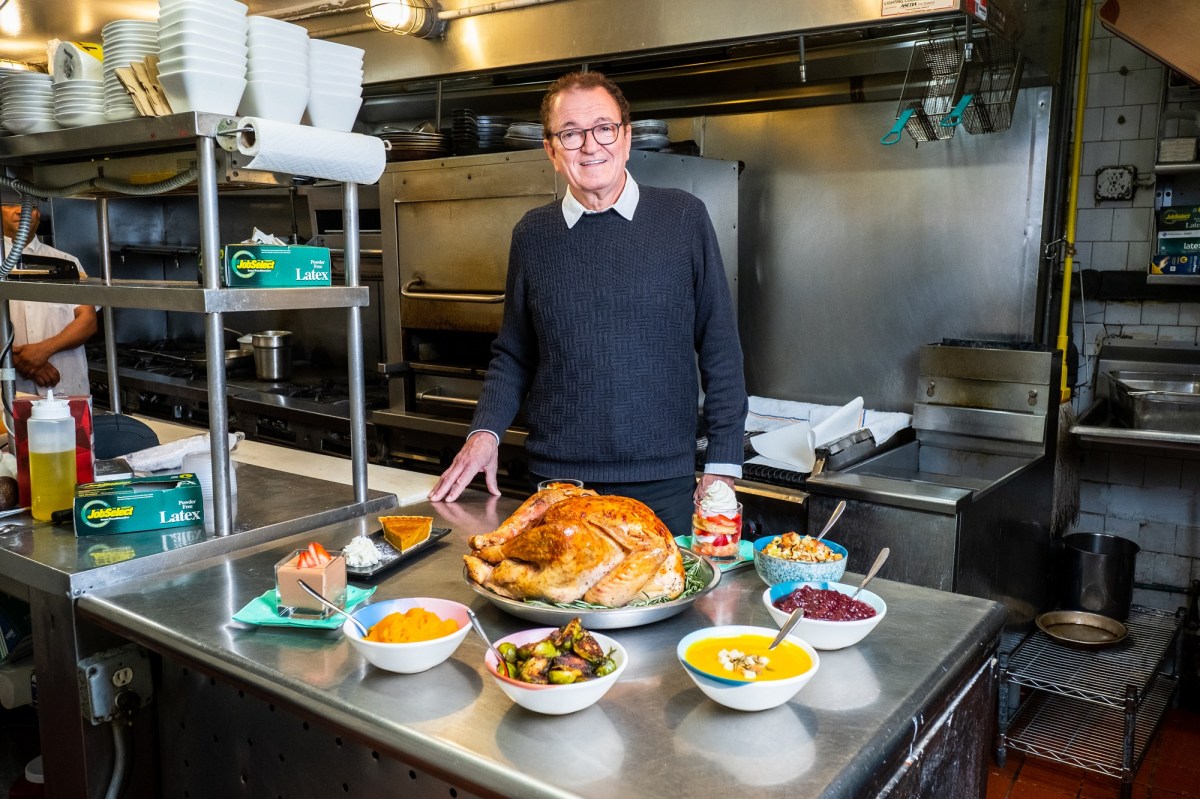 In a pre-COVID world, Thanksgiving was an opportunity for Filippo Arnalboldi to get away with his wife and two school-aged children. They would ski for a week in Switzerland, get a culture fix in Paris or book a fun-in-the-sun getaway on a Caribbean isle.

“We’d get on a plane and go,” said Arnaboldi, an Upper East Side resident and the CEO of the luxury linens company Frette. “We’re anywhere but here.”

This year, the pandemic has thrown their usual plans to the wayside. Given the restrictions on foreign travel, they are renting a house in Sag Harbor for Thanksgiving.

The family goes to the Hamptons regularly during the Memorial Day-to-Labor Day season, but never in unfashionable November.

“It’s a first for us, but the Hamptons is where the action is at,” he said. “It seems like everyone we know is going to be there, especially for Thanksgiving but even for Christmas.”

Historically, November through April are sleepy months in the Hamptons, a time when throngs of city dwellers head back home, restaurants close, villages are quiet and the traffic is light. But this year, the activity started in March when the pandemic hit and New Yorkers fled the city for a more secluded setting — and, it hasn’t stopped since, real estate firms, local business owners and longtime homeowners told The Post. As a result, the Hamptons are finally looking like a real year-round destination.

“There’s a phrase out here called Tumbleweed Tuesday, which references the Tuesday after Labor Day when everyone leaves, and the area changes overnight,” said Robert Nelson, the executive managing director in the Hamptons for the brokerage Brown Harris Stevens. “That didn’t happen in September. It’s so alive right now with streets full of people and hopping restaurants.”

From West Hampton to Montauk, Brown Harris Stevens has already brokered some 300 rentals for the fall and winter season, compared with less than 50 during the same time last year, Nelson said.

“In my 35 years as a broker, I have never seen such a demand for properties in the so-called off-season,” he said.

Sotheby’s International Realty is also seeing unprecedented fall and winter business. According to the company’s latest market report, it sold 80 properties in the $3 million to $6 million range in the Hamptons in the third quarter of the year, compared with 33 during the third quarter of 2019.

In Bridgehampton specifically, the company sold 39 properties, a 77 percent increase over last year, while in Southampton it sold 146, an increase of 39 percent.

Overall, there was a 48 percent increase in home sales volume in the Hamptons this October, compared to last year, according to data from the Hamptons listing service Out East.

Even East End hotels are doing big business this winter.

In Montauk, Gurney’s is seeing double the midweek occupancy for their four beachfront cottages, year-over-year. And Dede Gotthelf, owner of the Southampton Inn, said that her hotel is currently full of families who have booked staycations while they shop for longer-term housing in the Hamptons.

“All of a sudden, the Hamptons has this new appeal,” said developer Joe Farrell, who is putting luxury homes on the rental market during the winter months for the first time — including his mansion at 51 Sandpiper Lane in Bridgehampton, which is asking a whopping $150,000 a week.

All that demand, means that winter deals in the Hamptons have vanished this season. A typical Hamptons rental this winter is asking between $10,000 and $100,000 a month, almost double the ask of past years, Nelson said.

“It’s the classic scenario of supply versus demand,” he said. “Before, no one wanted to be here, but that’s no longer the case so it’s expected that prices are going to go up.”

The mad dash for the Hamptons may be a nightmare for home hunters, but it’s been a boon for small-business owners who took a financial hit in the early days of the pandemic.

Tony Fortuna, the owner of the restaurant T Bar in Southampton, for example, normally closes for the season in September. Not this year. “We have tried to keep going longer, but the customers just weren’t there,” he said.

Now, in mid-November, the eatery is thriving with up to 250 guests on Saturdays, and Fortuna has no plans to close at all this winter. He’s even offering a family style to-go Thanksgiving dinner — including an organic 22- to 25-pound turkey plus all the traditional sides and fixings — for the first time ever. Other local restaurateurs and poultry purveyors said that this year their limited supplies of Thanksgiving turkeys are being gobbled up.

“Customers in the Hamptons are ordering so much turkey that we joke about training them to fly east,” said Frank Ottomanelli of the high-end Manhattan butcher S. Ottomanelli & Sons.

Arnaboldi, a T Bar regular, was quick to lock down one of Fortuna’s Thanksgiving dinners. He knew supplies wouldn’t last.

“If we’re going to be in the US for Thanksgiving and celebrating in the Hamptons, we may as well go all out and have a real feast,” he said. “There are so many people out east for the holiday that I didn’t want to miss my chance to reserve a turkey.”

Why Home Prices will CRASH by 30% in 2023
Are Mandates coming back?!?! #shorts
Real estate outlook 2023: What buyers, sellers, and investors need to know
Investing in Residential Vs. Commercial Real Estate 🤑 #shorts
How To Buy a House in the USA