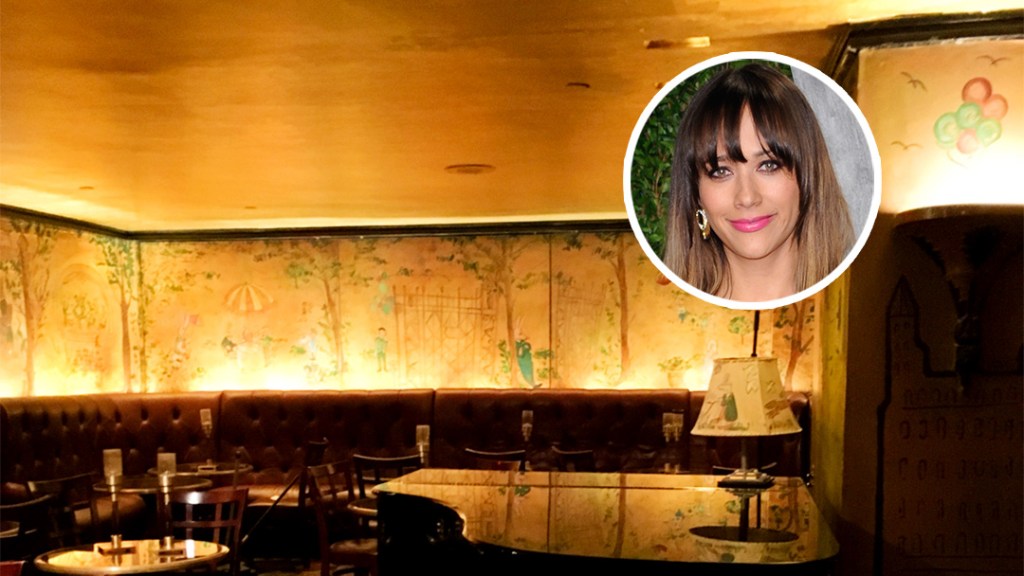 Hollywood seems to be in a very New York state of mind lately considering the many recently-released productions showcasing the Big Apple, including “Dash & Lily,” “The Undoing,” and “On the Rocks.” The latter, Sofia Coppola’s latest streaming venture with Apple TV+ and A24, follows Laura (Rashida Jones), a melancholy author who, suspecting her husband of cheating, employs her womanizing father, Felix (Bill Murray), to help navigate the situation. The quest takes the duo to Bemelmans Bar, an upscale NYC watering hole situated off the lobby of the Upper East Side’s storied The Carylye hotel.

I recognized the bar on sight, having been introduced to it back in 2008 via its appearance in “Sex and the City: The Movie.” It’s been a love affair ever since! New York may be chock full of landmark lounges, but none is perhaps more lauded than Bemelmans. Though the legendary clientele, stiff drinks, and intimate ambiance all add to its allure, the real draw is the golden wraparound mural lining the walls. The whimsical piece was created by the bar’s namesake, Ludwig Bemelmans, author of the beloved “Madeline” children’s book series.

The commission, comprised of imaginative vignettes of animals frolicking in Central Park throughout all four seasons, was completed in 1947, the same year the bar opened to the public. In lieu of payment, Bemelmans and his family were given a free 1.5-year residency at The Carlyle in exchange for the work. Aptly titled “Central Park,” the painting is, incredibly, the only exhibition of Bemelmans’ art currently on public display.

To maintain the iconic piece, The Carlyle employs seven full-time painters. Their preservation weapon of choice? Wonder Bread! According to Edible Manhattan, during an extensive 2002 restoration, it was discovered that the best way to remove the nicotine stains caking the prized painting was a gentle application of the classic white bread soaked in water.

For more Dirt on Bemelmans Bar, click over to the gallery.

How To Start House Flipping As A Beginner (2023 Guide)
Flipping houses. South Side Chicago. Kitchen. NEGC Remodeling. Click subscribe to see our projects.
The American Dream vs Reality: Home Prices and Rents in America
FUN FACTS ON USA REAL ESTATE MARKET #shorts #viralshorts #youtube #realestate #viralshorts
If you’ve been thinking of getting into house flipping, it’s time to take action!