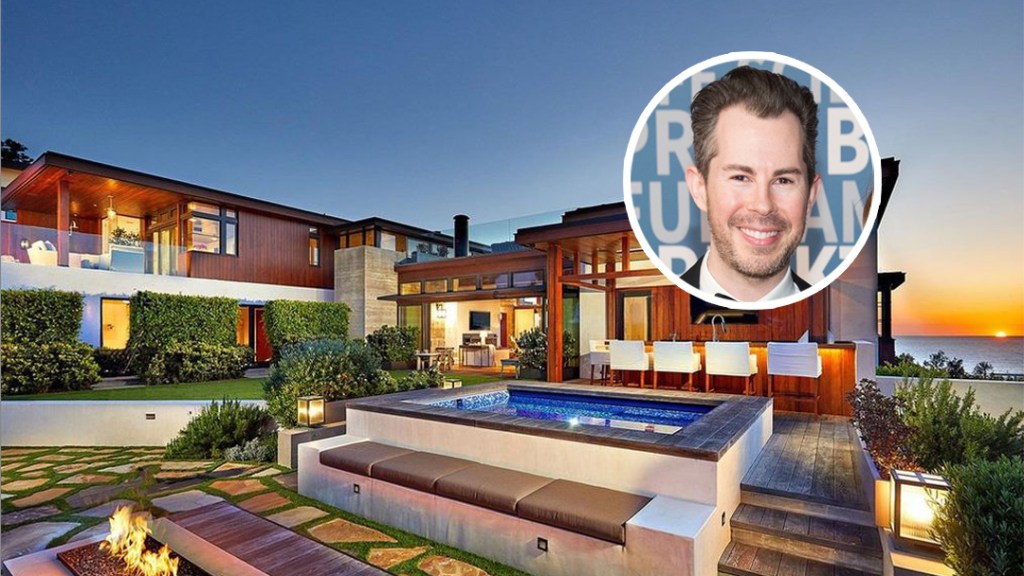 Though it has a reputation as a quaint, postcard-perfect beach getaway, the San Diego County town of Del Mar has also long been aggressively expensive, and it’s got mansions every bit as lavish as those in Malibu or Newport Beach. Over the summer, one of the area’s most aesthetically extroverted homes sold for exactly $18 million in a cash deal — particularly impressive because the property does not lie anywhere near the sand, although it does sport a sensational ocean view.

Built in 2015 by now-retired NFL quarterback Carson Palmer, and designed by L.A.-based mansion specialists KAA Design Group, the 6,500-square-foot contemporary extravaganza is clad in a mixture of concrete and exotic hardwoods. Sited on a quiet cul-de-sac in the Del Mar hills, the half-acre lot includes a sunset-facing infinity pool, a separate spa, a sports court, a bocce ball court, an outdoor kitchen/BBQ area, and a rooftop deck with practically endless coastline sightlines.

Palmer, who paid $4.4 million for the half-acre lot in 2010, first attempted to sell his custom creation for $25 million in 2015, though it took five years — and multiple pricechops — for the place to finally find a buyer.

The home’s new owner is Silicon Valley veteran William “Bill” Maris, a man previously described as “San Diego’s most high-profile tech investor.” Maris, in his mid-40s, founded and led Google Ventures — the multibillion-dollar angel investing arm of Alphabet, Inc., until 2016. Maris now leads his own venture fund, the San Diego-based Section 32, which reportedly has raised $400 million in capital since its 2017 inception.

The G-Wagen-driving Maris also has a taste for flashy living, and his new Del Mar digs certainly measure up in that regard. Inside, the private resort includes a gorgeous blend of mahogany ceilings and walls of glass, a spa-like master retreat, a chic kitchen with designer appliances, and a full load of smart home technology — the home’s lights, sound, and security cameras can be operated remotely, from the touch of a handheld device.

Perhaps the property’s most impressive feature, however, is not the blufftop views but rather the massive attached garage, which can accommodate up to 10 cars, something practically unheard-of in tightly packed Del Mar.

Maris, who has a son with his ex-wife, singer-songwriter Tristan Prettyman, once owned a Palo Alto condo next door to the longtime home of Apple CEO Tim Cook. And back in 2014, he paid $2.9 million for a modern home in L.A.’s Beverly Grove neighborhood that he subsequently flipped — after just four months of ownership — for exactly $3 million.

Flipping Houses and Landlord Business on the Rise
Housing Market: Will 2023 Be Another 2008 For Real Estate Investors?
Are you ready to buy your next real estate?
The US is actually making Ukraine WEAKER! #shorts
BEWARE of Buying a Home Here (Investors & Builders Causing BIG Problems)