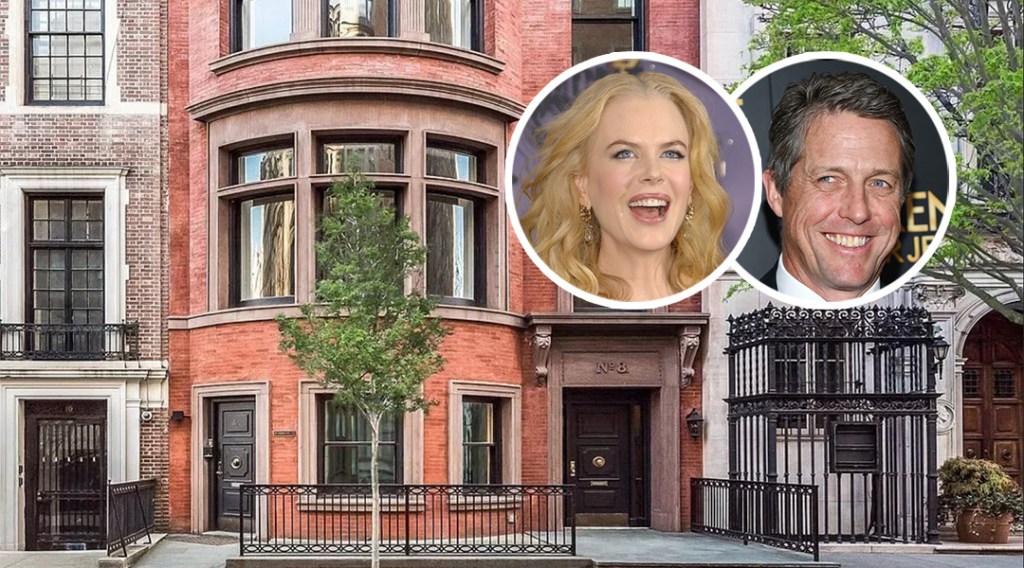 The only thing more striking than Nicole Kidman’s jawline on the new HBO series “The Undoing” is the featured architecture! Though just two of the scheduled six episodes have aired so far, a multitude of stunning locations have graced the foreground and background of the New York-set show. The townhouse owned by renowned couples therapist Grace Fraser (Kidman) and her husband, pediatric oncologist Jonathan (Hugh Grant), is especially noteworthy. The handsome five-story structure screams upper-crust Manhattan society and serves as a perfect juxtaposition for Jonathan’s dark secret life, which Grace begins to uncover after he goes missing following the brutal slaying of a fellow parent at the Frasers’ son’s school in episode one.

The dwelling, it turns out, is exactly where “The Undoing” purports it to be! A prominent “No. 8” address marking is plainly visible sculpted into the front door framing in one of the series’ opening scenes which depicts the Fraser family’s seemingly idyllic life. And in episode two, “The Missing,” Detective Paul O’Rourke (Michael Devine) interrogates Grace about Jonathan’s whereabouts by asking “Is he in your apartment on E. 63rd?” Sure enough, the posh pad can be found at 8 E. 63rd St. on Manhattan’s fashionable Upper East Side.

You, too, can make like Frasers because the nine-bedroom, 12-bath (nine full, three half), 10,000-square-foot residence is currently for sale! Offered by Louise C. Beit of Sotheby’s International Realty, the neo-English classical property comes with a steep $29,995,000 price tag. That’s about $3,000 per square foot, which is more than two times Manhattan’s average. But you get what you pay for, as they say, because the townhouse is truly one of a kind!

Per newspaper reports of the day, the stately residence was built for prominent diplomat/U.S. Ambassador to the United Kingdom Joseph Hodges Choate in 1899 by architect C.P.H. Gilbert (who also gave us the Harry F. Sinclair House from “Cruel Intentions,” the Otto Kahn Mansion from “A Perfect Murder,” and 1067 Fifth Avenue from “Ransom”).

For more Dirt on the Fraser townhouse from “The Undoing,” click over to the gallery.