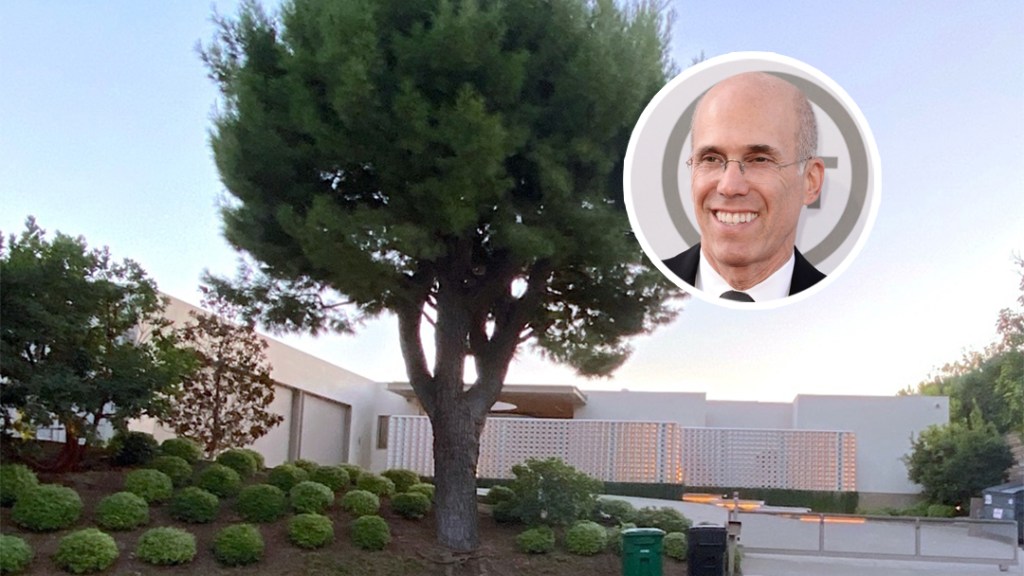 Just days after announcing the final stage of Quibi’s spectacular flameout — the short-lived, short-form video streaming service will formally shutter in December — founder Jeffrey Katzenberg and his wife Marilyn have finalized the $26.7 million acquisition of a brand-new home in Beverly Hills, as was first reported by the Wall Street Journal. Despite the blistering pricetag, however, the half-acre property is actually a remarkable downsize from the couple’s previous residence, a Napa Valley-style compound they sold in August for $125 million to WhatsApp co-founder Jan Koum.

Set on a ridge high up in the 90210’s Trousdale Estates enclave, the new house was was built and sold by William Lauder, executive chairman of the Estée Lauder skincare and cosmetics company. Records show Lauder paid $12 million for the property in 2012, after which he briefly moved into the home but subsequently had it demolished and rebuilt. The sleek new structure was completed this year.

Because the property was never officially on the market, most of the interior specs and amenities remain a mystery. But the 6,500-square-foot contemporary mansion pays clear homage to the midcentury modern Trousdale homes of yore, with its low-slung roofline and a mosaic wall out front. There’s also a gated driveway, an attached garage with room for three luxury automobiles, and a backyard pool with thrilling views of the entire Los Angeles landscape, from the downtown skyline to Catalina Island. The property sits on a whisper-quiet cul-de-sac shared with only four other homes.

Outside of the disastrous Quibi venture, Katzenberg is well-regarded for co-founding DreamWorks Animation, in addition to his successful, decade-long tenure in the ’80s and ’90s as chairman of Walt Disney Studios. On the residential front, some of his nearest new Beverly Hills neighbors include Vera Wang, Elton John, and Ed Ruscha, and he continues to own an oceanfront vacation home on Malibu’s billionaire-strewn Carbon Beach.

Where the Money is in Foreclosures
Are Mandates coming back?!?! #shorts
REDFIN: Lies EXPLODE in Housing Market Reports
Housing: What to know before buying a home in 2023
Best Investing Strategies: Real Estate vs Stocks