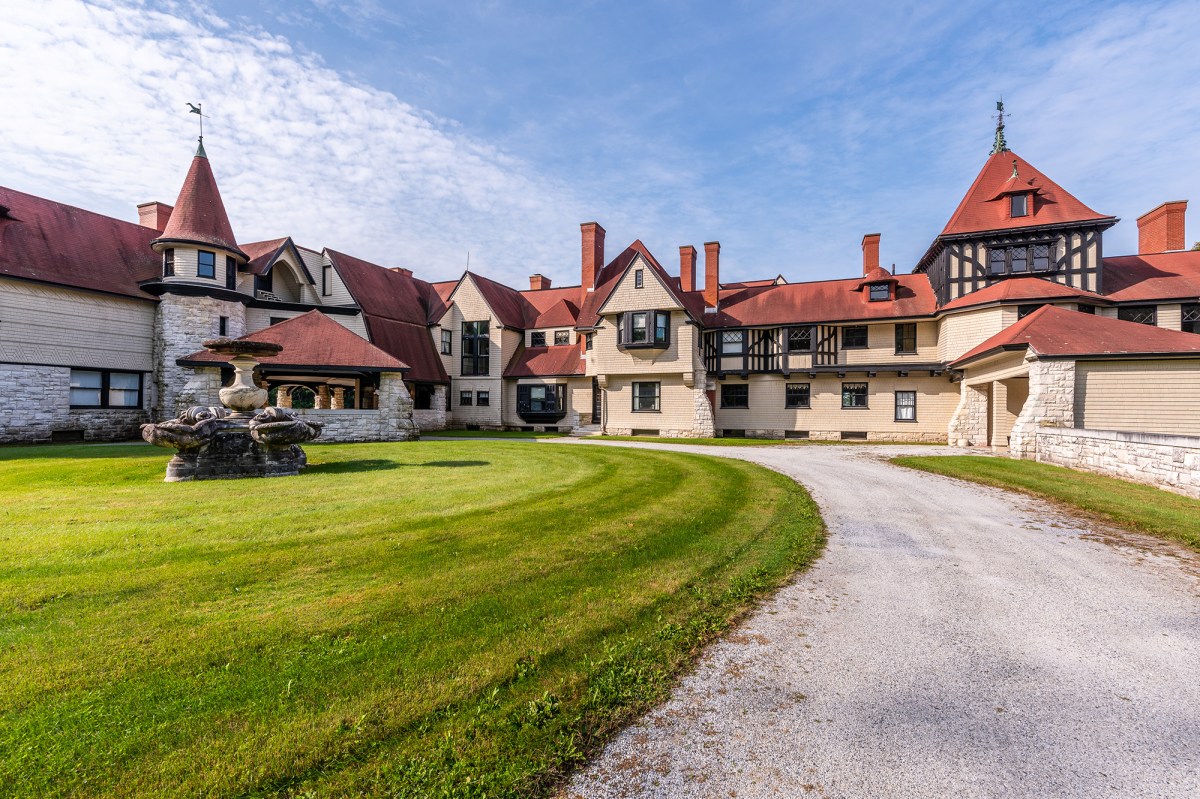 Here’s your chance to live like American royalty. A massive 19th-century manor in the Berkshires that remained in the Vanderbilt family up until 2012 has hit the market for the princely sum of $12.5 million.

Known as Elm Court, the estate is so large that it straddles two Massachusetts towns — running 86 acres in Stockbridge and another 3 in Lenox. The house isn’t exactly petite either, weighing in at 46 bedrooms, 27 bathrooms and 55,000 square feet. No surprise that it’s the largest shingle-style house in the United States (the Vandys were big on big: George Washington Vanderbilt II’s Asheville, North Carolina estate Biltmore is the largest privately owned house in the United States).

The mansion, which is one of the most costly listings in the state, is also large on history.

Built in 1886 for William Douglas Sloane — whose family was behind a prominent furniture company — and Emily Thorn Vanderbilt — a granddaughter of railroad titan Cornelius Vanderbilt — Elm Court was originally just another “summer cottage” in the Vanderbilt’s real-estate portfolio. But the well-heeled family was apparently unsatisfied, bringing in Boston architects Peabody and Stearns to fill it out with additions, upping the room count in the main house to 65.

They even tapped Frederick Law Olmsted, the landscape architect behind Central Park, to handle the garden design.

But this superb example of Gilded Age excess, which has been listed on the National Register of Historic Places since 1985, saw its heyday in the early 20th century when unspecified American presidents and European royalty visited. In 1919, the house hosted the “Elm Court Talks,” which formed the foundation of the Treaty of Versailles and the League of Nations.

Subsequent owners included Marjorie Field Wilde, a great-great-great granddaughter of Cornelius Vanderbilt, and her husband Colonel Helm George Wilde, who transformed Elm Court into an inn with room for 60 guests in 1948. However, high costs led the inn to shutter in 1957 — and through the end of the 20th century, the abandoned structure deteriorated. It fell victim to vandalism, looting and even arson.

In 1999, Robert Berle, a grandson of the Wildes and a great-great grandson of William Douglas Sloane, and his wife, Sonya Berle, bought the run-down estate from his mother, Lila, for around $1 million and restored the property to use as an event space. In 2005 they took a shot at selling the zhoozhed up pile for $21.5 million before taking it off the market in 2006. But it wasn’t until 2012 that they found a buyer, selling the estate for $9.8 million to Denver-based group Front Yard LLC, which has ties to an operator of high-end destination spas.

Now, it’s back on the market, with the sellers and brokers hoping to return the estate to a resort, or its original use as a private getaway for a 1-percenter family.

“It’s kind of a romantic idea for it . . . to go to a single owner,” said Compass’ John Barbato, who is marketing the estate alongside Timothy Lovett of Berkshire Property Agents.

Although it has been significantly altered over the years, the home still has plenty of historic charm, including parquet wood floors, wood burning fireplaces, coffered ceilings and intricate ceiling and wall moldings. Outside there are walled gardens, two barns, a carriage house with stables, a caretaker’s house and of course mountain views.

“This is unique because it’s such a large property,” said Barbato. “It’s going to be popular with [people who have] this level of wealth.”

Zelenskyy talking about peace? No, he is talking SECURITY. MORE GUNS! #shorts
BEWARE of Buying a Home Here (Investors & Builders Causing BIG Problems)
More Russia fear-mongering! When is this madness going to end? #shorts
2023 HOUSE PRICES – Do NOT Submit Any Offer Until You Watch | Buying a Home 2023 Buyers Market 2023
What are the trends in the 2023 housing market?