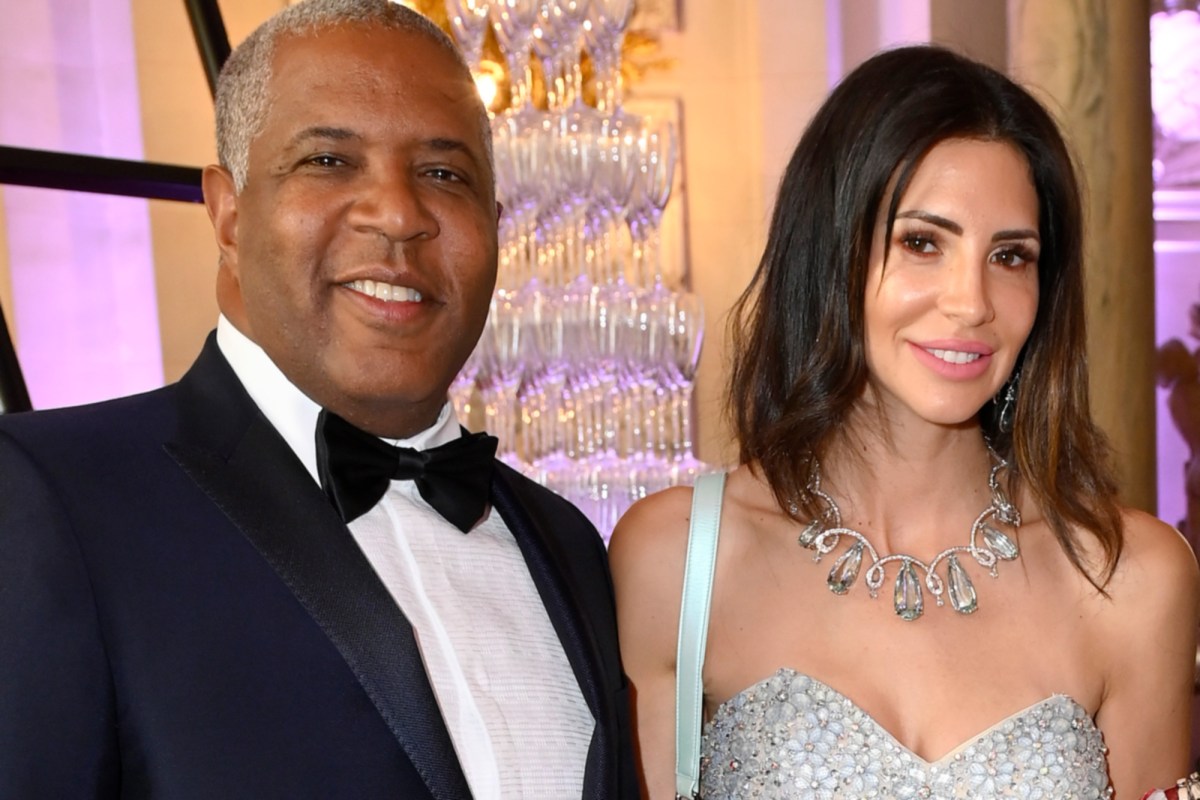 A billionaire’s yearlong build-out of his $59 million penthouse is becoming the stuff of real estate legend in Chelsea.

Private equity guru Robert F. Smith and his Playboy model wife, Hope Dworaczyk, have had builders working on their Getty building pad for so long that it led one Page Six spy to sniff, “I guess even when you pay $60 million, it’s still a fixer-upper.”

But now neighbors are stunned to see workmen back at it again at the 10,000-square-foot triplex — which set the record for the most expensive downtown sale when Smith bought it in 2018.

“The amount of workmen, project managers, designers and landscapers that were in and out of that building’s front door on 24th Street was crazy,” marveled an insider. “Finally, after a small army of staff puffed and placed every pillow, [it seemed finished]! Then after less than two weeks … another renovation is taking place!”

They added, “All the plants and furniture have been stripped from around the private pool on the roof, and the top two floors of the three-floor apartment have been sealed off.”

A source familiar with the situation told us it is being renovated again, but not just because the backsplash tile might’ve clashed with the priceless works of art.

“The apartment is being renovated to reconfigure the systems, which were recently being tested,” they said. “No redecoration, just finalizing the system configuration.”

Smith, of Vista Equity Partners, married Dworaczyk, 2010’s Playmate of the Year, in 2015. Page Six reported at the time that the pair wed in a “wildly lavish” ceremony on Italy’s Amalfi Coast, where John Legend, Seal, Brian McKnight and DJ Cassidy performed.