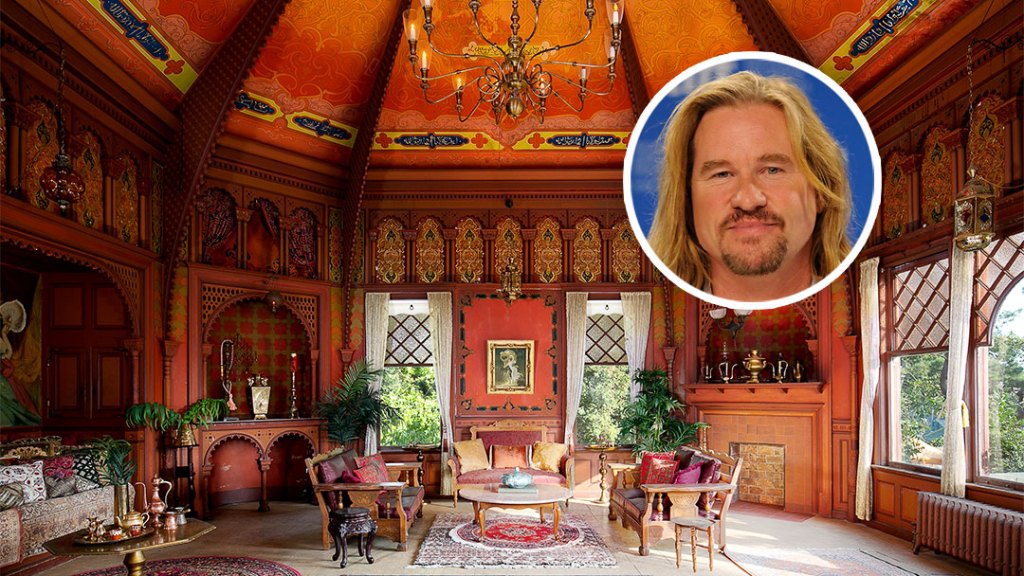 People often gripe that Los Angeles has no history. But scratch the surface even slightly and you’ll find all evidence to the contrary. Case in point – tucked away on East Mariposa Street in the heart of Altadena sits an extraordinary Queen Anne Victorian originally built in 1887 for Andrew McNally, co-founder of the Rand McNally map publishing company. The massive 7,437-square-foot dwelling is largely obscured from view by shrubbery save for a small portion of its rear side and a whisper of its third-story turret which peeks above the pine trees on neighboring Deodara Drive. A hidden gem to most locals, locations managers are certainly familiar with the place as evidenced by its lengthy filming resume, which includes a stint playing the ranch home of the rhyming, gun-toting Sherpa (Val Kilmer) in an early episode of the hit series “Entourage.”

Owned by the same family since 1955, the impressive pad just hit the market for $3.495 million! Offered by Teresa Fuller of Compass, the listing notes the sale represents “a once in a lifetime purchase opportunity.” Indeed, the landmark property is easily one of the most unique in all of Southern California! The three-story residence was designed in the Queen Anne style by famed architect Frederick Roehrig, who was also responsible for the opulent music room at the nearby Woodbury-Story House, as well as countless other architectural marvels in the City of Angels.

Constructed at a cost of $50,000 (at a time when “modest houses could be built for less than $1,000,” per a National Register of Historic Places Registration Form), the McNally Estate features myriad ornate detailing including a grand carved wooden staircase, stained glass windows galore, hand-painted and stenciled coved ceilings, and an elegant Turkish-inspired smoking room. In 1987, the Los Angeles Times dubbed the nine-bedroom, six-bath property a “Victorian fantasy” and it truly is.

Remarkably, and largely due to the preservation and restoration efforts of its current owners as well as the fact that the place has only been sold four times since McNally’s passing in 1904, nearly all of the original period detailing remains untouched! Though the kitchen and baths have been updated for modern living, the original bronze steam radiators are still intact (and in working condition!), as are 24 gas lamps and chandeliers (also still functioning!), and seven tiled fireplaces.

For more Dirt on the McNally Estate, head over to the gallery.

WHY Flipping Houses Never Made Me Wealthy…
The Window Is Closing On Subject To Real Estate Investing (Jason Hartman)
Don’t Invest In A Condo, Invest In A House #realestateinvesting #realestate
Expert warns of ‘meaningful’ damage in housing market that’s ‘not normal’
Jan. 2023 Foreclosure & Mortgage Delinquencies UPDATE