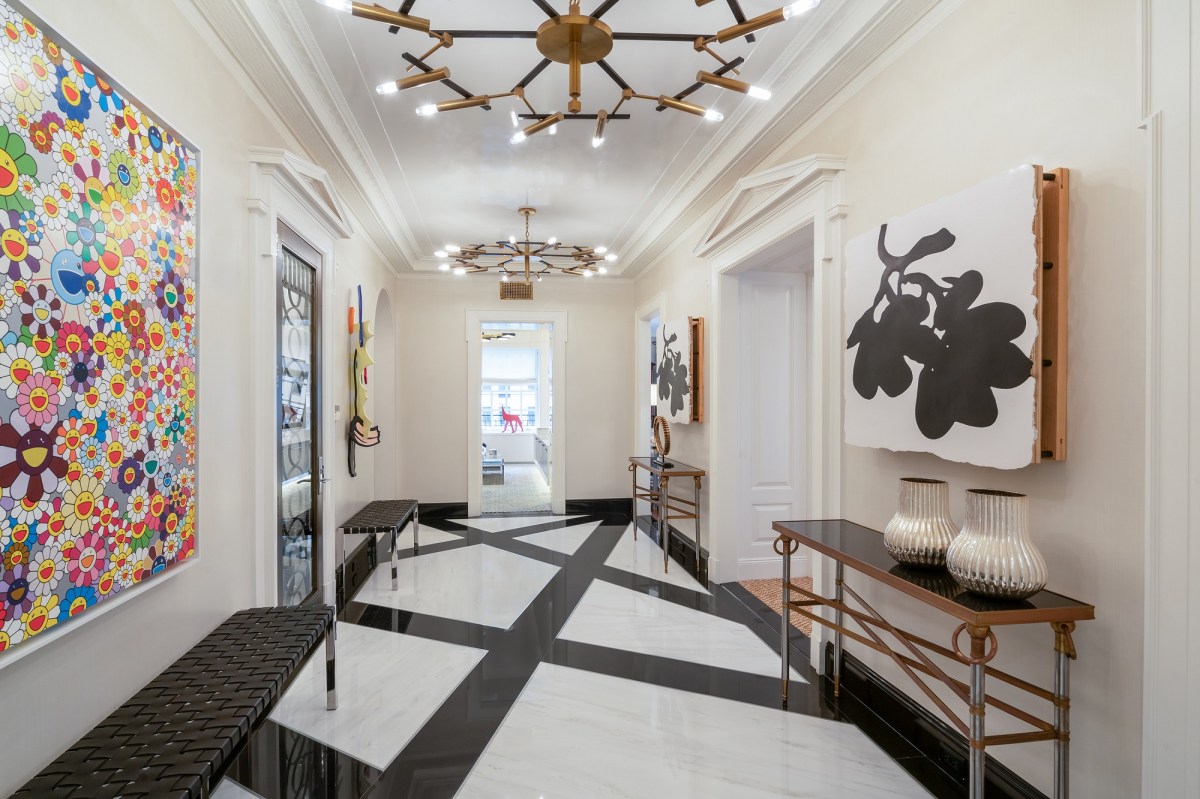 It comes with a private elevator landing that opens to a foyer with a bronze and glass entry door, custom moldings, entertaining rooms, an eat-in chef’s kitchen and a library/media room.

She’s the youngest daughter of the late Sol Goldman, who was once the city’s biggest landlord. Jewels in their collection include the Olympic Tower, the Cartier Mansion and a 17 percent stake in the World Trade Center developments.

Goldman has been on a personal selling spree recently. In June, she reportedly sold her Palm Beach spread — famed for once being President Kennedy’s Winter White House — for $70 million.

The listing broker is Suzan Kremer, of Douglas Elliman.