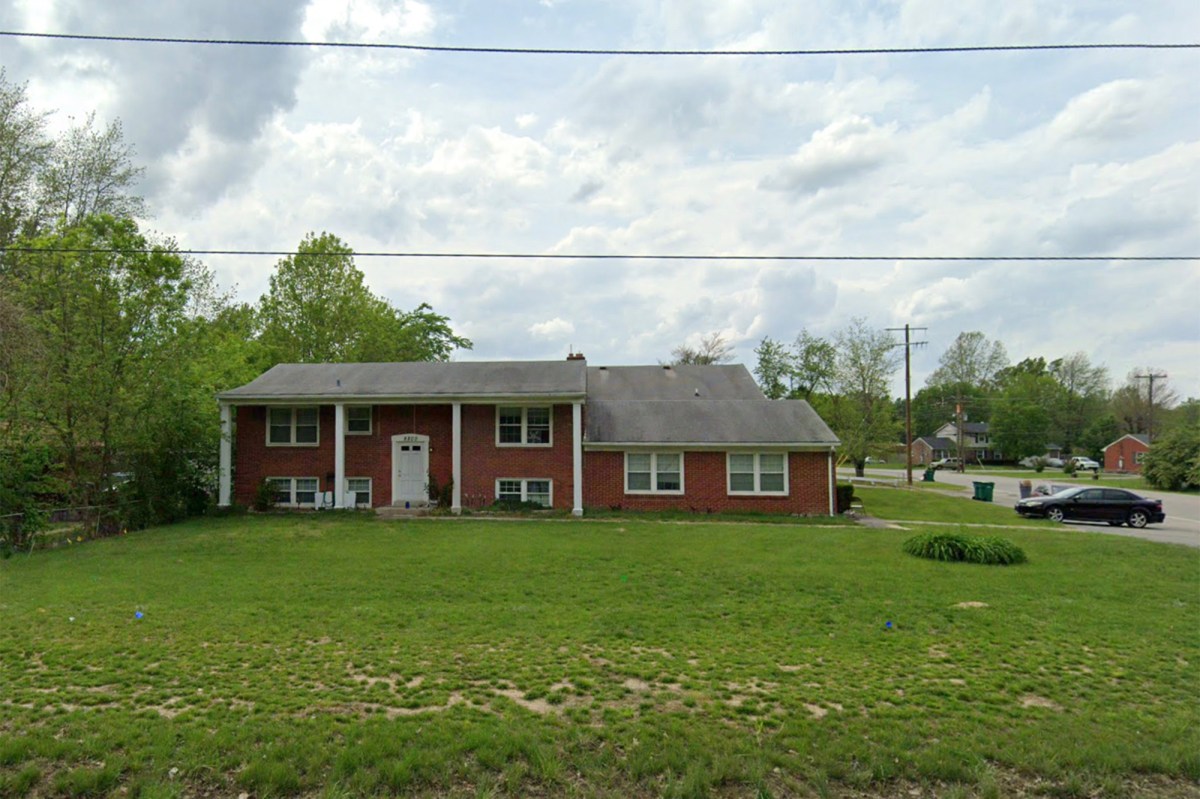 Take a virtual walk through this 3,161-square-foot property in Kentucky, and you’ll find a bathroom with two toilets next to each other, two kitchens and a warehouse stocked with used books, DVDs and CDs.

But will you find the bathtub?

Locating that specific, and basic, fixture has become the subject of a new online game — all made possible by a tweet that went viral this week.

“Found this in a Facebook group; the person who posted it said “tour in 3D, try to find the bathtub”… enjoy(?),” actor and writer Jenny Jaffe tweeted on Monday. The tweet, which links to a Redfin listing for a $375,000 property in Louisville, earned more than 1,200 retweets and 4,100 likes.

Located at 8800 Blue Lick Road, the three-bedroom, four-bathroom spread appears to be a workplace — and its listing notes it has served as everything from a home to a day care and a church. Not mentioned in the marketing description, the property also once reportedly contained thousands of stolen items from across the country that were allegedly sold online.

The listing has been online for 80 days, according to Realtor.com.

To play along, click on the “3D Walkthrough” link” and you’ll be transported to a cluttered living space with a bedroom and a kitchen. From that point, a staircase leads you into a frustrating maze marked by endless twists and turns, which go by the second kitchen, rooms with rows of shelves piled high with boxes, a cat and two bathrooms — neither of which have the bathtub in question.

“@Redfin is this a Halloween prank?” Jaffe tweeted in response.

Other Twitter users joined in on the effort, some of whom shared screenshots of their favorite finds, including boxes of Monster Energy drink and “Gilmore Girls” DVDs.

Indeed, the bathtub — which doesn’t seem to be a bathtub at all — is accessed via a small staircase that’s next to shelves full of “Girls Gone Wild” DVDs.

Images posted by those who located it (The Post couldn’t after 20 minutes of searching) show what seems to be a large shower stall with no fewer than three showerheads. Colored blue, one user mentioned it resembles a baptism tank — a nod to the property’s church past — and has more steps leading down into it.

“This is a must-see,” the listing said in its description, with photos additionally showing a brick exterior and a laundry room. “The pictures do not tell the full story.”