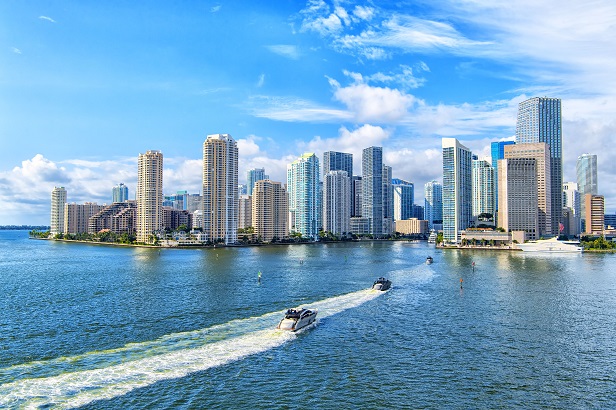 Three of the five largest leases signed in the quarter were lease renewals and expansions, another sign of recovery. Those leases include the deal by co-working operator Regus. The company signed a 20,700-square-foot renewal/expansion at 6303 Blue Lagoon Drive in the Miami Airport submarket.

While lease renewals were a bright spot for the Miami-Dade County market, other fundamentals continues to show signs of market deterioration. According to the same Colliers report, the vacancy rate increase 1.1% over the second quarter, bringing it to 10.7%, and absorption was negative 836,566 square feet; however this number was a 100,000 increase from the second quarter. In addition the sublease supply increased to 1.15 million square feet, an alarming 42% bump compared to the previous quarter. The increase in sublease space is an illustration that companies are continuing to reassess their office needs following the pandemic.

The rental rates, however, were a bright another bright spot. Rates increased 1.2% quarter-over-quarter to $41.68 per square foot, and rates are relatively flat compared to last year, down only .1%. Class-A rents also decreased only nominally by .6% to $47.99 per square foot. This was a tactic by landlords to try to drive leasing activity, and could be responsible for some of the lease renewal activity and new interest.

These market fundamentals have given investment capital pause. Investment sales have slowed been limited since the start of the pandemic, and investors have focused solely on well-leased and well-located properties. However, in the third quarter, there were two notable deals. Swire sold two buildings totaling 263,334 square feet of Brickell City Centre—which were 95% occupied—to Northwood Investors for a combined $163 million, or $619 per square foot; and ShareMD acquired Galloway Medical Park, three fully leased medical office buildings totaling 177,258 square feet, for $53.65 million or $303 per square foot. Medical office and high occupancy rates are attracting investment interest.

Looking ahead, Colliers expects these trends to continue through the end of the year. It forecasts vacancy rates will continue to rise in the fourth quarter and net absorption will be down compared to the third quarter. Construction activity, rental rates and class-A rental rates will remain flat, according to the forecast.