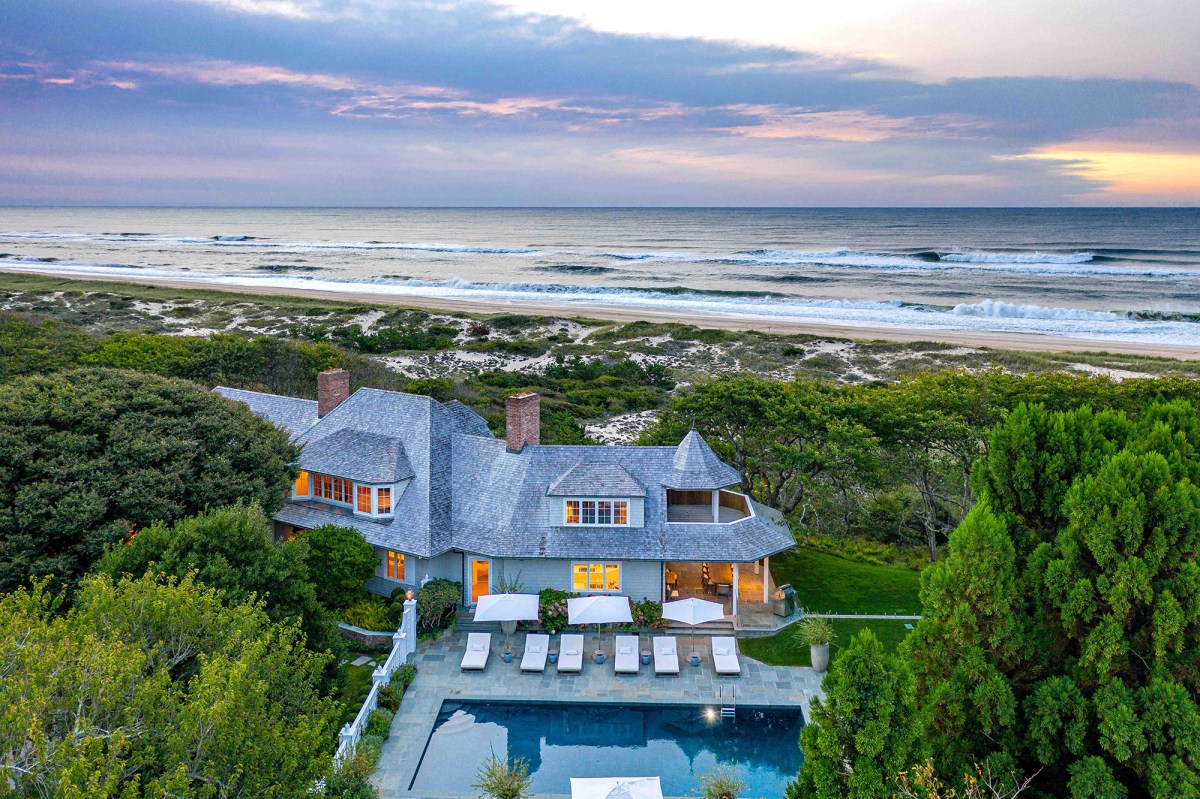 Scoring a Hamptons hideaway has never been more competitive: Douglas Elliman reports that East End deals more than quadrupled this summer compared to last. And all that buzz means the price tags on big-ticket listings are getting even bigger.

“People are taking advantage of the much stronger market,” says Corcoran’s Gary DePersia. “I’m seeing bidding wars and multiple offers at all price levels. And many properties that traded pre-COVID would trade for a higher price today.”

DePersia is currently marketing the ultimate example of this phenomenon: a $72 million estate at 26 and 32 Windmill Lane in East Hampton. The seven-acre oceanfront compound sold in April for $45 million, then popped right back onto the market in October asking $27 million more. More jaw-dropping still, the five-bedroom, 5,900-square-foot home and three-bedroom, 2,300-square-foot guest house will likely be seen as a teardown to buyers willing to pay this kind of premium. The grounds have room for a new 12,500-square-foot oceanside residence as well as a 6,000-square-foot guest house and sunken tennis courts.

Over in Bridgehampton, the six-bedroom, nine-bathroom modern estate at 144 Meadowlark Lane hit the market back in January 2019 asking $14.5 million. Today, it’s asking $18.9 million with Corcoran’s Susan Breitenbach — yet another reflection of the Hamptons bull market. The 8,000-square-foot mansion features walnut and terrazzo flooring, teak and leather-wrapped stairs, three fireplaces, a marble steam room and a “green” design by architect Tommy Zung.

The red-hot residential sales scene is also enticing properties to make their debut. The 10,500-square-foot, seven-bedroom, seven-bathroom mansion at 28 Halsey Ave. in Westhampton has hit the market for the first time. It’s asking $9 million with Enzo Morabito of Douglas Elliman. The property boasts a deep-water dock with boat slip, a water-facing gunite pool, a spa, a sunken tennis court and landscaping by renowned designer Edmund Hollander.

Welcome to the new normal.

Don’t Invest In A Condo, Invest In A House #realestateinvesting #realestate
Flipping houses. South Side Chicago. Kitchen. NEGC Remodeling. Click subscribe to see our projects.
FUN FACTS ON USA REAL ESTATE MARKET #shorts #viralshorts #youtube #realestate #viralshorts
Skyrocketing Prices Cause Businesses To Close In The West
I have the right to poop on the street. #shorts