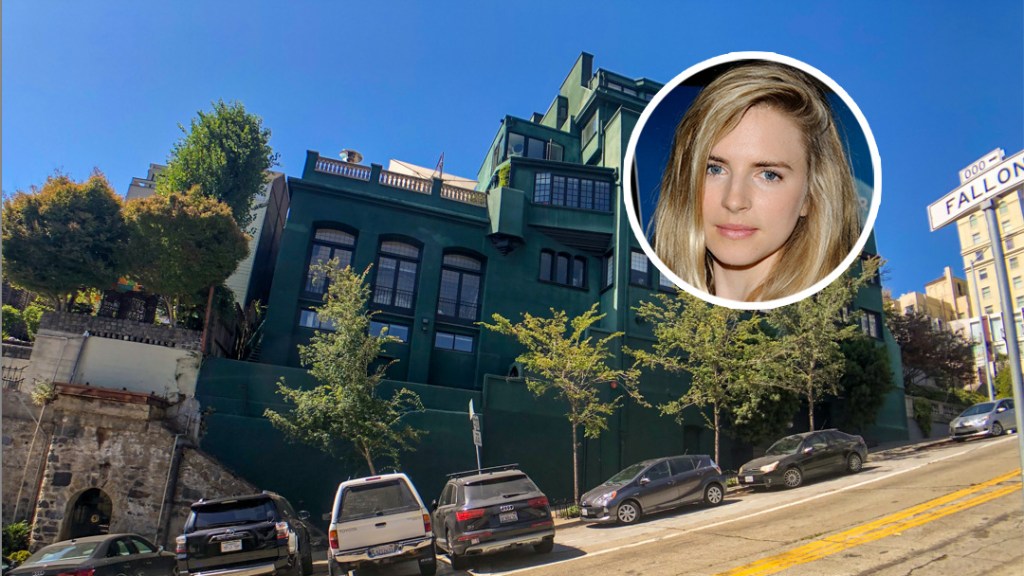 “Everyone who goes inside this house either comes out cracked up or doesn’t come out at all!” So says Karim Washington (Kingsley Ben-Adir) of the San Francisco residence at the center of season two, or “Part II” as it is stylistically named, of the Netflix sci-fi mystery series “The OA.” Purported to be at 828 Sutter Street in Nob Hill, the ominous property, which seems to hang over the road below, is actually located at 1001 Vallejo Street in Russian Hill. A friend posted a photo of the striking pad on Instagram earlier this year and, while I hadn’t even heard of the production at the time, I was instantly pulled in! Such is the power of a good location!

In real life, the property is known as both “The House of the Grand Passion” and the far-less-dramatic “Verdier Mansion.” Originally built in 1906 for railroad tycoon Robert G. Hanford and his paramour-turned-second wife, Gabrielle Guittard Cavalsky (of Guittard Chocolate Company fame), the residence boasts quite a colorful past, as exhaustively chronicled in a 2006 real estate listing, which SFGate notes is “more entertaining than many history books written about the City by the Bay.” Tudor in style — the listing describes it as having a “medieval” feel — the dramatic property was designed by architect Houghton Sawyer, and was one of the first in the city to boast a stucco exterior.

To characterize the place as grand would be a gross understatement. With five bedrooms, eight baths, and 9,477 square feet spread across three stories (there’s a finished attic and a basement, too!), the residence is sprawling, to say the least. The dwelling sports a ballroom/living room, a conservatory, and an eight-car garage, all situated on a 0.19-acre corner lot. While not small by San Francisco standards, that’s a lot of house to pack onto a lot that size. The setup brings to mind the words of Genie (Robin Williams) in “Aladdin” – “Phenomenal cosmic power, itty bitty living space!” As the 2006 listing notes, the manse “was built to the property line on both Taylor and Vallejo streets, looming ponderously over passersby.” Loom it definitely does!

For more Dirt on “The OA” house, click over to the gallery.