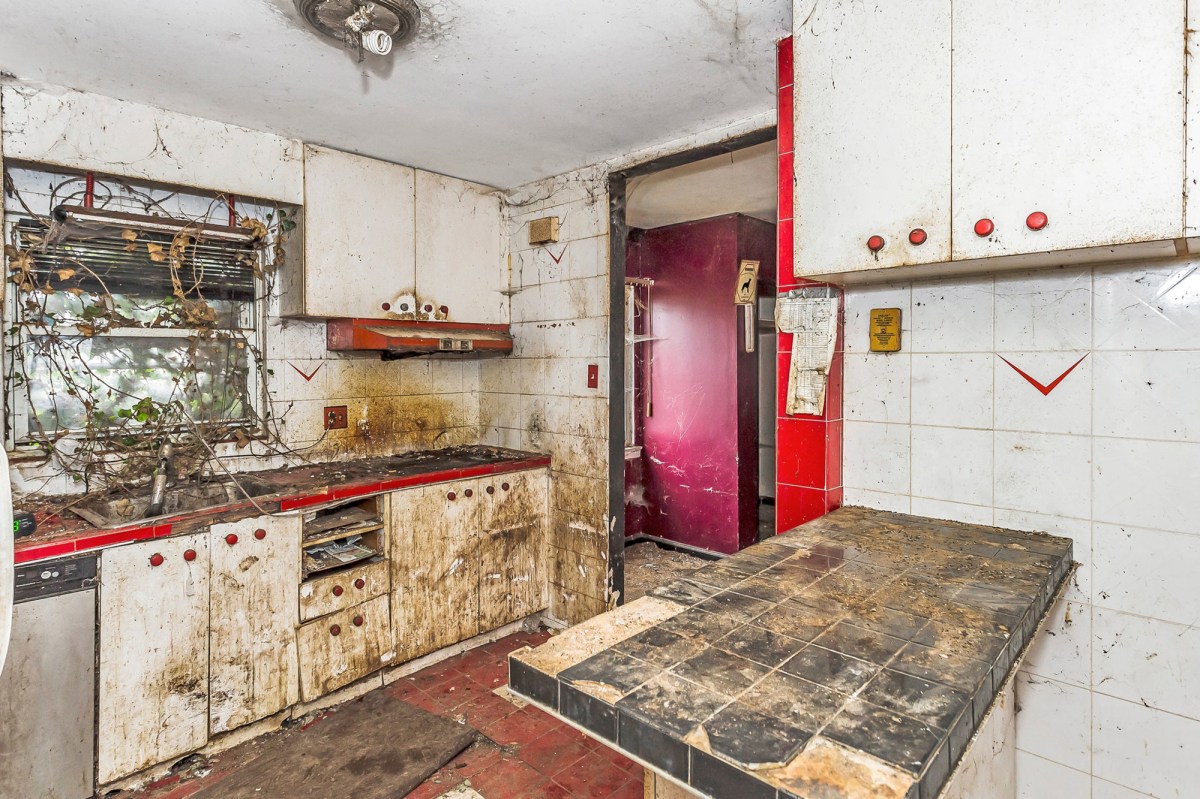 One man’s trash is another man’s treasure.

In affluent Fresh Meadows, Queens, a four-bedroom home that nearby residents have long considered an eyesore — and which marketed with a viral collection of “scariest listing photos ever” — has sold for $720,000, The Post has learned.

The deal closed in late September for the 2,640-square-foot house at 50-18 196th St., according to property records filed with the city early this month. The buyer, listed as Great Neck-based Elmhurst 92 LLC, bought the home for $108,888 off its $828,888 listing price — the latter of which also shocked onlookers for the house’s widespread decrepit condition.

The buyer, contacted through the listing brokerage, declined to comment on the purchase.

Although positive attributes include its roomy size, its perch on a prime 4,912-square-foot corner lot and a location in a leading public school district, all reasons for its high original ticket price — listing images gave a peek into a real house of horrors.

Most notably, a frightening photograph of the kitchen showed chipped and dirt-covered counters, white cabinets that had taken on an aged yellow hue, seemingly dead vines growing through a window and chunks of tile missing from the floor. Nearby, part of the living room ceiling had fallen down and remained bare. The bathrooms had mold-covered vanities and tubs, and an apparent entertaining area featured a filthy fireplace and badly stained hardwood floors.

“Home Is Not In Livable Condition,” said Douglas Elliman listing agent W. Kenny Thongpanich in the marketing description. The specific reasons behind the awful shape of the property remain unclear.

“[The owners] kept it unattended for obviously an extended period of time,” he previously told The Post. “It just lacked upkeep, to say the least.”

“This is a beautiful neighborhood, and the house [is] terrible,” one area resident, who declined to provide her name for privacy reasons, told The Post in June. “I don’t know what happened in that house, why they kept it like that — or why the city didn’t do anything about it . . . I’m sure that, because of the price, nobody wants to buy that kind of house.”

Under the new ownership, it’s not clear if the property will be gut-renovated or demolished. City Department of Buildings records don’t show any filings for proposed work — but they show previous complaints have focused on two nearly 10-foot-long empty hydrogen gas tanks stored there for an unknown reason.

If there’s one aspect the new owners can look forward to, it’s a quaint neighborhood atmosphere.

“[The block] is peaceful,” a neighbor who grew up across the street — and who declined to provide his name — told The Post in June. “You don’t hear any sirens ever.”

The Best Vanguard ETFs To Buy In 2023 (High Yield Dividend)
How To Start House Flipping As A Beginner (2023 Guide)
Skyrocketing Prices Cause Businesses To Close In The West
2023 Real Estate Investing Strategies to Make Money
Housing Market: Will 2023 Be Another 2008 For Real Estate Investors?