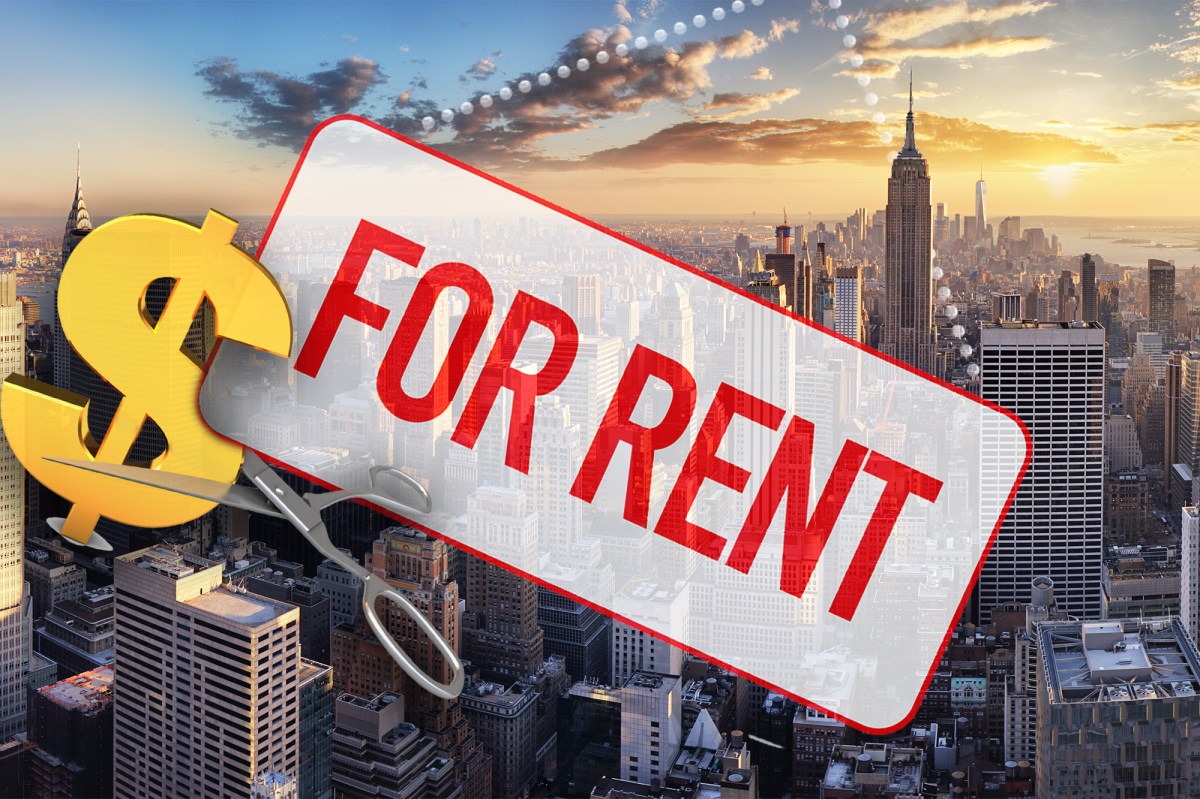 Rents for sky-high buildings have fallen to decade lows.

Median Manhattan rents dropped to $2,990 in the third quarter — marking the first time that figure has dipped below $3,000 since 2011, according to a market report released Friday by real-estate listings portal StreetEasy.

This downward trend is picking up steam from 2020’s second quarter, when StreetEasy reported that Manhattan rents had fallen for the first time since 2010. At that time, the figure slipped nearly 3% from the second quarter of 2019 to $3,300.

Demand remains low for new leases as borough residents continue to skip town due to the COVID-19 pandemic — and as others don’t need to live near the office anymore. StreetEasy also attributed the lower-than-normal median rent in the third quarter to a record-high share of rent discounts offered by landlords.

A whopping 44.7 percent of Manhattan rental listings received cuts from July to September — a nearly 23 percent jump from the third quarter of 2019. The discounts themselves also grew larger, with a median 9.1 percent being knocked off the asking price. In dollars, that’s $272 per month, or $3,264 per year.

For those in the market for a new lease, this means there are deals to be had.

With low demand came a record boost in rental housing supply. The inventory of available rental units in Manhattan ballooned by 69.8 percent to 72,267 listings. That’s nearly 30,000 more than were recorded during the same quarter last year.

The StreetEasy study also surveyed Brooklyn and Queens. In Brooklyn, the share of discounted rental units also reached a record high: 30.7 percent. Median rent for the borough was $2,599.

Queens, at a near-high, saw 26.6 percent of units get price cuts, with a median rent of $2,200. Its supply of rental listings also smashed ceilings. Queens tallied 15,896 units available during the third quarter, marking a 41.1 percent year-over-year spike.

The Bronx and Staten Island were not included in the report.