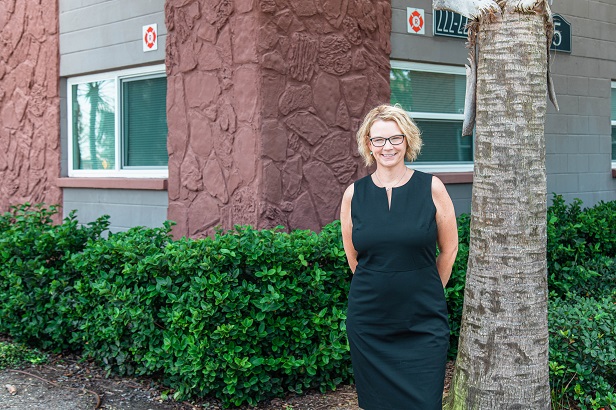 Every day, the presidential candidates are talking about COVID-19, the fight for a new Supreme Court justice, and the economy. So maybe it’s no surprise that even though we are inarguably in a housing affordability crisis, the problem doesn’t get much airtime.

Still, from the policies that President Donald Trump and Democratic challenger Joe Biden have favored in the past and the published platforms of their campaigns, we can piece together a forecast of how each might address the shortage of affordable housing and rising housing costs if they are elected in November.

Either Trump or Biden could choose to make housing affordability a priority in their administration, and either could make a big impact, though they would certainly use different methods. From what we’ve seen, Trump would focus on providing tax breaks for developers, while from Biden’s platform, it seems that he would raise corporate taxes to fund investment in affordable housing programs.

However, from what we have heard from both candidates, it’s unlikely that either will prioritize housing issues. So, we don’t expect seismic changes in housing affordability programs no matter who wins the election.

I have worked with clients all over the country on affordable housing projects through Spoor Bunch Franz, and I know investors, owners, developers, and community leaders have questions about what’s to come and how to prepare. With this in mind, here’s a look at how the candidates’ approaches might affect affordable housing in the next four years.

In 2017, President Trump signed into law the Tax Cuts and Jobs Act, which helped create “opportunity zones,” tracts of land in distressed communities where investment would be encouraged through tax breaks on capital gains. Most financial reporting related to opportunity zones is voluntary, so it’s hard to pin down exactly how much money has been invested through this program, but it is estimated to be $10 million to $30 million. In an agenda released during the Republican National Convention, the Trump campaign said that if he were reelected, he would expand opportunity zones.

There are many questions about the effectiveness of opportunity zones. A report by the Urban Institute says that “instead of rewarding investors who are willing to support projects with large social impacts, the capital gains exemption on OZ projects is structured to provide the largest financial benefits to the projects that provide the highest returns.”

In that report, the Urban Institute (which is a different organization from the Urban Land Institute, of which the Terwilliger Center for Housing is a part) advocated for a number of reforms to the opportunity zone program.

“I think it’s clear that opportunity zones are not, to date, having the impact that was hoped for in distressed census tracts,” says Christopher Ptomey, executive director of ULI’s Terwilliger Center. “There are examples where zones have worked well, but it has taken private investment, along with state and local investment. At the end of the day, the opportunity zones haven’t been game changers—they’ve been pieces of the puzzle.”

It should also be said that it’s difficult to fully evaluate the impact of opportunity zones this year because of the effects of the COVID-19 crisis. When the pandemic forced businesses to alter their business models, shut down temporarily, or close permanently, many investors turned their attention to safeguarding their primary businesses. And in an economic downturn, capital gains that might have been ripe for investment in opportunity zones have instead withered.

In Biden’s platform, he says he will “reform opportunity zones to ensure they serve black and brown communities, small businesses, and homeowners.” Proposed reforms include incentivizing opportunity funds to partner with nonprofit or “community-oriented” organizations to collaborate on a plan for how the investment will benefit the community, requiring that opportunity zone benefits be reviewed by the Treasury Department to ensure community benefit, and requiring investment transparency.

Another piece of the puzzle is the Low Income Housing Tax Credit (LIHTC) program, which was created in 1986 and has funded millions of units to date. Legislators and lobbyists have crafted numerous proposals to strengthen the program over the years, and ULI’s Ptomey is optimistic one will break through, regardless of who is elected, even though Republicans have called for cutting the program in the past.

“There’s enough support in Congress now to increase the productivity of that program. It’s going to continue to be the biggest development opportunity we have,” Ptomey says.

Currently, our LIHTC clients are watching and waiting to see if Congress passes another COVID-19 relief package and if that legislation includes and prioritizes affordable housing measures. On July 31, 103 members of the House of Representatives signed a letter sent to House leadership urging them to consider making housing a priority in upcoming legislation.

Specifically, they asked for a 50% increase in low income housing tax credit annual allocations starting in 2021, a minimum rate of 4% for low-income housing tax credits and an additional basis boost for properties that were acutely burdened as a result the COVID-19 crisis. For context, a basis boost makes it easier for developments to build equity by increasing the property’s maximum allocation. This encourages investment in areas where there is a disparity between the (often high) development costs and median incomes. In a situation where there is a 30% basis boost, for example, every eligible dollar generates $1.30 in basis. And according to analysis from Novogradac, passing a 4% “floor” for LIHTCs would result in additional capital and equity and ultimately allow the creation of 126,000 affordable homes over the next decade.

Getting additional legislation signed into law before the November election would be a challenge, but it is something we are watching closely.

In 2015, a rule went into effect to reinforce a clause of the Fair Housing Act, which has been law since 1968, prohibiting discrimination in housing. The 2015 rule established a structured reporting process for reporting data to the Housing and Urban Development Agency, which at the time prevented cities receiving HUD funds from ignoring the portion of the Fair Housing Act that required them to make progress in ensuring that their programs address the issue of fairness in housing.

ULI’s Ptomey says the Obama Administration’s issuance of the 2015 rule was “the first-ever real attempt to address that requirement of the Fair Housing Act.” In 2018, Ben Carson, President Trump’s appointee to lead HUD, suspended the rule, and in 2020, the Trump Administration officially terminated it. Biden’s platform says he will re-implement the rule.

It’s hard to say what effect reinstating the rule might have in the future. “We hadn’t seen what it was going to look like, in terms of how communities were going to respond,” Ptomey says. “It just wasn’t around long enough.”

One key difference between Biden’s governing philosophy and Trump’s is evident in their approaches to the housing affordability problem. Biden says he would raise taxes on corporations and large financial institutions to pay for his $640 billion investment in affordable housing, while Trump has said he would like to keep the tax rates for corporations at the level they are now as a result of the Tax Cuts and Jobs Act.

The proposed investment would include giving financial assistance to renters and homebuyers, increasing the supply of housing and lowering its cost, and “ending redlining and other discriminatory and unfair practices in the housing market.”

While it matters who is elected president in November, and housing policy will be affected by that person’s agenda and philosophy, it will take much more than one election to make the changes needed to increase housing affordability.

“Local government getting involved with the development community is what makes the difference,” Ptomey says. “When cities, developers, investors, and community leaders work together to work around burdensome regulations, cut costs, and build housing that the community needs and can afford, it’s possible to be successful without subsidies.”

What Should Affordable Housing Investors Do Now?

This year and this crisis have been unpredictable, but it’s helpful to plan for what could be around the corner. For affordable housing investors, what could be around the corner is an increase in corporate tax rates. If corporate tax rates increase, that will likely lead to higher tax credit prices, which could affect potential deals in the affordable housing sector.

We’re working as advisors with our clients to plan for a variety of scenarios that could arise next year, including a corporate tax increase, and we’re encouraging them to continue working at every level to coordinate with local government officials, community leaders, and developers, because the way to make headway is to find innovative ways to work together to solve the problem of housing affordability, no matter who gets the most votes this November.

Julie Lawrence is a CPA and senior manager at Spoor Bunch Franz, a Florida-based firm that helps affordable housing owners, investors, and developers with historic tax credits, LIHTCs, RD, and HUD rules. Lawrence has worked on all aspects of affordable housing, having spent time as an audit manager and CPA focused on affordable housing. She is also the treasurer of the board of directors of the Florida Council on Affordable and Rural Housing.

Flipping Houses and Landlord Business on the Rise
The US is actually making Ukraine WEAKER! #shorts
WHY Flipping Houses Never Made Me Wealthy…
Home Prices to Fall Through 2024: NEW Report
How LLCs Can Protect You When Insurance Can’t | Real Estate Investing Strategies