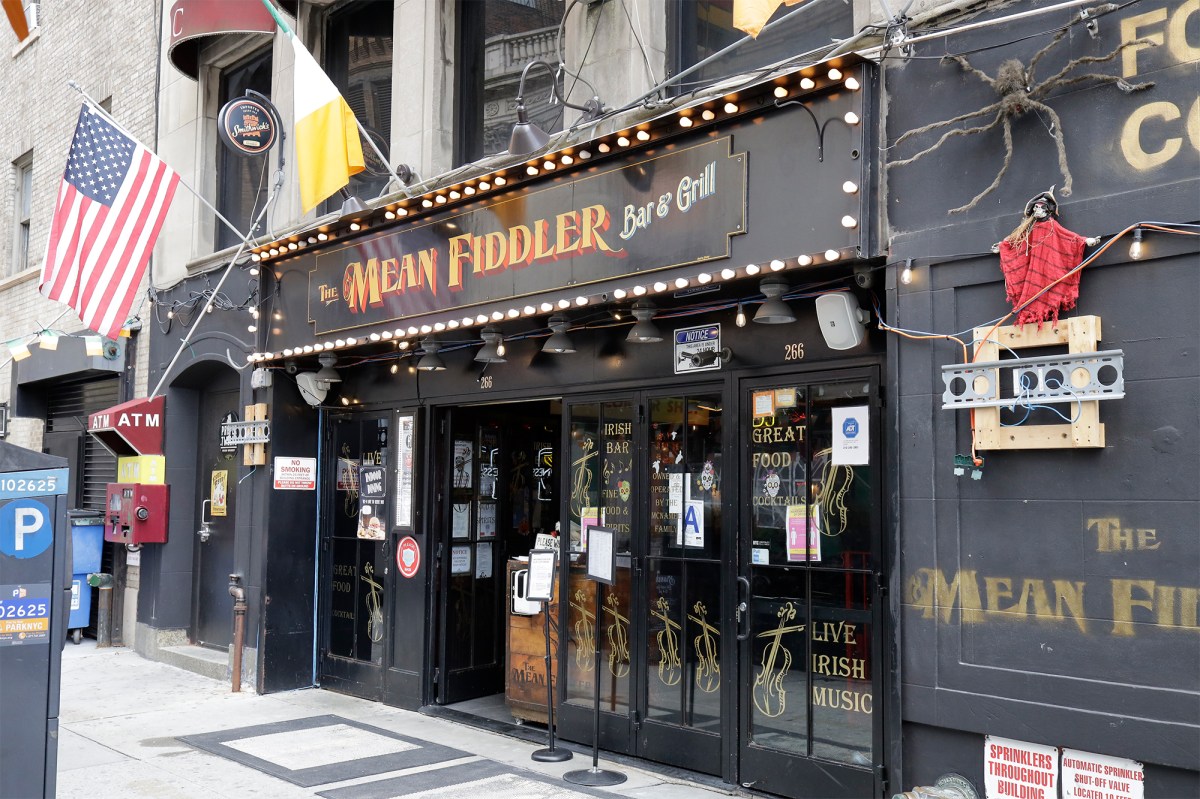 Times Square’s bright lights will shine less green with the closing of popular Irish pub The Mean Fiddler, which will shut its doors by the end of the month.

The cozy bar-restaurant that’s hosted Bono, Johnny Depp, Jimmy Fallon and Liam Gallagher — as well as hordes of Broadway show-goers and tourists — fell victim to the triple-whammy of COVID-19, the live-entertainment shutdown, and rent it could no longer afford.

“We’ve only been doing 10 percent of our normal business,” Mike McNamee, who’s owned the pub with his brother, Patrick, for 15 years, told The Post.

He said he pleaded with his landlord at the 266 W. 47th St. spot, Lloyd Goldman’s Building Management, for a temporary rent reduction on his lease, which has five years left.

“All we wanted was a reduction until Gov. Cuomo allows us back,” he said — meaning the lifting of the 25 percent capacity rule and prohibition of bar-standing.

But they “wouldn’t meet us half way, it was always 100 percent rent,” McNamee said.

The Mean Fiddler is the latest Times Square-area institution to fall to the pandemic. The loss of business due to the Broadway closure recently claimed the Times Square Hilton Hotel and the giant McDonald’s on West 42nd Street.

Waitress Ashleigh Lydon, who’s been there for four years, termed the imminent shutdown “so sad.” Regular customer Bob McCarthy, who was sipping at a table with his friend Kevin Sharkey, called the closing news “s—t” and said they’d look for another place nearby — if they could find one.

Bhaminie Jagindhrall, noshing with her friend Rosa Lopez, said “we come all the time” as they devoured a platter of chicken nachos.

“The food here is the best,” Jagindhrall said.

McNamee posted a poignant Facebook video of himself with a pint of Guinness to mark the closing.

“It’s a tough pint to swallow,” he said.