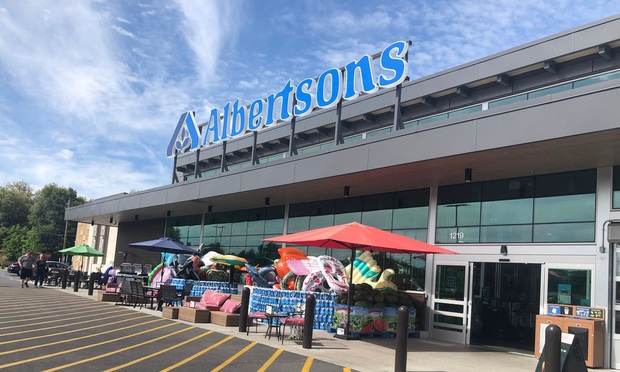 Not all grocers have experienced unprecedented growth during the pandemic. New data from Placer.ai analyzes the foot-traffic patterns of the top 14 grocery store brands, and found that only the three traditional family-oriented grocers—Albertsons, Winn-Dixie and Meijer—saw an increase in foot traffic from March through September. All other grocery brands on the list posted negative year-over-year declines during the same period.

Albertsons in particular has proven its resiliency through the pandemic. In June, the brand had already seen a 17.5% increase in foot traffic, and it has continued to post foot traffic growth through September. While Albertsons has outperformed its competitors, four grocery brands have followed a similar growth pattern. In addition to Albertsons, Publix, H-E-B and Kroger all saw a strong foot traffic in March, followed by a valley in April and then improving foot-traffic patterns through September.

Specialty grocery chains, however, have experienced the most significant decrease in foot traffic. Whole Foods Market and Trader Joe’s posted double-digit declines of 33.2% and 16.4% respectively from March through September. Sprouts Farmers Market had a 9.3% decrease in foot-traffic.

In addition, these brands also showed different patterns through the pandemic. Whole Foods and Trader Joes—which are generally among the top 10 visited grocery brands in the country—saw a dramatic decrease in visits in the first half of April, with visits down 60%. Trader Joes then saw a rapid rebound in traffic through the summer, while Whole Foods experienced a slower-paced recovery. One reason is due to loyal customer shopping patterns. Trader Joe’s kept all of its loyal customers through the pandemic, while Whole Foods saw a decrease in customer loyalty. In addition, both brands generally rely on customers that are willing to travel a further distance to shop at the store. During the pandemic, the decline in Whole Foods visits increased the further away that customers were within a trade area. For Trader Joes, the opposite was true with customers more willing to travel a further distance.

Overall, however, grocery store successes have meant success for adjacent retailers. According to a report from Moody’s Analytics REIS grocery stores have helped to stabilize rents in neighborhood centers. As a result, retail rents in the US only declined .5% to .6% during the pandemic in neighborhood and community retail centers.

Indeed Melina Cordero, a managing director who is the leader of CBRE’s retail capital markets business for the Americas, said in a recent podcast that that the grocery-anchored segments may be “a bulletproof class” that we “may actually see some cap rate compression in the months to come.”