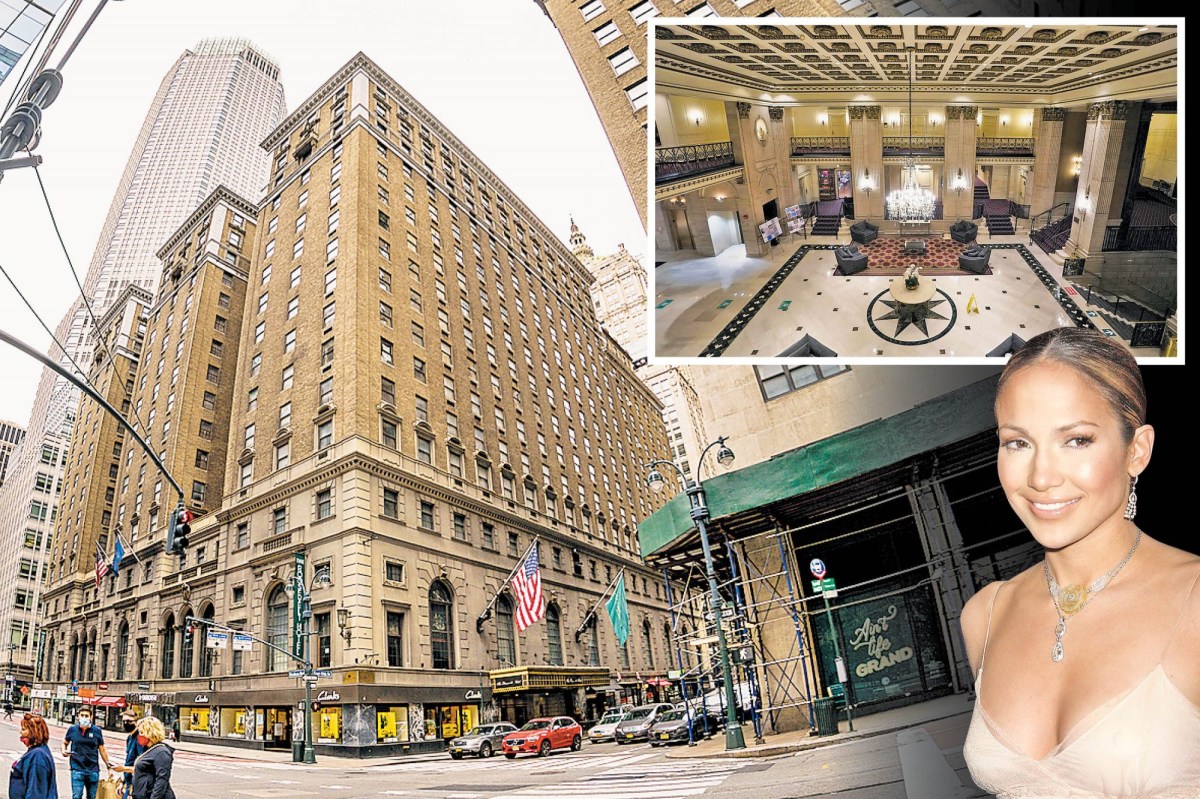 The historic, nearly 100-year-old Roosevelt announced on Oct. 12 that it would be checking out for good at the end of the month because it could no longer survive the pandemic. Longtime owner Pakistan International Airlines said it has “currently no plans for the building” after that. But that hasn’t stopped tongues from wagging over the real estate at 45 E. 45th St., which takes up the whole block between Madison and Vanderbilt avenues and between East 45th and 46th streets.

Surely, it will be missed as the setting for Guy Lombardo’s New Year’s Eve ballroom performances and for its atmospheric public spaces. But it’s the property’s potential that is tantalizing developers, who’ve been circling it for years as the roughly 43,000-square-foot site can support a new building much larger than the current 18-story one.

The Roosevelt lies within the Vanderbilt Corridor rezoning area, which preceded wider East Midtown rezoning. A new building in the corridor may be taller and have much more floor area than an existing one subject to city approval, depending on public amenities provided by owners and other considerations.

Sources said PIA paid off all of the Roosevelt’s debt shortly before the closing announcement. However, buyer wannabes might be out of luck. PIA seems likely to convert the property into a Class A office tower in a joint-venture partnership with a development company.

Asked if the Roosevelt could be revived as a born-again luxury inn, a hotel dealmaker who didn’t want to be identified scoffed, “The office market will rebound a lot sooner than the hotel market.”

Pakistani aviation minister Ghulam Sarwar Khan last week termed chatter about a sale “misleading” and “speculative” and said there were no plans to unload the hotel.

In 2017, when PIA was weighing options for the hotel due to poor returns, Pakistani Prime Minister Shahid Khaqan Abbasi said his government considered the Roosevelt an important historical property and told PIA to forget about selling.

The venerable inn was the setting for scenes from “Wall Street,” where Michael Douglas, as Gordon Gekko, delivered his “Greed is good” speech in the ballroom. “Maid in Manhattan” with Jennifer Lopez and many other films also shot scenes there.

Cushman & Wakefield investment-sale wizard Doug Harmon, who is not involved at the Roosevelt, described its desirability for office use: “The Grand Central submarket maintains one of the longest average tenant tenures in the city. As the city recovers, there will be an increased desire for offices near mass transit or train lines to ease commute times. Nobody is coming out of 2020 with an increased desire for longer commutes.”

Yes, it’s bleak out there right now: Office sublease availability has soared to 16 million square feet, nearly half of all office space now on the market, according to Savills. The sublease surplus will likely break the post-9/11 record of 17.5 million square feet. Some retail landlords have had to slash asking rents by nearly half.

Even so, there are nuggets of better news.

Hodges Ward Elliott, a boutique real-estate capital markets adviser, signed a 12,692-square-foot, 10-year lease on the 50th floor at SL Green’s One Vanderbilt Avenue. It’s the third deal signed at the tower since the pandemic began.

The Durst Organization lured law firm Freeborn & Peters to 1155 Sixth Ave., which recently underwent a $130 million capital-improvements program. The firm is leaving 230 Park Ave. for 16,563 square feet on a prebuilt floor at 1155 Sixth. The asking rent was $100 per square foot.

Big-name restaurants continue to reopen: The Russian Tea Room and Molyvos are the latest.

Also returning: the Turnstyle Underground Market in the Columbus Circle subway station. Already open are EZ Paella, Daa Dumplings, Boil Boil Ramen and more. The food hall will be 70 percent full by next month. EZ Paella was originally supposed to open in March when the lockdown descended.

Meanwhile, City Winery — which was ousted from its original Soho location for the Disney office project — is reopening on Pier 57 (off West 15th Street) in Hudson River Park. The 32,000-square-foot eating-and-sipping venue is so big that even with 25 percent capacity rules it will still have 200 seats indoors and 70 outdoors.

Hang on, now you have to pledge allegiance to the climate change gods to get a job? | Redacted News
I have the right to poop on the street. #shorts
Has the Housing Market “Bottomed Out”?
Ukraine Planned War With Russia To Join Nato
Real Estate Investing Strategies in a Changing Market 2023