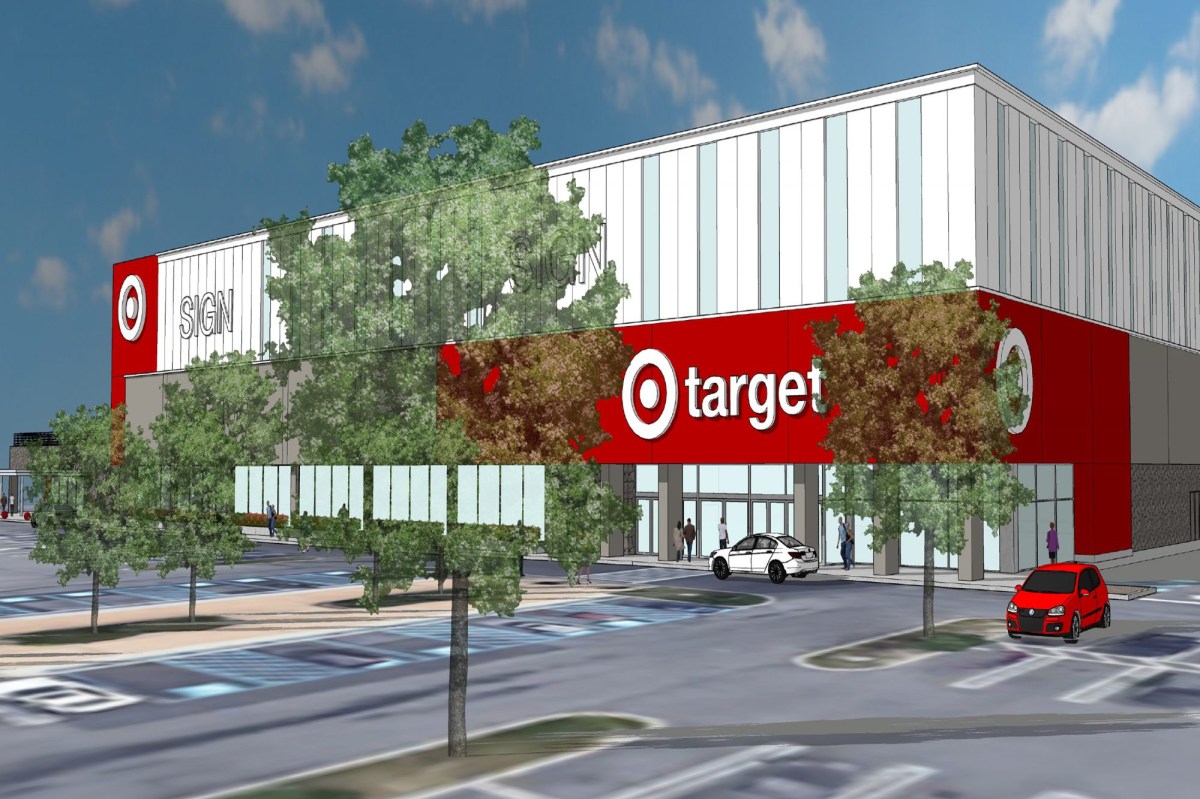 Target’s ambitious metro-area expansion is a rare bright spot amid a gloom-fest of store closings and bankruptcies.

The mass-market favorite is planting its bull’s-eye at the Cross County Center in Yonkers, where it has signed a lease for a whopping 130,000 square feet, gobbling up the bulk of 200,000 square feet left behind by Sears last year.

The 40-year Target lease brings the occupancy rate of the 1.15 million-square-foot open-air shopping complex to 97 percent. The 15-building Cross County is also home to H&M, which just signed a 10-year renewal, as well as to Zara, Ulta and Blink Fitness. A familiar sight to motorists on the New York State Thruway and the Cross County Parkway, the center is not to be confused with the smaller Mall at Cross County next door.

The publicly traded Target is on an expansion binge in the city as well, with new stores planned on East 86th and West 125th Street and on Columbus Avenue — although none is nearly as large as the one at Cross County, set to open in 2021.

The complex’s leasing and management are now in the hands of Marx Realty, which owns Cross County in partnership with Benenson Capital Partners for 65 years.

Terms of the Target deal weren’t released. Rents throughout the center range from $45 per square foot to $250, depending on the location and size.

Marx and Target began talking about a possible deal within days of Sears’ closing in September 2019, but no word of the possible move had ever publicly surfaced.

Marx CEO Craig Deitelzweig said Cross County welcomes 11 million annual visitors, of whom 30 percent come from the city and most of the rest from Westchester and Connecticut.

He said the complex has seen “extraordinary foot traffic” as the region begins to emerge from the pandemic.

“We expect this Target store to be among its most successful locations,” Deitelzweig said.

Cross County hosts live music and outdoor movie screenings as part of its “town-square approach.” It has re-landscaped its green space as well.

The latest marquee name to join Manhattan’s luxury-revival trend is The Carlyle hotel, where rooms run as high as $800 a night. The storied Madison Avenue hotel will reopen on Nov. 2.

It’s part of the high-end resurgence, reported in The Post last week, that includes the reopenings of Bergdorf Goodman, Louis Vuitton and many expensive restaurants.

SL Green plans to sell a condominium with garage/retail space in the heart of trendy Williamsburg — a move that reflects both the publicly traded company’s strategy of unloading non-core assets and the diverse neighborhood’s remarkable retail resiliency.

The 52,032-square-foot condo unit is part of a 10-year-old mixed-use building at 250 Bedford Ave. near the L train station. SL Green sold the property’s residential portion a few years ago but held on to the commercial space.

It includes a 30,000-square-foot parking garage that could be converted to retail with a future zoning change, as well as storefronts leased to HSBC and Duane Reade.

“HSBC just renewed on their space, an important commitment to the property’s value, until Jan. 1, 2026, with two extension options, and Duane Reade has 10 more years to go on its lease,” Kaplan said.

The building stands across from the thriving Apple Store and next door to a high-volume Whole Foods.

Offers are due by the end of October.

“We’ve seen more national tenants coming to Brooklyn in the past eight or nine months,” he said.

The area lost some retail juice in 2016 when the MTA announced it was suspending L train service between Manhattan and Brooklyn for tunnel repairs. Rents fell for a time, but rebounded with a vengeance when the service-shutdown plan was canceled in January 2019.

O’Donnell cited retail rents in the area from $250 per square foot to $325. Recent or imminent store openings include Casper, Rains, Uniwax, Framebridge, Slowear and Away Luggage, mostly along North Third and North Fourth streets.

“It restored the momentum,” O’Donnell said.

The Bedford Avenue site does not lie within any of the color-coded, COVID-restricted sections of Brooklyn.

The American Dream vs Reality: Home Prices and Rents in America
$70K Profit on Out of State House Flip! – Flipping Houses Long Distance – Numbers and Takeaways
Real Estate Investing Strategies in a Changing Market 2023
We have sent. Over $100 BILLION by now? Do you buy that? #shorts
Real estate experts cautiously optimistic about 2023 housing market