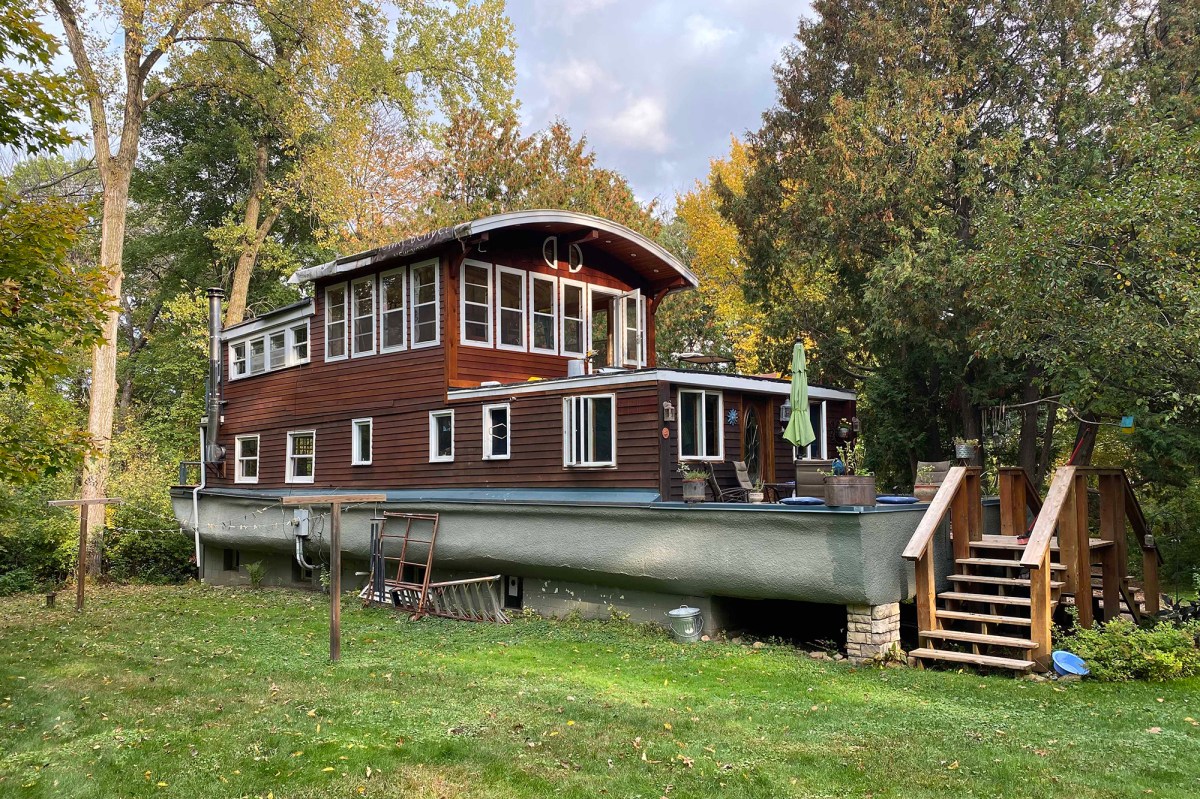 The Quist family of Minnesota is sharing details about their whimsical, one-of-a-kind home in a new video.

Homeowners Tom, 59, and Kris, 57, along with their 22-year-old daughter, Kallie, have lived in a Depression-era “house that used to be a boat” in the eastern Minneapolis suburb of Stillwater for over 20 years. The home was a steal when the couple bought it in 1997, according to Kallie.

“It was the cheapest house in the area, and the only place my parents could afford at the time,” she told Caters News recently. “My mom was pregnant with me when they bought the house, so they had to go through the trouble of baby-proofing an old ship.”

“But we’ve lived here ever since, and I think my parents will live here until the day they die,” Kallie added.

The houseboat became land-bound in the 1960s when a boating-enthusiast couple bought and renovated the vessel, which once navigated up and down the Mississippi River before turning up abandoned after World War II.

“My parents’ room is the captain’s room, and to get up to it you have to take a big ladder and go through a hatch door in the floor,” she explained. Other nautical elements include propellers, a ship’s clock, an anchor at the end of their driveway and plenty of space to enjoy the outdoors on their four different deck spaces.

“Sometimes we get strangers that pull up into our driveway after seeing it from the road,” she said. “Most people are very surprised when they see the house and they immediately ask for a tour.”

Despite being a conversation starter, it can be an awkward place to call home.

“The house itself is kind of small and oddly proportioned — the hallway is less than 3 feet wide and my ceilings are very low — so it’s not perfect,” Kallie admitted. “But it’s so unique I wouldn’t give it up for anything.”

Is @elonmusk trolling? #shorts
The Best Vanguard ETFs To Buy In 2023 (High Yield Dividend)
Don’t Invest In A Condo, Invest In A House #realestateinvesting #realestate
4 Resources for Investors To Stay Ahead
WHY Flipping Houses Never Made Me Wealthy…