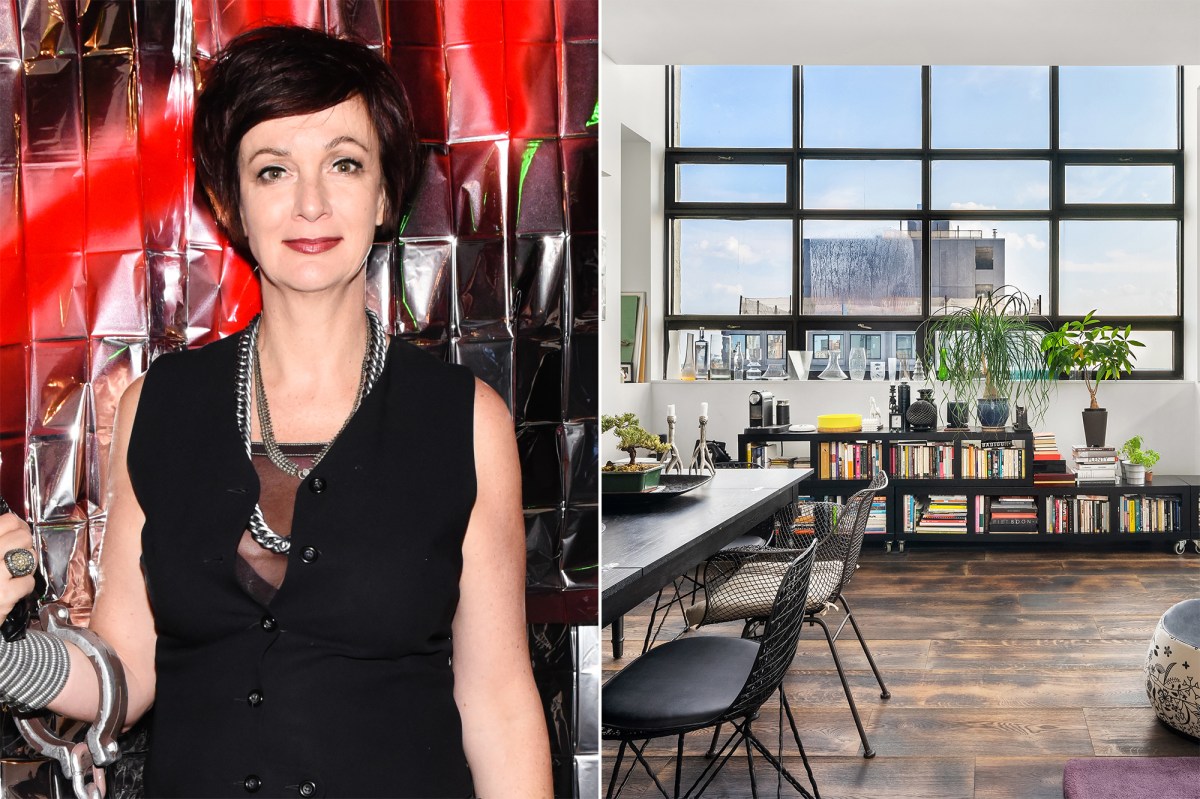 Top architect Winka Dubbeldam’s Brooklyn Heights loft is back on the market for $2.1 million — down from its original asking price of $2.69 million in 2018.

Dubbeldam bought the two-bedroom, two-bathroom condo, on the ninth floor of condo building One Brooklyn Bridge Park, for $1.71 million in 2013, according to property records.

Netherlands-born Dubbeldam, of course, redid the apartment herself. The yellow kitchen counter? All her. She added a fireplace, which was a wish-list item. One bedroom has iridescent gray wallpaper, while the other is patterned wit animal skeletons.

“I played around,” Dubbeldam told New York magazine’s Wendy Goodman in 2016. “I thought it would be fun to see what I could do with textures because the walls are so high; the ceilings are almost 15 feet tall.”

Dubbeldum has offices of her firm, Archi-Tectonics, in New York, Amsterdam and Hangzhou, China. She is also chair of architecture at the University of Pennsylvania’s Stuart Weitzman School of Design.

She has said that this apartment is a place where she loves to experiment with design, and that her home is her “sanctuary.”

Building amenities include a gym, a Peloton cycling room, a screening room, a music practice room with a grand piano, two children’s playrooms, a yoga studio, a gaming room, a billiards room, a golf simulator and an outdoor putting green.

Located in Brooklyn Bridge Park means a prime spot next to an 85 acres of East River-fronting greenery and activities, as well as an NYC Ferry stop, which connects the area to Wall Street, Midtown and beyond.