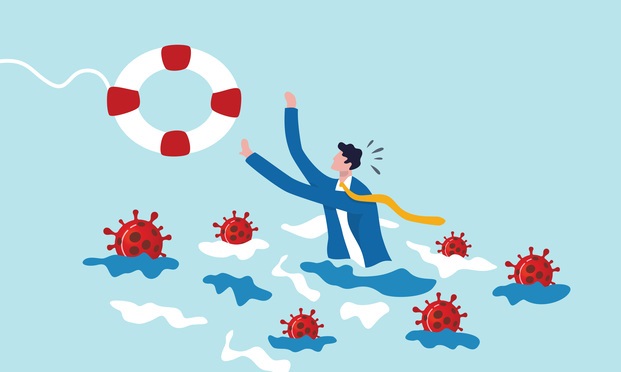 Panelists representing the industrial, office, retail and multifamily sectors of commercial real estate made the case for investment in their respective sectors at NAIOP’s CRE.CONVERGE, the virtual conference taking place this week.

In a real-time audience poll, the attendees cited industrial as the sector they would be most likely to invest in.  However, much of the discussion pointed to the upsides in what, so far in 2020, has been mostly seen as a negative story for the other sectors.

Wade Achenbach, executive vice president, Portfolio Management at Kite Realty Group, said that retail may be the sector everyone loves to hate, but all that means is that it’s at the bottom of a cycle that is going to rebound.

“The strip sector and the mall business were struggling for a lot of reasons, and COVID has dramatically made them the hardest hit,” he said. “If you just look at that trend alone, that’s going to be short lived. You have to be very careful of what you’re looking at. There is no online-only retailer that’s making money today, nor has there ever been.”

“What’s really happening when somebody says e-commerce?  It’s more of an omnichannel. Even Amazon realizes the value of stores with its purchase of Whole Foods,” said Achenbach.

“I think there is more of an opportunity (in retail) than any of the other sectors,” he said.

Speaking on behalf of the office sector, which many are questioning in light of the shift to work from home, George Hasenecz, senior vice president, Investments at Brandywine Realty Trust, said its demise has been incorrectly predicted in the past — just as it is now.

“When you think about all the economic events and social trends that have occurred, the dot com bust, September 11, the densification of the office and COVID, people have always said that office is dead. Office has always reinvented itself,” said Hasenecz.

Work from home has been successful in response to the crisis, but it’s very difficult to work in a collaborative environment, he said

“How do you maintain your culture, bring new employees on and recruit? (Work from home) really does go against people’s needs and desires to come together. We think that Class A office is going to be in high demand. Companies want to make sure their employees and their talent feel safe. There still is the competition for talent and office space will be used as a recruiting tool,” he said.

A similar story is playing out in the multifamily sector, said John Drachman, co-founder at Waterford Property Company.

The pandemic has driven many people out of dense urban areas and into suburban multifamily units. The turnaround has been sharp in large markets such as New York, San Francisco, Los Angeles and Chicago, where vacancies are increasing and rents are falling. One year ago, the main story line in these markets was a lack of affordable housing.

As with retail and office, a wider perspective will benefit investors, Drachman said.

“People will move back to urban areas. If you can stomach a little bit of pain, over the long term there could be great buying opportunities for urban apartments.”

Rene Circ, senior managing director and COO at GID Industrial and GID Investment Advisors LLC, spoke on behalf of the industrial sector, which to no one’s surprise seems to be strong.

He said there are essentially very few people who are not buying things online.

The panel was moderated by Will McIntosh, head of Research at USAA Real Estate.

How To Start House Flipping As A Beginner (2023 Guide)
If you’ve been thinking of getting into house flipping, it’s time to take action!
I have the right to poop on the street. #shorts
What Drives You? (Discovering Your Real Estate Burning Why)
BEWARE of Buying a Home Here (Investors & Builders Causing BIG Problems)