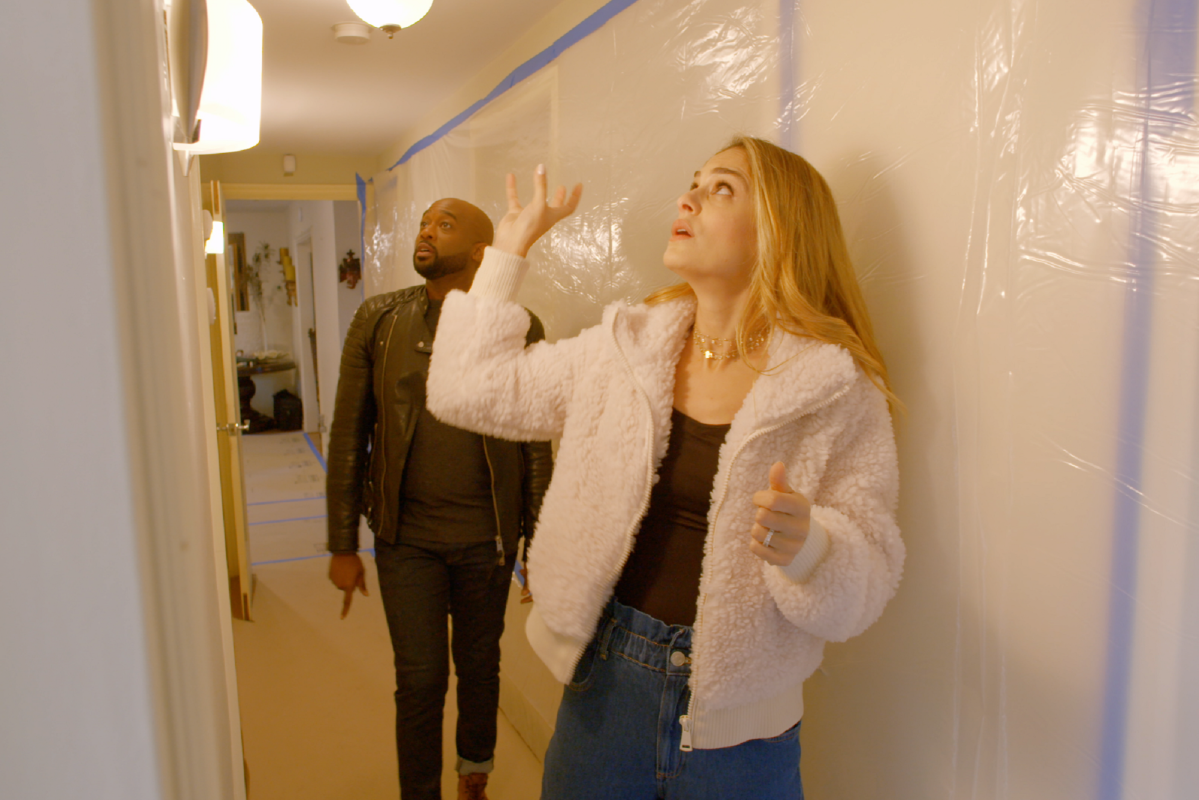 And you thought your home-schooled rugrat was a terror.

The Bernal family was excited to move into a Canoga Park, California, home 19 years ago. But not too long after getting settled, they started to feel a dark presence.

It turns out 10-year-old child star Judith Barsi was brutally murdered by her father, Jozsef Barsi, in the very same house 13 years earlier.

In 1988, the young actress — who appeared in several films, including “Jaws: The Revenge” — was shot in the head during one of her father’s drunken rages.

And it got worse. The native Hungarian went on to shoot his wife, Maria Virovacz, and then himself. A Los Angeles Times article at the time also noted gasoline had been poured on the bodies.

Now, the Bernal family was feeling the effects of the tragedy.

On an episode of “Murder House Flip,” available on the streaming service Quibi, they reveal that the garage door would open and close on its own, and they’d feel cold spots throughout the house.

Gaby Bernal, who slept in the same bedroom where Judith was murder, also suffered from terrible nightmares.

After years of feeling haunted, the family decided to renovate their home with the help of show hosts and interior designers Joelle Uzyel and Mikel Welch.

The duo focused on the hallway where Maria was murdered, the backyard and Gaby’s bedroom.

In three days, the team repainted the dark hallways, added a playful rug and family photos and installed recessed lighting to open it up.

Meanwhile, Gaby’s room — where the bed was in the same position as Judith’s — was gutted. The window was replaced with French doors, new paint and carpet were added and a calming amethyst crystal was placed in the space.

The backyard was overhauled to become an enjoyable outdoor space for the family. A new pergola was built to allow more light into Gaby’s room, and an outdoor dining area was set up with a peaceful garden. The result was life-changing for the family.

Her dad Francisco added, “The negative energy that we felt in the house is gone already. No more sadness, no more crying. This is one of the greatest things that has happened in my life.”

This will be the fourth episode of the new series that brings a team of designers, psychics, mediums and homicide detectives to families who live in homes where murders happened.

The show has already shown the transformation of the Dorothea Puente house — where seven bodies were buried in the yard — along with the home where William Bradford shot his wife in the living room and the house where Frederick Hengl dismembered and cooked his wife.

In each episode, the design team is helping homeowners get over the stigma of what happened in their homes.

“Not only did Mikel and I make the homes beautiful, but we also gave them ownership of it,” Uzyel previously told the New York Post. “It now belongs to them, versus the history that it holds. It’s a new space, and we’re really proud of it.”

Expert warns of ‘meaningful’ damage in housing market that’s ‘not normal’
First Time Home Buyers Are SCREWED | Housing Affordability
The US is actually making Ukraine WEAKER! #shorts
Housing Market: Will 2023 Be Another 2008 For Real Estate Investors?
Flipping Houses and Landlord Business on the Rise