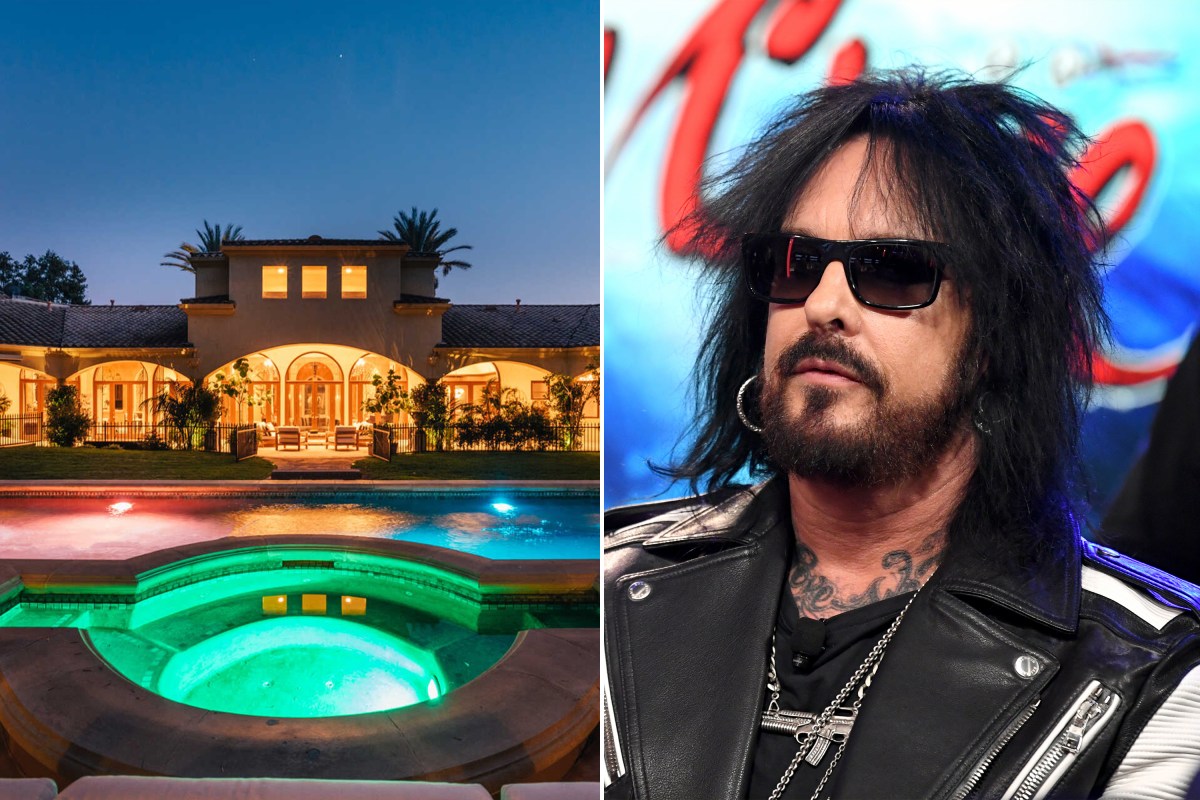 This just-listed 10,300-square-foot home is big enough for you and your motley crew.

Nikki Sixx, the co-founder and bass player of metal band Mötley Crüe, is looking for someone else to take on this five-bedroom, six-bathroom Los Angeles-area spread. Far from a song, the property, which Sixx listed on Thursday, asks $5.69 million.

Sixx has reportedly decided to leave LA to reside in Wyoming with his wife, Courtney and their daughter, Ruby. (Sixx has four other children from two previous marriages.) The ongoing coronavirus pandemic made the family seek out a new location where they felt safer. Sixx, 61, lived in Los Angeles for 40 years — and has said he’ll soon start writing a book.

The home, where two palm trees shade the entry, opens to a large foyer that branches off into several entertaining areas. One of them, which lies straight ahead, is a living area with a fireplace that’s bordered by arched doorways with columns. Another is a dining room with floor-to-ceiling windows.

Listing images additionally show a wet bar, a spacious kitchen with a breakfast dinette and a master suite — the latter of which has its own private living room with a fireplace.

Elsewhere inside, there’s a home office and a second-level theater with red walls and leopard-print carpeting. Outdoor areas include lounging and dining areas, plus a pool with a spa.

Emil Hartoonian of the Agency has the listing.

Ukraine Planned War With Russia To Join Nato
Massive Changes are Happening in the US Housing Market
$70K Profit on Out of State House Flip! – Flipping Houses Long Distance – Numbers and Takeaways
How To Start House Flipping As A Beginner (2023 Guide)
2023 Real Estate Investing Strategies to Make Money