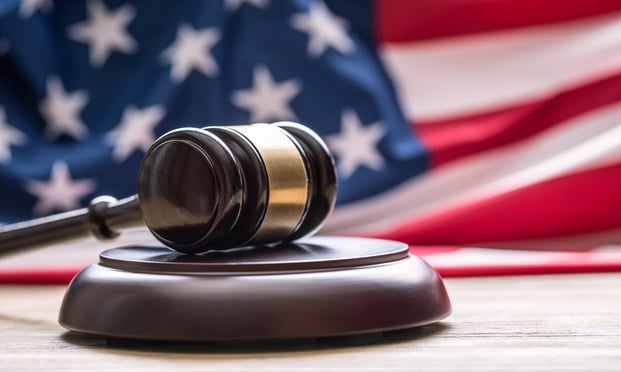 A federal lawsuit from an ex-employee at the Miami and Atlanta offices of commercial real estate giant Jones Lang LaSalle Americas Inc. alleges she was fired for blowing the whistle about apparent widespread tax and securities laws violations.

The lawsuit—filed Wednesday in the Northern District of Illinois—claims to unveil a widespread practice of creating “holdback accounts” that were often used improperly for personal expenses, such as first-class plane tickets, luxury hotel rooms and ski trips.

The defendant, headquartered in Chicago, is one of the world’s largest publicly traded commercial real estate brokerage companies.

Tampa attorneys Gregory Brown and Ryan Leuthauser of Hill Ward Henderson have teamed with Amir Tahmassebi of Konicek & Dillon in Chicago to represent Lareine “Noel” Steinfeld, a former executive at JLL who most recently led a division in its capital markets group.

The lawsuit claims Steinfeld witnessed a pattern of illegal behavior by company executives, some of whom allegedly used the holdback accounts to splurge on non-business expenses, allowing them to dodge taxes and underreport earnings to shareholders.

JLL declined to comment. It has not yet retained lawyers, according to online case files, but its general counsel is David Hitchens.

Steinfeld claimed she became suspicious in 2016, after noticing a large deduction from her commission. When Steinfeld asked about it, the complaint said she was told all team members were required to set aside 6% of their gross commissions for the holdback accounts to cover team expenses such as travel and marketing, and had to give another 3% as a bonus pool for JLL administrators and analysts.

That 9% reduction in annual pay totaled $398,076.79 of Steinfeld and her supervisor’s earnings, according to the complaint, which said she did her own review of expenses and invoices when JLL blocked her from seeing the holdback accounts.

Among the discrepancies Steinfeld allegedly noticed: JLL’s deal and expense tracking system Deal appeared to regularly list expenses much lower than the amounts in the holdback accounts that were meant to reimburse them.

But when Steinfeld took her findings upstairs, she claims executives ignored her and retaliated by stopping her from mixing with new colleagues after JLL acquired a competitor. The complaint claimed that hindered her ability to perform her duties and caused a dip in her revenue—something the suit alleges was “a pretext to terminate her employment as retaliation for reporting concerns.”

Before she was fired, Steinfeld received multiple awards at the company, and was recognized as a “gold achiever” just months earlier, according to her complaint.

And though it’s too early to tell how much money might allegedly have been siphoned, Brown said he suspects it could be millions, based on how widespread the practices allegedly were.

Brown called the case “a template for a whistleblower action.”

“It involves a woman who was very detail-oriented, who, not for purposes of claim-building but because of the concerns she had, was very good at record keeping,” Brown said. “And so I think, for lawyers, this case as it progresses will be a very fine example of a whistleblower action brought for proper purposes.”

And because the allegations span multiple offices, Brown said his team is open to hearing from anyone with further information.

“We’re talking about a significant company, and we certainly would be interested to talk to anybody that has information relevant to the claims made,” Brown said. “I think what you’re seeing here truly is a woman who was motivated by a sense of right and wrong, and really found it to be her duty to report what she was finding internally.”

U.S. District Judge Martha Pacold will preside over the litigation in the Northern District of Illinois.

Citigroup ‘Must Now Live With’ $3.4M Arbitration Award After Divided 11th Circuit Rules Against It

What Drives You? (Discovering Your Real Estate Burning Why)
Don’t Invest In A Condo, Invest In A House #realestateinvesting #realestate
Real Estate Investing Strategies in a Changing Market 2023
Flipping Houses and Landlord Business on the Rise
Home Prices to Fall Through 2024: NEW Report