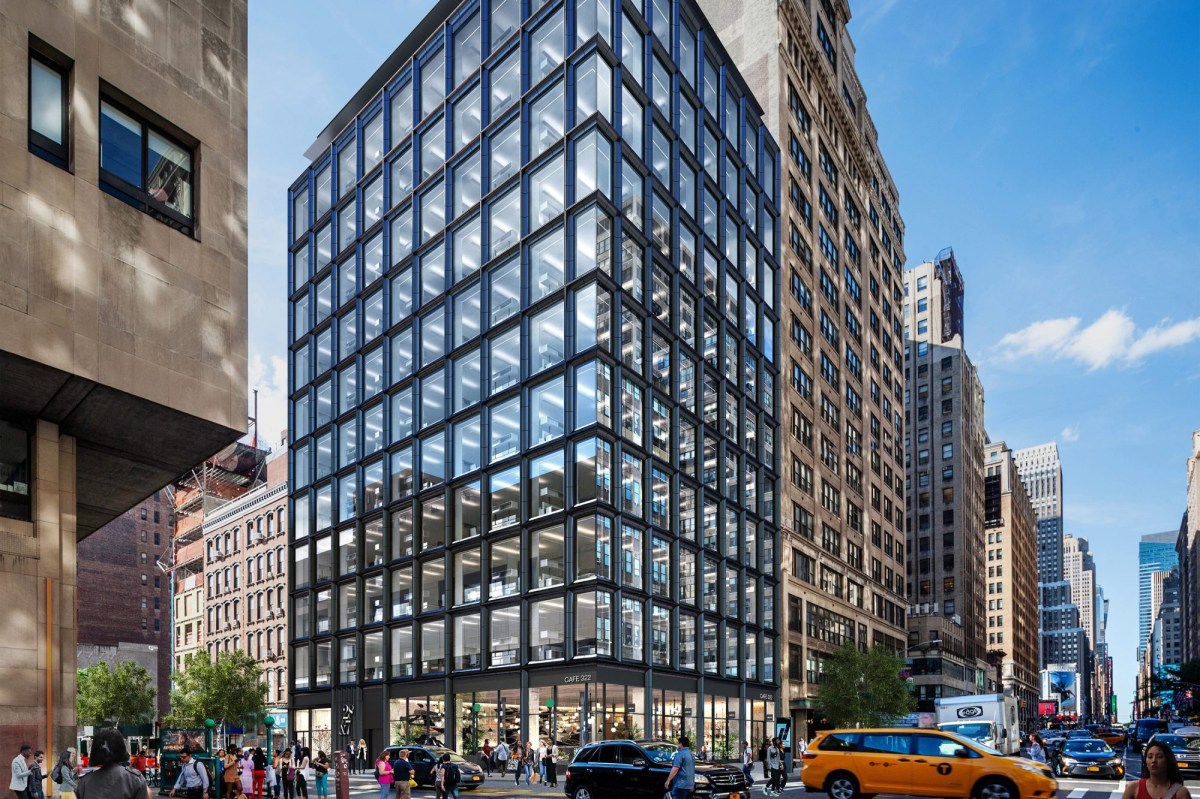 Even as developers and landlords sweat out the pandemic, many new projects that were set in motion earlier are nearing completion or achieving construction milestones. The speculative boutique office tower known as 28 & 7 topped off last week at 322-326 Seventh Ave., with the opening set for late next year.

The project by Sweden’s Klovern AB and New York-based GDS Development will have 105,000 square feet of rentable space on 12 floors. A CBRE team led by Paul Amrich handles the leasing campaign.

The distinctive-looking mini-tower was designed by Skidmore, Owings & Merrill, with a structural grid of black glazed terra cotta, which contrasts with mostly masonry structures in the neighborhood. Amrich described it as “soulful, warm and inviting.” The project is one of three that the co-developers are working on in the city.

Home textiles supplier Keeco is moving to 390 Fifth Ave., at the corner of West 36th Street. The firm signed a lease for 26,170 square feet for offices and showrooms on the entire second floor and part of the fifth floor.

The deal was arranged by Adams & Co.’s Jeff Buslik and Jay Dispaltro for the landlord, Hilson Management Corp., and by Savills’ Evan Margolin and Scott Ansel for the tenant. The asking rent was about $50 per square foot.

Buslik said the Keeco move “is creating a new industry specifically for 390 Fifth” in a neighborhood that’s popular with textile suppliers.

Paola’s Italian restaurant, a Madison Avenue institution for decades, is on the move. The trattoria will leave the former Wales Hotel, which is being converted to condos, for a smaller location at 1361 Lexington Ave. near East 91st Street.

Meridian Retail Leasing’s James Famularo was the sole broker. Paola’s new digs will have 900 square feet. The asking rent was $14,000 a month.

Famularo said Paola’s will take possession on Oct. 1 and plans to reopen later this fall.

Real Estate Investing Strategies in a Changing Market 2023
The Best Vanguard ETFs To Buy In 2023 (High Yield Dividend)
Hang on, now you have to pledge allegiance to the climate change gods to get a job? | Redacted News
$70K Profit on Out of State House Flip! – Flipping Houses Long Distance – Numbers and Takeaways
Buying A $5,000 House: Cheap Houses For Sale 😱