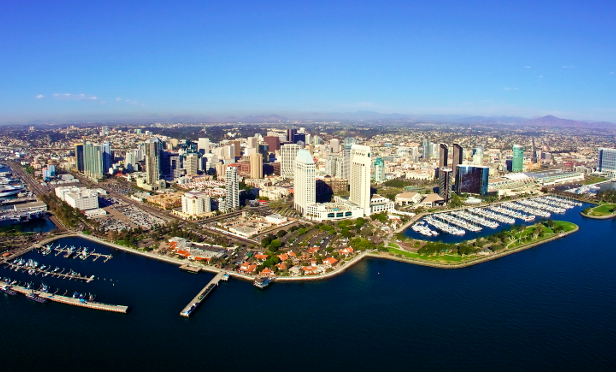 Following the second wave of COVID-19 infections in July, many universities revised re-opening plans an implemented online education through the fall. Online education, however, has not had a significant impact on student housing collections or leasing activity. Student housing owner and operator Pierce Education Properties reports 97% rent collections since the beginning of classes in August and less than 1% lease cancellations as a result of distance learning.

“The degree of no-shows—students who signed a lease, but did not move in—this year in our portfolio was consistent with years past at less than 1%.  And August collections for our portfolio were also very strong at 97%–they were 96% in August 2019. These trends were not impacted by the mode of course delivery,” Frederick W. Pierce, IV, president and CEO of Pierce Education Properties, tells GlobeSt.com.  “This information affirms that students do not want to stay at home and miss out on the social aspects of their college experience.  They want to be at school even if some or all of their courses are on-line. As such, the fall performance of our portfolio has proven to be in line with our optimism earlier in the year.”

While rent collections have not been impacted, the university plans and market fundamentals have changed dramatically, particularly compared to Pierce’s initial outlook earlier in the pandemic. “As universities began announcing fall re-opening plans in May and June, optimism was high as about two-thirds were indicating plans to be holding classes either entirely or substantially in-person,” says Pierce, IV. “Most others were planning a Hybrid approach–some in-person and some on-line. Only 7% were planning for entirely on-line. That bolstered pre-leasing in June and July, which had fallen between 7% and 10% behind last year’s pace in April and May.”

In July, these re-opening plans—which had informed Pierce’s strategy—shifted. “The spike in positive COVID-19 tests in July caused a pivoting of many universities in their re-opening plans,” he says. “According to the Chronicle of Higher Education’s ongoing poll, now only 27% are reporting operating fully or primarily in-person, while 21% are operating in a Hybrid model and 34% are primarily on-line. Still, only a very small minority, 10%, are fully on-line.”

Overall, Pierce believes his portfolio has seen a positive impact from the increase in online education. “At the few universities that have pivoted to entirely on-line this fall and closed their residence halls, it resulted in immediately additional leasing velocity in those markets,” he says. “By way of example, at San Diego State University we captured 100 leases in the week following dissemination of notices of rescission—due to closing of six residence halls with social distancing challenges—to about half of the students with AY 2020-21 housing contracts.”

Michigan State is another example of the positive impact for private student housing operators. “Similarly, when Michigan State announced the closing of all of its residence halls in August, our properties captured 170 leases the ensuing weekend,” says Pierce. “The bottom line is that student do not like on-line courses, 67% reported they are inferior in an April survey, and they want to live at college irrespective of the format of course delivery.”

Are you ready to buy your next real estate?
Massive Changes are Happening in the US Housing Market
If you’ve been thinking of getting into house flipping, it’s time to take action!
Buying A $5,000 House: Cheap Houses For Sale 😱
The American Dream vs Reality: Home Prices and Rents in America