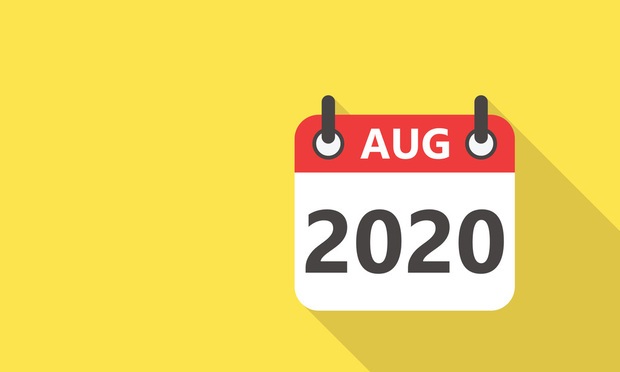 On July 15, the extension deadline for 1031 Exchange investors to choose on their replacement assets passed.

Total STNL asset sales rose by just eight transactions between July and August from 320 to 328, respectively, which was a small 2.5% increase.

“August sales were generally consistent with our projections,” Pappas says. “The numbers suggest many investors benefiting from the July 15th 1031 exchange deadline extension were proactive in closing their replacement properties. However, there was an equally large investor cohort that waited until closer to July 15th to begin seriously moving to secure their upleg.”

Pappas says net lease sales velocity flattening is “a strong indication that many investors subject to the July 15th 1031 Exchange extension deadline closed on their replacement assets in July.” If investors had waited until the deadline to identify assets, they would not have been able to close in July.

“However, many of those investors would have been able to close their replacement asset(s) in August, which would have led to a month-over-month sales spike,” Pappas wrote. “Instead of a spike, we saw a nearly identical number of sales in July and August. The month-over-month velocity parity suggests investors subject to the July 15 deadline began closing well in advance of the deadline.”

Gas stations and convenience store assets saw the largest drop, falling to five percent of total transactions with just 18 sales. Cracker Barrel sold more than 60 locations in a bulk sale-leaseback, though Pappas excluded it from this analysis.

The South, which attracted 39% of total investment, was the most popular region for net lease investment. Overall, it saw a 1% increase from July.  Texas and Oklahoma enjoyed the largest month-over-month increase at 5% while the Northeast experienced the largest decline at 6%.

While 1031 Exchange investors may now be exiting, Pappas thinks others may pick up their slack in future months.

“September is an important month because it should mark the completion of placing any exchange capital subject to the July 15th 1031 extension [NNN closings are typically no longer than 60 days],” Pappas says. “While there may be a decline in private 1031 capital chasing NNN deals after September, many expect institutions who were on the sidelines during the height of the pandemic to get very busy toward the end of the year.”

Jan. 2023 Foreclosure & Mortgage Delinquencies UPDATE
Where the Money is in Foreclosures
Why does the US think it’s OK to try and RULE the WORLD?!? #shorts
Are Mandates coming back?!?! #shorts
Is Ukraine seriously going to try to take Crimea? It was never theirs to begin with! #shorts