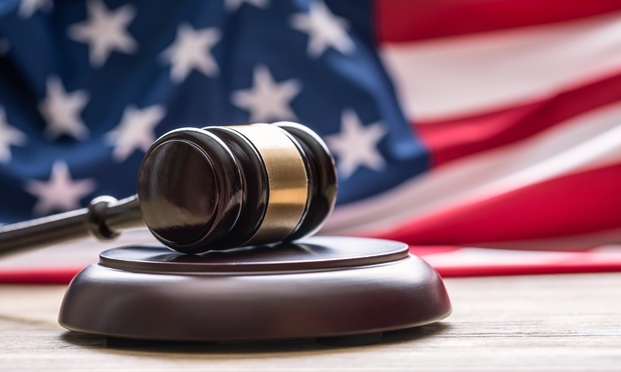 The National Apartment Association has joined the New Civil Liberties Alliance in a lawsuit challenging the US Centers for Disease Control and Prevention’s national eviction moratorium that it ordered earlier this month.

The New Civil Liberties Alliance is a group focused on reigning in the expansion of federal agency powers.

The associations are seeking a stay to the CDC’s order as part of the initial filing, NAA President and CEO Bob Pinnegar tells GlobeSt.com. “Then we will move on from there.”

There is a two week waiting period after the filing, he explains, and the hope is to get a hearing as soon as October on the matter.

The suit argues that federal agencies do not have powers to waive state laws and the CDC has encroached on private property rights with no legal authority.

CDC’s actions are not authorized by statute or regulation, the suit says. “But even if they were, they are unprecedented in our history and are an affront to core constitutional limits on federal power. If allowed, the Order would abrogate the right to access the courts, violate limits on the Supremacy Clause, implicate the nondelegation doctrine, and traduce anti-commandeering principles.”

With the moratorium the CDC reached far beyond its broad powers, Pinnegar says. “It does fine work but it is out of its depth on the issues of economics and housing.”

The CDC is able to regulate movement from state to state to keep disease from spreading and it also is able to step into local jurisdictions if that area has no ability to respond and has not protected the public from the health crisis, Pinnegar continues. “We feel the CDC has moved beyond its original authority.”

Pinnegar also points out that the pandemic will not magically end on Jan. 1, 2021 when the moratorium is due to be lifted. “We are worried it could be extended,” he says.

The apartment industry is already hurting from the crisis, he notes.

Small mom-and-pop landlords have reported lower rent collections this year, with 25% of them borrowing money to cover operating costs, according to a survey by The National Association of Hispanic Real Estate Professionals and UC Berkley’s Terner Center for Housing Innovation.

Affordable housing landlords are also reporting lower rent collections and Pinnegar says there is a real risk that this housing stock could be significantly reduced by the time the pandemic has passed. If apartments that have been financed with tax credits go into foreclosure, the bank is the entity that will decide if it keeps the affordable housing mandate, Pinnegar says. Even market rate properties have a similar risk, he adds. “If a property goes into foreclosure, the resident will still be there and who will want to buy that? There could be a severe loss of units.”

Institutional landlords also have their problems although they have not been as badly affected as they tend to own class A and class B properties, which have generally been unscathed from the economic dislocation resulting from the pandemic. Yet there has been a steady decline of people paying their rent at the first of the month, Pinnegar notes, and the institutional investors are starting to see some fraying in their portfolios as well. “Based on the conversations that I have been having with them, they have people with financial hardship but it is not as widespread.”

But there is starting to be more movement in rent trackers showing fewer and later payments from class A and class B tenants. Many of these individuals are accumulating mounting rent debt, which is significant, Pinnegar says, and it is unclear whether these tenants will be able to repay. “Either the landlord gets a judgment against the individual and likely won’t be able to collect or the tenant will declare bankruptcy.”

This is not to say the multifamily industry is unsympathetic to tenants’ plight. The answer to the current crisis, Pinnegar and others have long maintained, is federal government support. Before the weekly $600 in federal unemployment benefits expired, rent payment collections held relatively steady.

The lawsuit, Pinnegar says, “is the result of Congress’ inaction on a new stimulus bill, which has forced the industry to push back.”

The apartment industry is not a high margin one, he says, and is unlikely to remain resilient until early summer or late fall of next year, when a vaccine is widely expected. Of every dollar received in rent, according to NAA stats, 39 cents goes to a mortgage payment, 27 cents to paying staff and operations, 14 cents to paying taxes, 10 cents for reserves leaving anywhere from 9 cents or less for profit.

“Given the stress the industry is experiencing already, we need Congress to act right now to assist renters,” Pinnegar says.