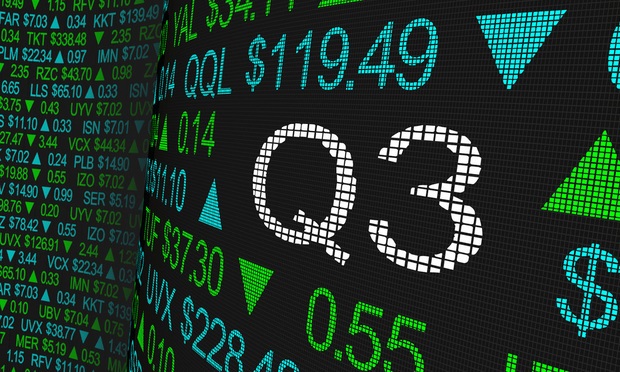 Like the rest of the commercial real estate community, the net lease sector experienced a grim second quarter. Unlike the rest of the industry, though, net lease appears set to have a robust second half. That is the consensus of the panelists at GlobeSt.’s Net Lease virtual conference, held Thursday.

“Things have come back since the pandemic started,” Barclay Jones, EVP for iStar, told listeners. “I think Q3 will be a strong quarter.” Part of what shut the firm down those early, he added, were the bottlenecks that immediately sprang up as the world retreated to their homes in the Spring. Those have been largely resolved, he said.

Of course it was more than just Gerry-rigged closing processes that kept deals at bay during those days. Gino Sabatini, head of Investments for W.P. Carey said the REIT did very little volume in Q2 and instead took a wait-and-see approach to the market.

He, too, is bullish about Q3 and is looking forward to a strong deal flow.

The reasons for the expected surge transactions range from the normal demand for net lease properties, to the dislocation underway in the market as investors move out of offices and other less-favored assets, to possible regulatory changes with a new presidential administration, the panelists said.

Glen Kunofsky, managing director with Marcus & Millichap’s net lease group, reported that the group’s deals are up 40% year to date over last year. “A lot of that is people making decisions based on what they think the market will do and we execute on that. There is definitely some capital markets dislocation” fueling these transactions.

“The changes in the economy and way people are looking at various assets now is impacting the 1031 market,” Sabatini said. “There are massive dispositions of buildings in cities and people looking to redeploy those proceeds. This could be a dramatic change in competitive landscape.”

Angelo Gordon, for its part, has picked up transactions from companies that weren’t able to proceed with earlier deals, as well as moving ahead with its own deal flow, managing director Gordon Whiting said. Business is so robust, he added, that “I think by year end we will have the largest transaction volume, or at least the second largest, from the last 16 years. The smart companies are saying, ‘let’s get ahead of what is likely to be a liquidity crisis in the future and get deals done now.”

Other activity is supply related, as companies seeking liquidity opt to monetize their real estate with sale leasebacks, said Teddy Kaplan, portfolio manager for New Mountain Net Lease. For companies that are performing well, he added, pricing has been at pre-Covid levels.

Kunofsky of Marcus & Millichap said he is seeing investors getting out of apartments and offices and getting into net lease based on the election timing. “We recently sold to one private group that never bought net lease close to $300 million in investments, including two Amazon warehouses at a 3.3% cap rate.”

It is a mistake, though, at least in Kaplan’s opinion, to panic about possibilities that may never happen. “I don’t think that on day 1 Biden would eliminate the 1031. If people have assets to sell, good for them, but if they are feeling panicked they shouldn’t.”

“A lot of sellers driven by election concerns tend to wind up being wrong.”