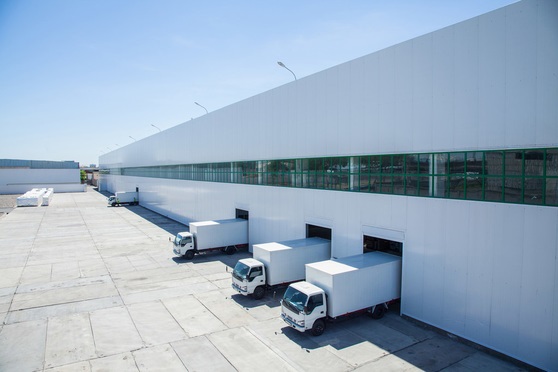 Dying malls have a viable use case: conversion into logistics facilities, according to a new report from Prologis. This is not exactly news: such projects have long been hyped as the answer to struggling class C and class D malls. The problem was, there have been only a few successful projects.

That may be changing. Last month, the Wall Street Journal  reported that Simon Property Group has been exploring with Amazon the possibility of turning some of its anchor department stores into Amazon distribution hubs.

In short, the tide may finally be turning for these projects, the Prologis report finds.

“COVID-19 has brought more than five years of evolution in the retail landscape into less than five months of time,” said the report, which evaluated the possibilities for—and obstacles to—conversion from retail to logistics. At the same time, the report continues, “Increased demand for high quality and infill logistics real estate is on the rise, stemming from the accelerated adoption of e-commerce and just-in-case inventory. Collectively, these changes have prompted retail owners to explore the opportunity to convert retail space for distribution uses.”

Generally speaking, the REIT said, “Class-A and Class-B malls remain viable as retail real estate.” However, the report continued, “anchor redevelopment [in such properties] has begun to become feasible. We estimate there will be anywhere from 60-110 malls with an anchor redevelopment among the roughly 400 malls in Prologis markets.”

When it comes to freestanding retail, there are fewer opportunities for conversion, but there still are some. Sites of more than six to eight acres are the only candidates, Prologis noted, but given the fact that stand-alone stores are the largest category of retail, the firm predicted conversion from retail to logistics of about 45 million square feet over the next 10 years.

Conversion isn’t easy, the report cautioned. Considerations include the economics of logistics tenants versus higher value  tenants; the politics of downzoning; the physical plant of a location and legal issues.

“Even when strategy and economics align, conversions won’t happen quickly,” Prologis warned. “Existing agreements will be a near-term hindrance.”

Still, the REIT forecasted, “Incremental new supply for logistics from retail conversions will be five to 10 million square feet per year in the coming decade.”

US Real Estate Market Forecast 2023: Insights for Buyers & Sellers in the Housing Market
How To Start House Flipping As A Beginner (2023 Guide)
3 Real Estate Investing Strategies You Must AVOID in 2023
If you’ve been thinking of getting into house flipping, it’s time to take action!
What are the trends in the 2023 housing market?