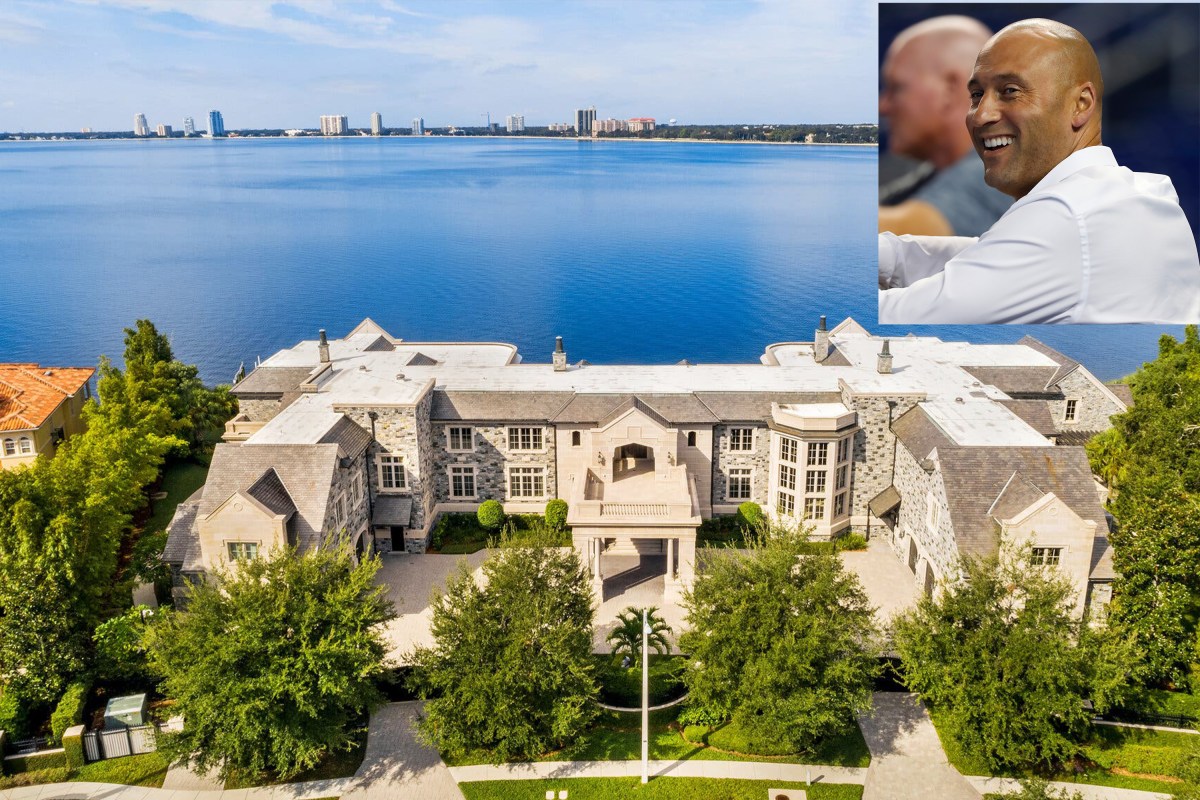 St. Jetersburg is on the market.

Derek Jeter and his supermodel wife, Hannah, are putting their palatial mansion in Tampa, Fla., on the market, with an asking price of $29 million, according to the New York Times.

“This is the most impressive home to ever hit the market in the Tampa Bay area,” Stephen Gay, of Smith & Associates Real Estate, told the paper.

Jeter, the Yankees’ Hall of Fame shortstop and CEO of the Marlins, owned the expansive property on Davis Islands, located south of downtown Tampa. It is a 30,875-square-foot estate that was built in 2012 and sits on 1.25 acres. It has seven bedrooms, eight full bathrooms, eight half-baths, and almost 9,000 square feet of outdoor space that includes two boat lifts and an 80-foot-long pool.

Tom Brady and wife Gisele Bündchen moved into Jeter’s house after the quarterback left the Patriots to sign with the Buccaneers, renting the house knowing Jeter had intentions of selling it.

“Tom and Derek negotiated favorable terms in the lease agreement so the Jeters could list, market, show and sell the property for sale,” Gay told the Times.

In 2017, the Jeters moved to Miami after he took over the Marlins.

Massive Changes are Happening in the US Housing Market
The Best Vanguard ETFs To Buy In 2023 (High Yield Dividend)
What Drives You? (Discovering Your Real Estate Burning Why)
Home Sales Fading: Florida Housing Market Update
$70K Profit on Out of State House Flip! – Flipping Houses Long Distance – Numbers and Takeaways