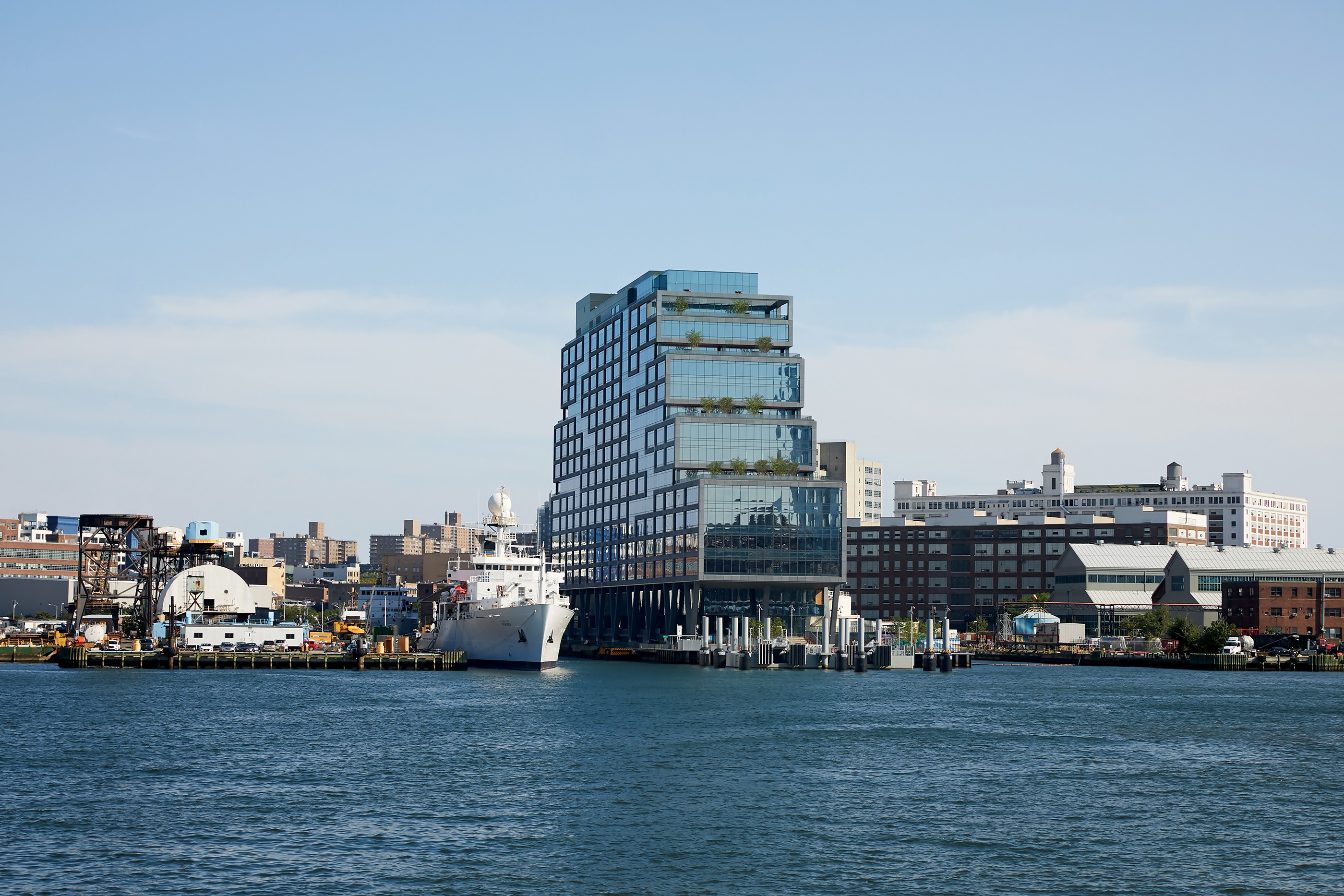 NEW YORK – WeWork has designated Dock 72 at the Brooklyn Navy Yard as one of its flagship headquarter locations for its New York City-based employees.

The co-working company opened several floors of the Dock 72 space for members in the fall of 2019. Two floors of the 16-story office building will now house WeWork employees, encompassing 100,000 square feet of space.

The 675,000-square-foot building, developed in partnership between Boston Properties, Rudin Development, WeWork and the Brooklyn Navy Yard Development Corp., served as the first major ground-up commercial office development in Brooklyn, in more than a decade.

“By dedicating Dock 72 as one of our New York City flagship headquarters locations, we are continuing to provide a diverse set of locations where our employees can connect, collaborate, and grow,” states Sandeep Mathrani, WeWork CEO. “WeWork is committed to being long standing community partners, and Dock 72 is an example of our investment in the community, its people, our members and the future of our city.”

“WeWork’s flagship designation at Dock 72 is testament to the benefits of working alongside the Yard’s diverse range of companies at the intersection of tech, manufacturing and design—and to the vital role the Yard is poised to play in the city’s longterm economic recovery,” says David Ehrenberg, president & CEO of the Brooklyn Navy Yard Development Corp. ”As the Yard moves ahead with its largest expansion since WWII, WeWork and Dock 72 will ensure it continues to fuel the Brooklyn economy for years to come.”

More Russia fear-mongering! When is this madness going to end? #shorts
$70K Profit on Out of State House Flip! – Flipping Houses Long Distance – Numbers and Takeaways
Is @elonmusk trolling? #shorts
What Drives You? (Discovering Your Real Estate Burning Why)
The Best Vanguard ETFs To Buy In 2023 (High Yield Dividend)