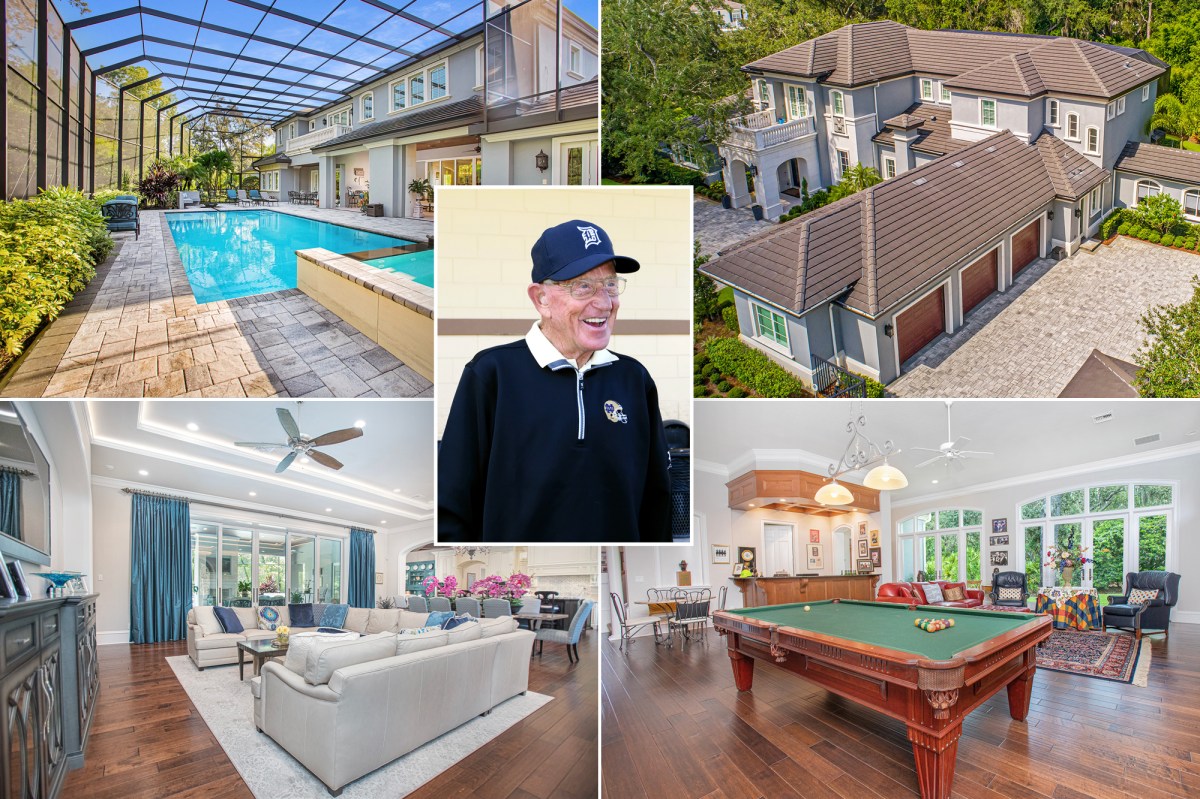 Former Notre Dame football coach Lou Holtz is looking for a touchdown on a sale of his Florida home.

Holtz, a supporter of President Donald Trump who will receive the Presidential Medal of Freedom, has just listed his Orlando, Fla., estate for $4.5 million — and he’s making a long toss in hopes of nabbing a big profit. The Los Angeles Times reported he purchased the nearly 11,000-square-foot mansion for $254,000 in 1997, roughly $415,000 in today’s dollars.

However, the Times explained that lightning struck the home in 2015, which resulted in a massive fire that required 60 firefighters and about three hours to extinguish. An extensive renovation followed in 2017.

The 1.2-acre property stands in the Lake Nona Golf & Country Club — and comes with six bedrooms, six full bathrooms and four half bathrooms.

One of the home’s most standout features is a smoking room with an air purification system, as Holtz is said to like his pipes. Elsewhere, there’s a billiards room with a wet bar.

The property also houses Holtz’s “Walkway of Fame,” a custom space that’s filled with memorabilia and awards — such as the two college national championships he’s won and his two honors as the Eddie Robinson Coach of the Year. The College Football Hall of Fame inducted Holtz in 2008.

Elsewhere, Holtz keeps a kitchen under coffered ceilings, an elevator and a bedroom wing with French doors that lead to the pool and spa. Also outside, a lanai with wooden ceilings, a fireplace and a grill.

Last month, Holtz made news after delivering a speech at the Republican National Convention — a speech in which he called Democratic presidential candidate Joe Biden a “Catholic in name only.” In turn, Father John Jenkins, the president of Notre Dame, said viewers shouldn’t assume the university endorses Holtz’s views, particularly his remark on Biden’s faith.

Holtz coached at Notre Dame for 11 seasons, winning the 1988 national title. After his run there, he coached at South Carolina and, also coached the New York Jets for one season in the 1970s.

Peter Luu of Premier Sotheby’s International Realty has this listing.

Is @elonmusk trolling? #shorts
Taxes When Selling a House – How To Avoid Capital Gains!
How To Start House Flipping As A Beginner (2023 Guide)
2023 HOUSE PRICES – Do NOT Submit Any Offer Until You Watch | Buying a Home 2023 Buyers Market 2023
If you’ve been thinking of getting into house flipping, it’s time to take action!