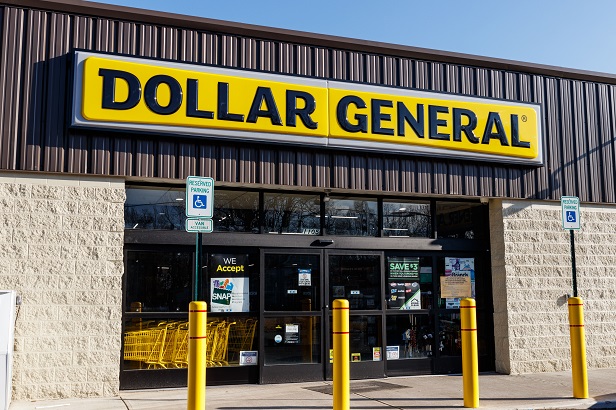 While many CRE sectors and product types have floundered after COVID-19 hit, one industry has continued to flourish.

In the second quarter, cap rates for dollar stores fell a 12-basis point decrease when compared to the prior year, according to The Boulder Group.

There are some long-term concerns for the sector, most notably overbuilding. But e-commerce, while it has wreaked havoc for some retailers, isn’t a near-term threat, according to Randy Blankstein, President of The Boulder Group. The main reason is that dollar stores are essential in small towns and rural areas.

“Amazon is a very developed network in the top 25 to 40 metros,” Blankstein says. “Once you start getting to rural areas, they don’t have the same kind of next-day type of services. And it’s unlikely they’re going to build out huge distribution centers in the middle of Montana. So I think Amazon won’t be entering into some of these markets. I’m not sure that economies of scale make sense [for Amazon] in rural markets, but that’s for them to compete with the dollar stores, and they have the immediate need issue.”

Chris Pappas, associate director with Marcus & Millichap’s Net Lease Division, agrees. “Dollar stores provide customers access to low-cost goods right now whereas Amazon must deliver which takes time,” he says. “According to recent data from GlobalData Retail, 75 percent of Americans are within five minutes of a Dollar General. Moreover, a critical mass of new dollar stores is opening in secondary and tertiary markets within which Amazon does not have the logistics infrastructure to deliver low-cost goods next day profitably.”

“Dollar stores attract lower-income customers while Amazon purchasers are typically more affluent,” Pappas says. “For example, many dollar store customers do not have resources to open a bank account, prohibiting them from making online purchases. Additionally, low-income customers often find an Amazon Prime membership too expensive, which is needed to qualify for expedited shipping.”

There is also an element of surprise that can make dollar stores appealing. “Dollar stores are experiential, and humans will continue to be social creatures,” Pappas says. “Similar to Marshalls and TJ Maxx, dollar stores rotate products creating unpredictability regarding inventory. This ‘treasure-hunt’ experience keeps customers coming back for the thrill of finding a great deal. Amazon will have a very difficult time generating this type of shopping excitement.”

Blankstein wonders if where people live influences how they think about Amazon. Just because people in big cities can get same day service from Amazon, they may assume everyone enjoys that convenience.

“A lot of us live in major metros,” Blankstein says. “We automatically see Amazon trucks all day long and think it’s everywhere. Well, it’s only in major metros. It’s not in towns of 4,000 people, which are five miles from another town. There are just no efficiencies for Amazon to do same-day delivery in very remote locations.”

Hang on, now you have to pledge allegiance to the climate change gods to get a job? | Redacted News
If you’ve been thinking of getting into house flipping, it’s time to take action!
$70K Profit on Out of State House Flip! – Flipping Houses Long Distance – Numbers and Takeaways
How Joel Made a Million Dollars with Freedom Mentor Phil Pustejovsky
4 Resources for Investors To Stay Ahead