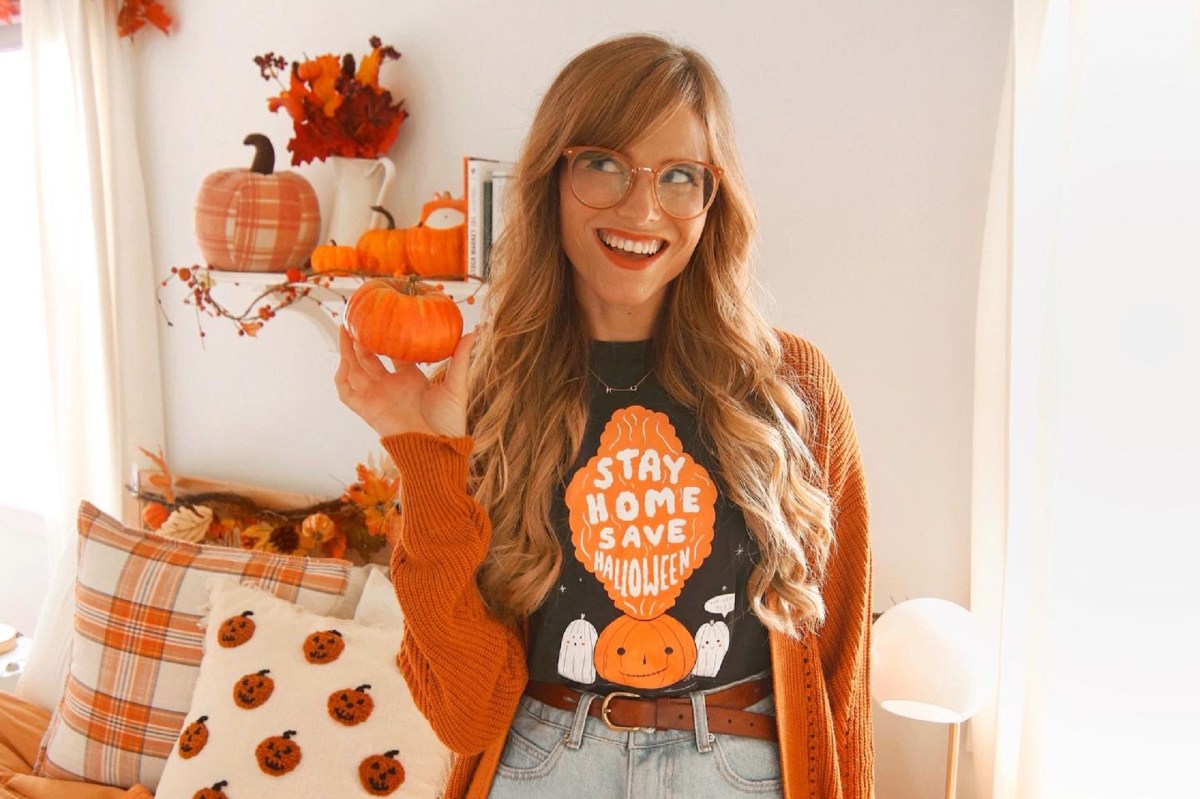 For Steffy Degreff, Sept. 1 is a big day. It’s when the Long Beach, NY, resident officially welcomes fall by switching up the décor of her carefully styled home to match the season.

Garlands feature heavily, as do pumpkins. Gourds adorn wreaths, pillows, blankets, knick-knacks. Even the ravioli she eats for dinner with her husband and two young sons are pumpkin-stuffed. This week, Degreff also tried her hand at latte art, sifting Trader Joe’s Pumpkin Pie Spice — “the secret sauce” — over a leaf stencil to perk up her coffee, poured into a mug scribbled “Fall is my favorite.” And she shares it all with her 368,000 followers on Instagram.

The first of September may seem early, but Degreff sees it as practical. “When you’re decorating all out, it’s kind of silly to just do it for a few weeks and then take it down,” said the 33-year-old lifestyle blogger, who declined to share how much she spends on the annual fall makeover but added that just $200 can go a long way.

There are naysayers who claim it’s too soon, that it’s downright unreasonable to put up Halloween merchandise when the temperature is still in the 80s.

“I’m in a beach town. I would say there’s about 30 percent of people that hate early decorating, they’re so clung to summer,” said Degreff. “They’re like, ‘How dare you put pumpkins out in the beginning of September!’ Which I get. But then the other 70 percent of people just love fall.”

A study by the National Retail Federation found that over a third of Halloween enthusiasts begin shopping in September or earlier.

Shops and eateries, too, cater to these early-fall fanatics. The beloved (and much derided) pumpkin spice latte at Starbucks, for example, became available on Aug. 25 this year.

In widely cited research, British psychoanalyst Steve McKeown has said that putting festive trinkets up ahead of any official holiday breeds happiness and nostalgia, emotions even more prized during pandemic times.

“Decorations are simply an anchor or pathway to those old childhood magical emotions of excitement,” he explained.

Alexis Ragucci of Saugus, Mass., who has already kicked off spooky season, agrees.

This year, amid the coronavirus crisis, she was especially eager to turn over a new leaf.

Said Ragucci: “I found myself wanting to be even earlier this year, being home a lot more, giving myself and the family something to look forward to.”

$3.6MM Luxury House Flip Before & After – Farm House Renovation Before and After, Luxury Home Tour
Is Ukraine seriously going to try to take Crimea? It was never theirs to begin with! #shorts
Ukraine Planned War With Russia To Join Nato
28 Million New Home Buyers Coming 2023
Flipping Houses and Landlord Business on the Rise