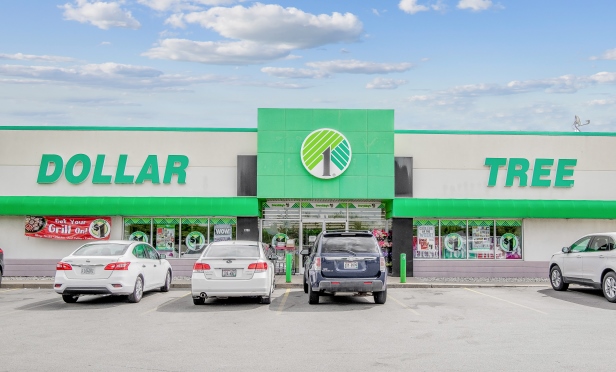 However, beneath the cloud of uncertainty that is COVID, some retailers are coming out on top and thriving in the current environment. Data from Coresight emphasized that from the 2,800 stores opened in 2019, some 1,800 were discount retailers, the segment proving to be resilient in both good times and bad.

Specifically, dollar stores are expanding at rapid rates as other brick-and-mortar retailers have shuttered, and have gained attention as success stories in the country’s most economically distressed areas, mostly rural counties that have few retail options. These retailers entered 2020 from a position of strength with a format that is well suited for today’s marketplace, according to Matthews. This unique real estate footprint, combined with value and convenience, remains a competitive advantage during COVID-19.

The two leading discount retailers are Dollar General and Dollar Tree/Family Dollar, which operate more than 30,000 stores nationally and plan to open thousands more, vastly outnumbering Walmart and other retailers, along with hiring more workers to meet the heightened demand during the coronavirus. Specifically, Dollar General plans to hire 50,000 new employees.

This dollar store trio was deemed essential to provide affordable and convenient household products in numerous rural and suburban communities. These companies have withstood the relentless competition from Amazon and Walmart, and now the coronavirus by selling cheaper products to lower-income shoppers.

In 2008, the stock that beat all other S&P 500 stocks was Dollar General, rising more than 60% that year, almost double the second highest-returning stock. Furthermore, Dollar General’s stock reached an all-time high of $194.84 on June 1, 2020, according to Matthews.

Other stats: The dollar store market sells more groceries than high-end stores. As of third quarter 2019, dollar stores sold $24 billion worth of groceries, while Whole Foods sold $15 billion. And according to Forbes, dollar stores feed more Americans than Trader Joe’s and Whole Foods. These retailers have more US locations than all Walmarts and Starbucks combined, and more combined than Walmart, Kroger, Costco, Home Depot, CVS and Walgreens, the country’s six biggest brick-and-mortar retailers. The dollar store retailers open a new store every four and a half hours, an average of more than five a day.

Josh Bishop, Matthews’ vice president/director and dollar store expert based in Dallas, recently shared some insights into what gives dollar stores a competitive edge, what makes up the bulk of sales, why dollar stores are key retailers during COVID and what makes this concept an ideal NNN tenant.

Bishop: What differentiates them is their target market or customer base. Dollar General focuses primarily on rural or tertiary markets, whereas Dollar Tree/Family Dollar target more urban infill locations. It is worthwhile to note that while Dollar General and Family Dollar are direct competitors, Dollar Tree has an entirely different customer base. In my experience, investors often get this confused and think that Dollar Tree competes with the other two, however, that is not the case. Dollar General and Family Dollar are your traditional discount retailers with most items in the store being priced under $10, whereas Dollar Tree is your traditional dollar store with all merchandise priced at $1.

In terms of real estate, Dollar General separates itself from the other two by offering a 15-year absolute NNN lease. There were a few years where Family Dollar was signing 15-year leases, but after the Dollar Tree acquisition, they reverted to their original 10-year NN structure.

Bishop: It may come as a surprise, but dollar stores have made a drastic shift in their product mix over the past several years. Their primary focus has shifted to consumables and, believe it or not, they are acting as grocery stores to most of those living in rural America. For instance, Dollar General reports that roughly 80% of their sales are derived from consumables. With more than 30,000 locations, it is estimated that more than three-quarters of US residents live within 5 miles of a Dollar General store. The same cannot be said for Whole Foods, Trader Joe’s, Walmart or any other grocer.

GlobeSt.com: Why do dollar store assets have an advantage during COVID-19?

Bishop: Dollar stores remained open throughout the pandemic while other retailers were forced to shutter. As unemployment numbers rose, we witnessed a direct correlation with the performance of the dollar stores. Many households are currently struggling to make ends meet, which has forced the consumer to search for value and focus on getting the most bang for their buck.

Additionally, shoppers can avoid the extremely large crowds of grocery stores. For consumers concerned with their health and safety during these uncertain times, dollar stores offer a friendly alternative.

Bishop: First, it is important to note that dollar stores thrive in both good and bad times. One of the most appealing aspects of a dollar store investment is the strong corporate guarantee by which the leases are accompanied. For example, Dollar General boasts an investment-grade credit rating of BBB, while Dollar Tree/Family Dollar offer an investment-grade credit rating of BBB-. A dollar store investor can enjoy a long-term (10 to 15 year) lease, which can either be an absolute NNN or NN with limited landlord responsibilities. When compared to other single-tenant net lease investments of equal or greater credit, dollar stores provide a significantly higher rate of return.

What are the trends in the 2023 housing market?
FUN FACTS ON USA REAL ESTATE MARKET #shorts #viralshorts #youtube #realestate #viralshorts
What Drives You? (Discovering Your Real Estate Burning Why)
Massive Changes are Happening in the US Housing Market
Don’t Invest In A Condo, Invest In A House #realestateinvesting #realestate