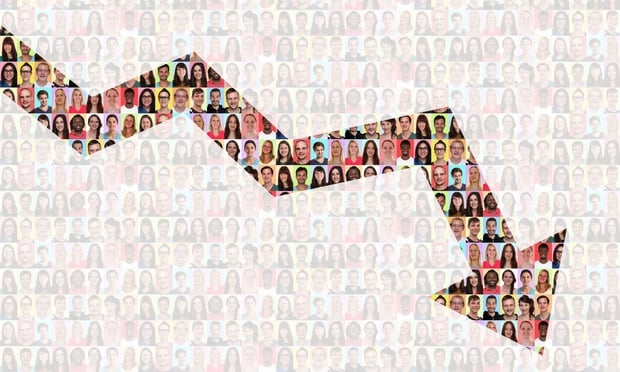 The CMBS delinquency rate continued to drop in August after posting the largest decline in four years in July, according to a new report from Trepp.

The 9.02% overall CMBS delinquency rate for August was a decline of 58 basis points from the July number, with about $6.5 billion in loans cured, according to the August 2020 U.S. CMBS Delinquency Report.

“By ‘cure,’ we mean that the loan was delinquent in July but reverted to current (or in or beyond grace period) status in August,” said Trepp senior managing director Manus Clancy.

“Some of these cures came as a result of forbearances being granted and borrowers being authorized to use reserves to make the loan current. In other cases, relief was canceled or withdrawn by the borrowers and the loans were brought current without relief,” Clancy explainned.

However the percentage of loans 90 days delinquent rose from 2.65% in July to 4.02% in August. There were also 3.14% of loans that missed the August payment but were less than 30 days delinquent, up from 2.83% in July, Trepp said.

Trepp forecast earlier this summer that the CMBS delinquency rate could be reaching “terminal delinquency velocity,” according to the report, reflecting the firm’s belief that most borrowers seeking debt service relief had already requested it. In other words, if a borrower didn’t need relief between April and June, “there is a good chance the borrower won’t be needing it–although maturity defaults could still be an issue,” it said.

But an uptick in delinquencies in the future is possible, Trepp cautioned, because relief windows for some loans are ending and new regions of the country have been hit with the Covid-19 virus for the first time over the last 60 days.

That said, Trepp forecast that any future increases in the delinquency rate will be more modest than the rates reached earlier in the coronavirus crisis.

Buyers are Liars and Seller are Too Timeless Real Estate Wisdom #shorts #realestate #freedommentor
2023 Real Estate Investing Strategies to Make Money
What Drives You? (Discovering Your Real Estate Burning Why)
WHY Flipping Houses Never Made Me Wealthy…
Flipping Houses and Landlord Business on the Rise