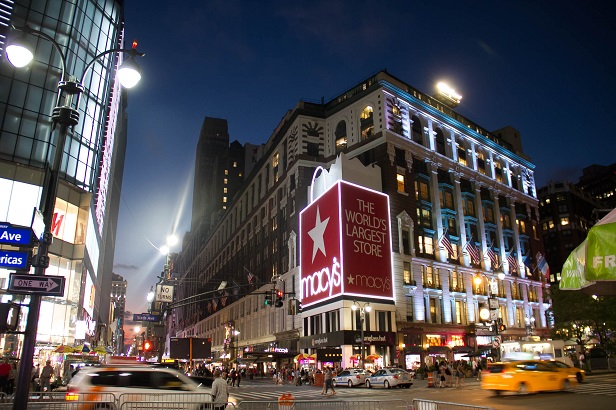 Macy’s is doubling down on testing off-mall, smaller format stores.

Earlier in the year, Gennette shared that every off-mall Macy’s store would have pick up and returns. But this week, the company announced that it would be testing a smaller format for Bloomingdale’s, which will be launched in the fourth quarter of 2021.

Gennette emphasized that Macy’s and Bloomingdale’s aren’t giving up on malls, though he thinks B and C malls will feel pressure over time.

“We continue to believe that the best malls in the country will thrive,” Gennette said on the call. “However, we also know that Macy’s and Bloomingdale’s have high potential off-mall and in smaller formats.”

Macy’s joins a parade of other retailers testing these smaller format concepts. In March, Target reported that small-format stores contributed more than $1 billion in total sales in 2019. After reaching 100 small-format stores in 2019, the retailer planned to open nearly three dozen new stores.

The small format strategy was working so well for the retailer that it also announced that it was exploring sites for stores that are approximately 6,000 square feet, which is roughly half the size of its smallest small-format store. Those stores would help the retailer reach “even more guests in urban neighborhoods and on college campuses.” The first store lease was expected to be signed in 2020, with an opening date in 2021. But that was before the U.S. experienced the full brunt of COVID-19’s shutdowns.

In its Q4 2020 earnings call in June, Nike announced that it was opening 150 to 200 small store concepts in North America, Europe, the Middle East and Africa. Several grocery stores have also tried the strategy. Nordstrom and Ikea have all tested smaller stores that also function as order pick up locations.

“The modern lifestyle elicits many quick trips to the grocery store and has shoppers searching for convenient meal solutions that are healthy and delicious,” The Impact Group said in a 2019 report. “It’s a tall order for a full-sized grocery store, yet it appears these small, focused retail concepts may best satisfy the demand.”

Real estate experts cautiously optimistic about 2023 housing market
Flipping Houses Step By Step for Beginners: $47,000 in 90 days 🤯
How To Start House Flipping As A Beginner (2023 Guide)
3 Real Estate Investing Strategies You Must AVOID in 2023
Is @elonmusk trolling? #shorts