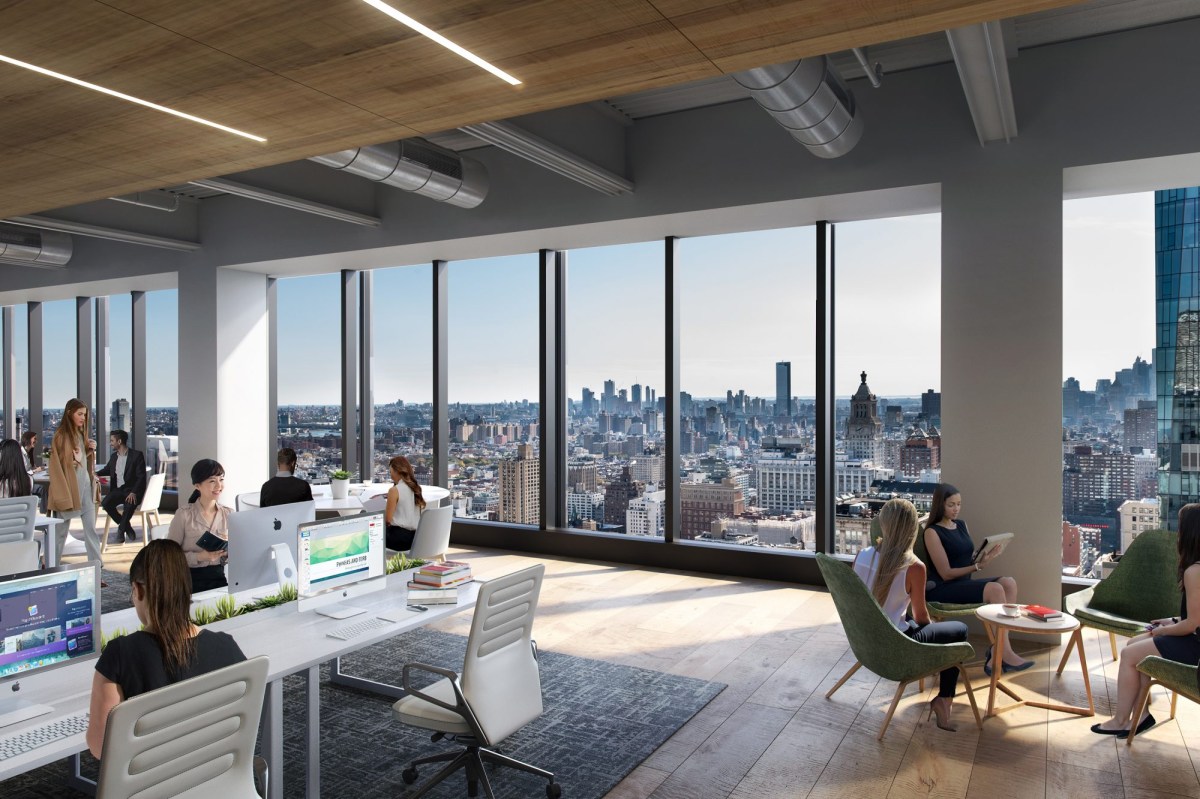 Bucking fears of a bleak future for office buildings, SL Green is taking the plunge on a $2.3 billion, speculative project that bets on a revived city three years from now.

The job won’t be finished until the fall of 2023, which gives the developer plenty of time to find tenants. Even so, it’s an audacious stroke by SLG and its joint-venture partners, Texas-based Hines and National Pension Service of Korea.

One Madison launched even as Manhattan’s office towers remain 85 percent unoccupied despite being 88 percent leased.

SL Green Chairman and CEO Marc Holliday termed the situation “frustrating” in a third-quarter earnings call, but said, “I think [that work-from-home employees] will be back.” Whenever that may be “doesn’t, in our estimation, affect any of the long-term fundamentals of things we look at.”

“I think 2023 is the perfect time to bring One Madison onto the market,” SL Green executive vice president and leading director Steven Durels said this week. “I think we’ll be past COVID and the economy will be in growth mode.”

SL Green on Monday closed on a $1.25 billion construction loan for the project from a consortium of seven banks.

The development partners and architects KPF are the same team behind One Vanderbilt, the just-opened, 1,401-foot tall skyscraper that broke ground in 2016. Durels said his confidence in One Madison “comes from the leasing velocity at One Vanderbilt, which is the same today as it was pre-COVID. We signed three new leases since work resumed in June. And we have three new leases out that are close to being done.”

One Madison stands adjacent to the landmarked Clocktower, now an Edition by Marriott hotel, in the heart of Midtown South.

Nine floors on the avenue side will combine a mostly glass façade with part of the 1893-vintage limestone original. Four old floors on the 23rd Street side are to be demolished for 18 new ones with a glass curtain-wall facade rising to 27 floors. Some 1.2 acres of outdoor roof and terrace overlook Madison Square Park, notably on “garden floors” 10 and 11.

Durels said, “our most likely market” is for tech, accounting, media, engineering and fintech firms. Office rents will mirror those in central Manhattan, “triple digits,” he said.

In addition to an expected LEED gold rating for environmental sustainability, the tower aims for a WELL Building Standard, a global rating system for workplace health. It will feature an air-conditioning system that circulates 100 percent outside air. Some 23,000 square feet of retail space will likely include a 15,000 square-foot “artisanal gourmet” food market, Durels said.

Skyrocketing Prices Cause Businesses To Close In The West
Is @elonmusk trolling? #shorts
The Best Vanguard ETFs To Buy In 2023 (High Yield Dividend)
Flipping houses. South Side Chicago. Kitchen. NEGC Remodeling. Click subscribe to see our projects.
If you’ve been thinking of getting into house flipping, it’s time to take action!