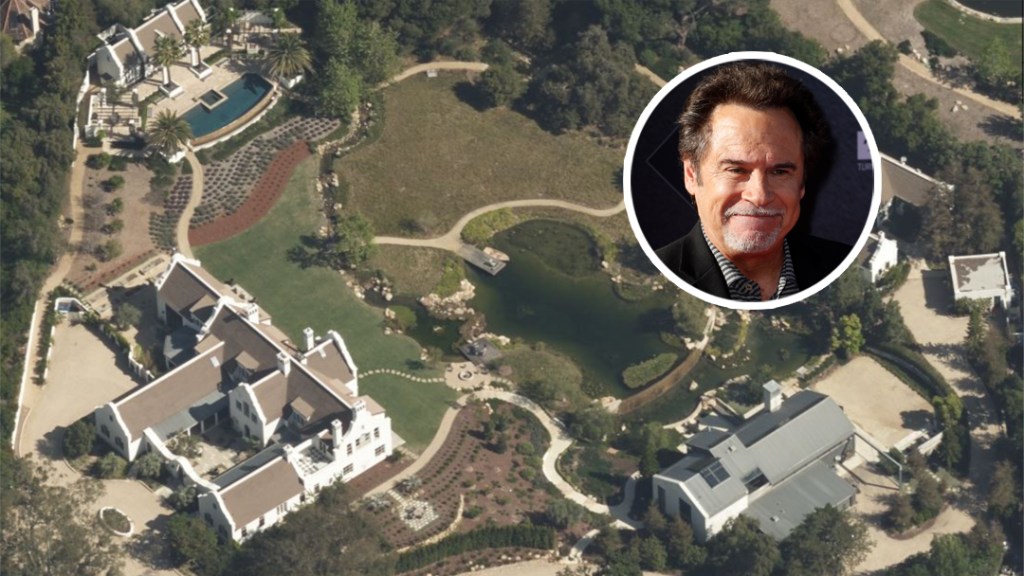 In a deal completed off-market, “Saturday Night Live” alum-turned-talk show/radio host and conservative political commentator Dennis Miller and his longtime wife, former model Slim Paley, have sold their custom-built Montecito estate for exactly $49 million in an all-cash deal. That’s the second-largest amount recorded for an area home in recent years, behind only the $63.3 million paid by construction heir Riley Bechtel for a much larger estate last month.

It’s just the latest in a rapid-fire succession of massive Montecito transactions, as the neighborhood has seen a flood of moneyed house shoppers since the Covid-19 pandemic first hit, culminating in at least eight closed sales of $25+ million since the summer — while the Miller transfer actually closed in early October, it appears he and Paley are still living on the Montecito premises. And the mystery buyer’s name is deliberately concealed behind an oddly-named trust — with a Los Angeles address — making it likely their identity will not be publicly known until they move into the home.

According to records, Miller paid about $11 million for the property in 2006, and subsequently spent much of the next 10 years constructing his new Montecito dream estate. Today, the eye-popping complex consists of five separate structures on a three-parcel lot totaling 4.3 acres — there’s a 9,000-square-foot main house, a guesthouse, a poolhouse, a detached garage, and a so-called “barn” designed by acclaimed architect Tom Kundig.

All five of the structures encircle a massive lily pond — it’s more like a small lake, really — complete with a rowboat and stocked with fish. There’s also an infinity-edged swimming pool that overlooks the pond, and meandering pathways that criss-cross the compound, making the whole place feel far more like an exotic resort that just another Southern California mansion.

Altogether, there are well over 16,000 square feet of living space, plus off-street parking for dozens of cars. Since the estate was never on the market, photos and details are mostly scarce, but it’s known that the authentic South African Cape Dutch-style house is loaded with custom amenities that include checkerboard-style grey-and-white marble floors, numerous indoor and outdoor fireplaces, covered patios, and manicured grounds that include an organic vegetable garden, grassy hillsides, and numerous mature trees.

Miller and Paley still own a vacation home in Sun Valley, Idaho, though they’ve long made the Montecito area their primary residence. At one point, they owned an oceanfront Carpinteria mansion that was sold for $19 million in 2015 to tech entrepreneur Lynda Weinman, who flipped the house this September for $23.8 million to Golden Knights owner Bill Foley.