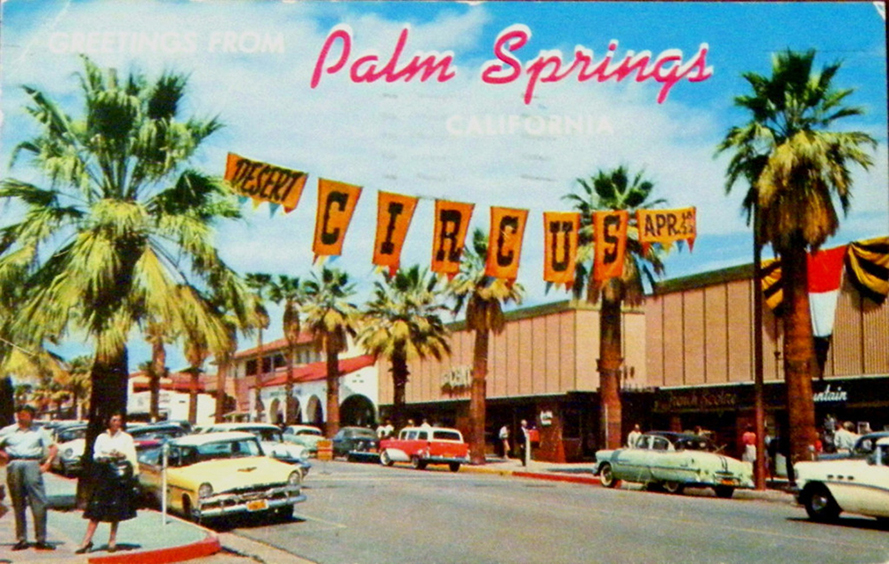 You know it as a midcentury modern mecca and major center for art and culture. But Palm Springs, Calif., has a long history that stretches back beyond the 1940s and 1950s — all the way to pre-colonial times, when a Native American tribe inhabited the area hundreds of years before the arrival of Europeans in the 18th and 19th centuries. So how did the desert city become the beloved, celebrity-filled icon that we know today?

Long before this area of the Colorado Desert’s Coachella Valley was called Palm Springs, it was referred to as Pal Séxey, or Séx’i — “boiling water” — by the Cahuilla, the people of various Native American tribes of the Cahuilla Nation that inhabited the area. Starting around 2,000 years ago, the Cauhilla began occupying parts of Southern California, in particular the desert’s Palm Canyon during winter months and the cooler (albeit still toasty) Chino Canyon in the hotter summer months — just a few minutes drive outside downtown Palm Springs.

Because of the area’s isolated geography in a valley (not to mention its extreme desert heat!), the Cahuilla had limited encounters with Europeans even into the 1700s and early 1800s. Starting in the mid-19th century, though, this changed when California became a state in 1850 and the United States government sent a survey party to the area to map out its natural hot springs, known by the Spanish as Agua Caliente. The topographical engineers conducting the study mentioned the oasis of palm trees and springs, calling it (drum roll) … Palm Springs.

A short twenty years later, the government, now feeling entitled to the land that the Cahuilla had been occupying for a millenia, decided to split it between the tribes and the Southern Pacific Railroad in an effort to bring rail lines through the area.

Best Investing Strategies: Real Estate vs Stocks
$3.6MM Luxury House Flip Before & After – Farm House Renovation Before and After, Luxury Home Tour
WHY Flipping Houses Never Made Me Wealthy…
What Drives You? (Discovering Your Real Estate Burning Why)
Hack Strategy to Flip Houses Using A Self Directed IRA