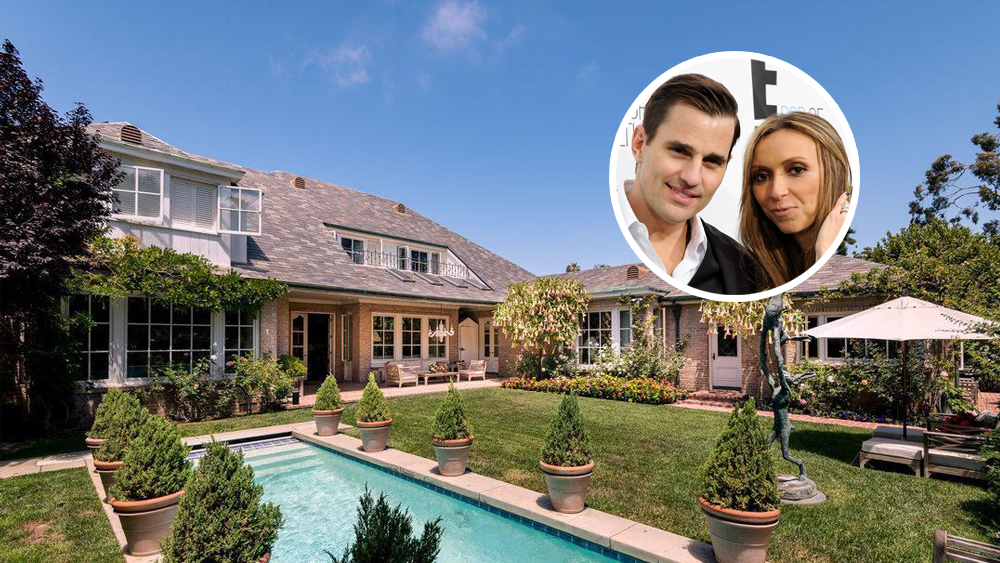 Married reality TV stars Bill and Giuliana Rancic are checking out of L.A.’s posh Brentwood neighborhood, having sold their Georgian-style estate for $10.7 million in an off-market deal. That’s a hefty $3 million more than the OG “Apprentice” winner and his E! News alum wife paid less than two years ago, though the couple did give the place a trendy remodel during their short ownership tenure. Records suggest the buyers are Jim and Andrea Gordon, a hedge fund-rich couple from Chicago.

Gated and shielded from prying eyes behind a towering wall of trees, the former Rancic estate packs in five bedrooms and six baths into 8,300 square feet of living space. Built in 1986, the home sits on a nearly half-acre lot in the ultra-prime Brentwood Park section of Brentwood, and contains many elegant elements of a much older property — formal wainscoting, parquet hardwood floors, and a wood-paneled study.

Because the home was never on the market, the scope and scale of the Rancic’s renovations is not clear. But the place still offers a lush, grassy backyard surrounded by enormous hedges, a swimming pool, and formal gardens. Around one side of the house, there are — or were — rows of wooden planters filled with organic vegetable producers.

In the years since their 2007 marriage, the Rancics have opened various businesses, including their RPM restaurant chain, a clothing line sold on HSN, and a wine line sold in Target. That’s in between TV hosting duties for everything from “Fashion Police” to Food Network’s “Kitchen Casino,” and the pair also wrapped the seventh and final season of their popular “Giuliana and Bill” reality show way back in 2013.

Over the years, the couple have bought and sold more than a dozen residences between L.A. and Bill Rancic’s native Illinois. Today, they split their time between a main residence in Chicago and a vacation home in pristine Coeur d’Alene, Idaho.