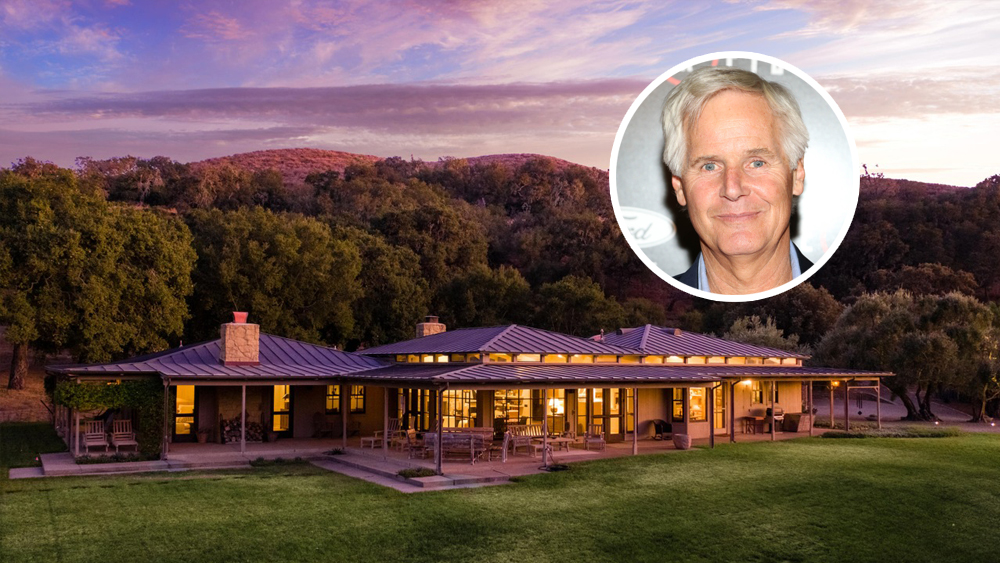 Prolific showbiz multi-hyphenate Chris Carter, still best-known for creating the iconic ’90s TV series “The X-Files” and its corresponding film counterparts, has sold his massive ranch in the Santa Ynez region, a semi-remote area about 45 minutes due northwest of Montecito and Santa Barbara by car.

Property records reveal Carter and his longtime wife Dori Pierson acquired the 130-acre estate almost exactly two decades ago, in June 2000, for $4 million. Beginning in 2013, the couple embarked on a multi-year quest to sell the property, but they didn’t locate a buyer until this summer, when the place finally sold for $6.5 million. Records show the new owner is a strangely-named entity that links back to a Houston office building owned by real estate magnate and billionaire heir Kevin Glazer.

Nearly all of the sprawling estate is open pastureland and rolling, oak-studded hills. But there’s also a fully-upgraded ranch house that was extensively renovated by Carter during his ownership. Inside, a soothingly neutral color palette and contemporary decor make for a perfect R&R retreat. Abundant natural light is welcomed by towering walls of glass and the vaulted ceiling, which features exposed wood beams.

While the kitchen isn’t particularly big, it’s fully decked out with top-of-the-line stainless appliances and expensive stone countertops. The master bedroom has its own fireplace and pastoral views, while the master bath offers a stone shower with rainfall showerhead, plus a separate soaking tub.

Other deluxe estate amenities include covered patios that wrap around the entire house, a manicured grove of mature olive trees, a detached caretaker’s cottage, and a four-car garage. There are also two guest suites ensconced in their own private upstairs wing of the main house, and a separate “owner’s pottery studio,” per the listing.

This is also a full-fledged equestrian farm with a custom horse barn and hay storage, large arena and fenced-in pastures for livestock. Two working wells are more than adequate to supply water to the existing ranch, or could also support a new vineyard — should the new owner be fond of California wines.

Carter and Pierson once custom-built a stunningly gorgeous blufftop home on Malibu’s Point Dume neighborhood that they sold back in 2010 for $16 million to apparel mogul James Perse. (Perse, for his part, sold the house earlier this year for a whopping $34.2 million to its current owner, tech mogul Ted Waitt.)

A peek through records reveals the syndication-rich couple continue to maintain a hefty real estate portfolio that includes a Santa Monica condo, two properties in Montecito, and a multimillion-dollar estate in Jackson, Wyoming.

Hang on, now you have to pledge allegiance to the climate change gods to get a job? | Redacted News
The American Dream vs Reality: Home Prices and Rents in America
STOP BUYING HOMES: The Housing Market is a Total SCAM
What are the trends in the 2023 housing market?
I have the right to poop on the street. #shorts