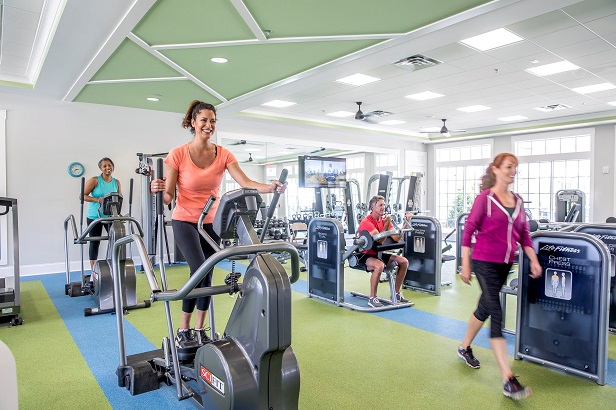 The fitness industry has struggled during COVID-19.

In May, five of the strongest national brands saw visits down an average of 84.5% year over year, according to Placer.ai.

But as the pandemic now stretches past six months, gyms are beginning to mount a modest comeback. It turns out being stuck at home has increased people’s longing for working out in the gym.

In September, those brands are beginning to recover as visits are down just 46.5%, according to Placer.ai. The top performers are Anytime Fitness and Planet Fitness, whose visits are down only 23.7% and 35.4% year over year, respectively, in September.

Placer.ai looked at the weeks beginning August 31st, September 7th, September 14th and September 21st. Planet Fitness saw its average visit decline over those four weeks at just 37.4%, which was a 10.9% improvement on the visit decline from the four weeks prior. LA Fitness and Gold’s Gym saw gains of 7.9% and 4.9% on this average decline, respectively, over the same periods.

Where gyms are located had a significant role in how quickly they have bounced back. As California deals with a resurgence of COVID and more shutdowns, Planet Fitness is coping with declines, according to Placer.ai.

Placer.ai’s data is consistent with what Yelp reported in September. It said that while restaurants, retail, gyms and the beauty industry were still suffering, things were stabilizing overall.

For commercial real estate, the recovery of fitness centers is pivotal. As soft goods retailers closed their doors, many shopping center landlords were depending on gyms to take their place.

The gyms didn’t just fill space. They also brought energy, visibility and foot traffic to shopping centers, even if they tied up parking space.

“Even though there were still some of those parking concerns, it was better than having a big vacant space that was just empty, and nobody knew what we were going to do with it,” Nick Banks, principal, managing director and global leader of Avison Young’s retail affinity group, said in an earlier interview with GlobeSt. “So before COVID, gyms were one of the bright spots of retail that we’re occupying big chunks of space. So it was a real success story.”

It can be again if people keep coming back to the gym.

4 Resources for Investors To Stay Ahead
How To Start House Flipping As A Beginner (2023 Guide)
Home Sales Fading: Florida Housing Market Update
Is @elonmusk trolling? #shorts
3 Real Estate Investing Strategies You Must AVOID in 2023