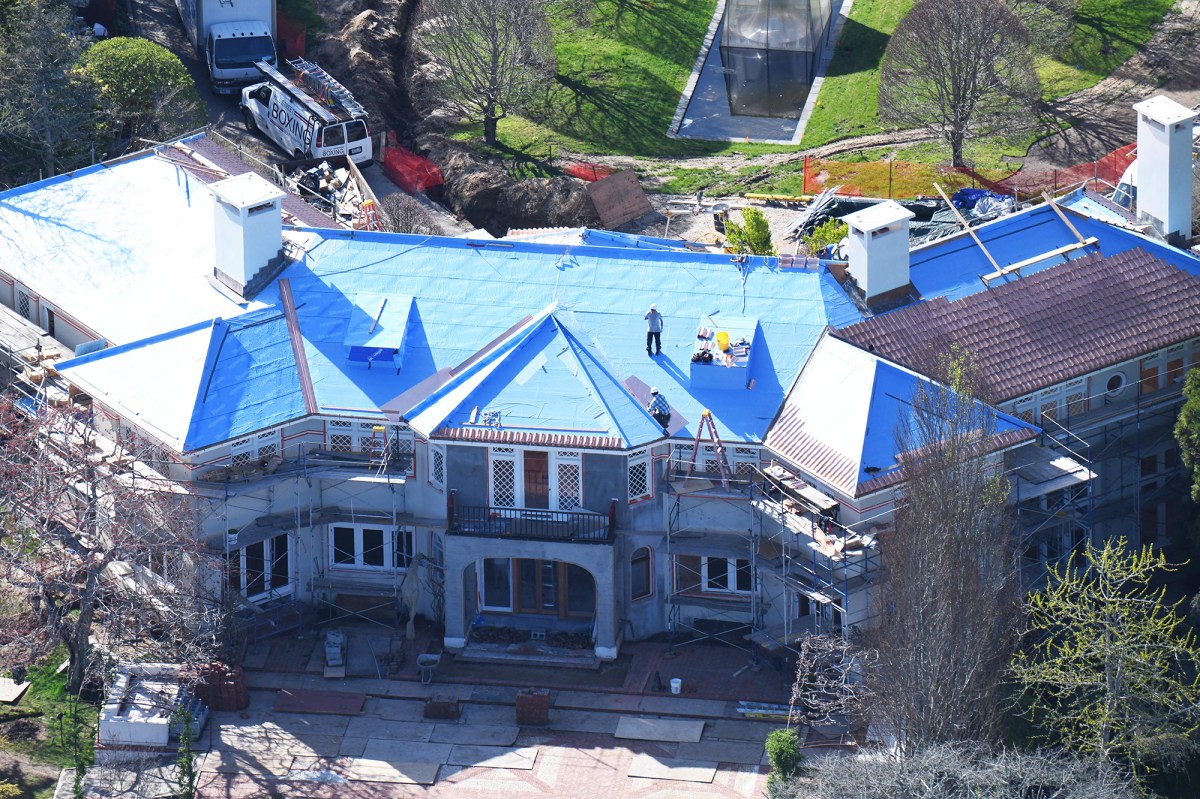 The billionaire businessman behind Revlon is entertaining offers for his Hamptons property known as “The Creeks” for around $180 million, sources familiar with the situation said.

A Perelman spokeswoman on Friday denied the heavily guarded estate, which sits on 57 acres right by Georgica Pond, is for sale “officially or unofficially.” But brokers to billionaires have been getting word from Perelman insiders that it’s open to offers — what’s known in the trade as a “whisper” listing, sources said.

“The Creeks” is one the biggest properties in the Hamptons and has been host to stars like Jennifer Hudson, Usher and Jon Bon Jovi, all of whom have belted out tunes on a floor still splattered with paint from the late and legendary Jackson Pollack at Perelman’s annual Apollo charity benefits.

The luxury estate was the subject of an attic fire two years ago, but Perelman wasn’t home at the time and no one was injured.

The sale comes as the 77-year-old businessman has been selling off assets like it’s the end of the world — a public process that’s become the subject of gossip from Wall Street to Washington DC, where Perelman has been a donor to pols on both sides of the aisle, from Hillary Clinton to President Trump.

His daughter Samantha, from his second wife and legendary Page Six editor Claudia Cohen (he’s been married five times), has also put her lavish East Hampton estate on the market for $150 million, sources say. That property, at 153 Lily Pond Lane, sits on 8.5 acres and is where Samantha hunkered down during the pandemic and celebrated her 30th birthday.

The estate runs from Lily Pond Lane to the ocean and features “all the bells and whistles” like a great lawn, pool and tennis court, sources said. “I was supposed to see it yesterday but it was raining — and it is way overpriced,” dished one top broker who did not want to be named.

Perelman’s downsizing efforts have included the sale of his 70 percent stake in Humvee maker AM General in July, as well as the auctioning of paintings by Joan Miro and Henri Matisse for $37.3 million, also in July.

Last year he hired Goldman Sachs to “explore strategic alternatives” for Revlon where $3 billion in loans came due this year, according to Fortune. He’s also reportedly looking to offload to his 39 percent stake in Scientific Games, which makes gaming equipment for the casino industry. Perelman has also sold his pet publishing project, The Independent, a money-losing but popular East Hampton paper in June.

The downsizing comes as Perelman’s net worth has collapsed to $4.55 billion, according to the Bloomberg Billionaires Index, down from closer to $20 billion in 2018.

The billionaire recently tried to put a stop to the endless gabbing about his selling by issuing a rare statement to Vanity Fair saying he desires “a less complicated and less leveraged business life.”

“A simpler life, with less running around and more time with my family, including homeschooling our youngest children, has energized me and taught me new things. For the future, I will spend my time more with my family and all my children, seeking new investment opportunities, and running our companies.”

When asked why he is selling now, one source opined: “He was sick and had an operation on his leg. Maybe this is part of estate planning. You just don’t know. But this is a pre-vaccine Covid market and the impact and reach of it is worldwide.”